'Maleficent' is better than the recent fairytales trying to have an adult spin, but It's still a missed opportunity 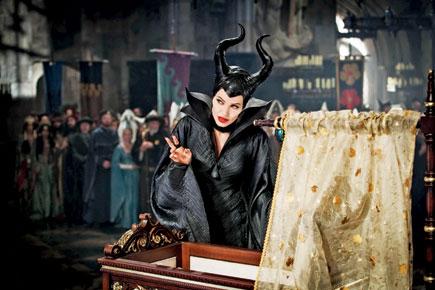 'Maleficent' has amazing visuals. They're beautifully dreamy and intricate. The 'otherworldly' elements are presented with green meadows, streams and frolicking fascinating creatures. In short, some of the imagery will blow you away, even in 3D.

Surprisingly, the story of 'Maleficent' isn't too shabby either – it's an interesting new take on the villain from Sleeping Beauty. I didn't think I wanted an origin story of this particular character, but when I began watching the film, I understood there was a lot of potential in fleshing out a great story. And to her credit, writer Linda Woolverton goes pretty deep and dark, way beyond the Disney audience of kids. The reason why 'Maleficent' becomes evil is brutal – a boy cuts off her wings after giving her a poisoned drink. And the film makes no effort to hide the metaphor of rape – when Angelina Jolie wakes up in pain, she renders a relevant raw emotion.

This is pretty unsettling stuff for a kids film. And I wanted more of this. It's where the disappointment begins, because after this point, the film just stops being the out-of-the-box idea that it set out to be. It becomes a generic kids film, one which even kids won't really dig because of the brutal rape scene. All they're expected to do is to gawp at the lovely CGI on display.

Directed by Robert Stromberg, 'Maleficent' feels like it was forcefully dumbed down by the studio to appeal to wider audiences.

Stromberg has done the visual effects for Alice in Wonderland and some of the biggest VFX films over the past two decades. Though he's a terrific technician and visual artist, he's a terrible storyteller.

Stromberg has everything at hand, but the way he executes the story and the technology is grotesque. All his actors speak in exaggerated 'kiddie movie' tones and the narrative is all over the place. There are three pixies that are magnificently animated but are more irritating than the racist robots from Transformers. There is voiceover to overexplain the already overexplained stuff happening on the screen.

Like in 'Frozen', this film tries to subvert the fairy tale tropes, but the way it does it makes it hard for us to adore the film. Unlike the haunting Lana Del Ray song accompanying it, the film is jarringly loud. The story becomes predictable soon enough, and it's a real drab waiting for the characters to do the inevitable.

The cast is fine, although Sharlto Copley once again plays the same bearded crazy character from Elysium. Jolie reminds us that if anyone in Hollywood needs an evil woman with a freezing stare, she's available for work.

The film is definitely better than the misbegotten Snow White and the Huntsman and the other recent fairytales trying to have an adult spin, but it surely isn't a classic.

It's a missed opportunity.