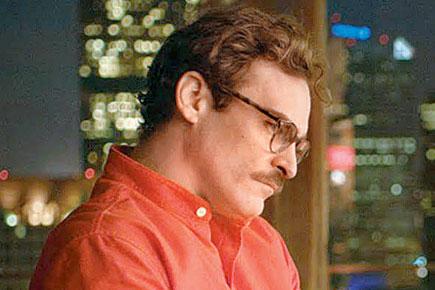 A review of Spike Jonze’s Her at this time is a difficult and futile task. There is nothing about the film that hasn’t been written about. It’s been constantly talked about on internet forums and heavily dissected by nearly everyone who has seen it. It’s the quintessential movie of our generation. And we’re lucky that we get to see it on the big screen here in India. So I’ll give you ten reasons to watch this film at the cinema. 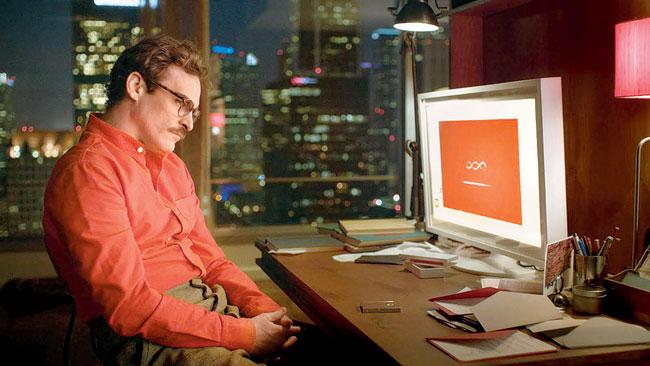 Joaquin Phoenix in a still from the movie

1) The film’s story involves a man falling in love with a computer operating system, and that director Spike Jonze could make that plot into a heartfelt and believable drama is insane.

2) Spike Jonze is a hell of a filmmaker. This is the same guy who made Jackass and Being John Malkovich, and now Her. He can make a masterpiece in risqué fratboy comedy, a masterpiece in surreal cerebral arthouse cinema, and a masterpiece futuristic sci-fi drama. The extent of his imagination and his creativity is infinite.

3) The film takes place in the future that is actually believable and highly possible. Instead of leaping out in front of our eyes with lasers and space ships, the sci-fi elements in Her merge into the story and in the background of its characters. That makes the audience focus on and care about the characters rather than look at the shiny CGI gizmos.

4) Joaquin Phoenix is probably the best actor out there. He spends the whole movie looking at blank space and talking to a computer, and yet he manages to make us feel for him rather than be distracted by this filming technique. Unlike in The Master, he has no tools to work with except for a mustache, and he still kills it.

5) Scarlett Johansson’s voice is mesmerising enough to make you feel a variety of emotions. You never get to see her and yet you somehow end up investing yourself in her character. And she does this without distracting us with her familiar star power. You don’t feel like Phoenix’s character is talking to Scarlett Johansson, but to her character Samantha.

6) This is a movie meant for nearly everyone who has ever been through heartbreak. And that demographic comprises of almost everyone in the world, and definitely everyone on the internet. It will make you laugh, then giddy with its charm, then punch you in the gut and make you reach out for a few dozen tissue papers.

7) Despite its ability to bring some onions near your eyes, it is never schmaltzy or saccharine. It’s affecting and sublime, but never corny. It’s moving, but never mawkish. And even in the film’s most heartbreaking scene, the frame only contains a character looking at a wall. The fact that this was somehow achieved is incredible.

8) A lot of the film’s power comes from the wonderful music of Arcade Fire. The song Synchronicity will be on your playlist as soon as you exit the theatre.

9) The script is full of one-liners that will be used in pop culture in the years to come. One of which is ‘love is a socially acceptable form of insanity’.

10) If none of the above impresses you, the film has Amy Adams wearing no makeup, yet still looking gorgeous, playing a character you will fall in love with.