There's nothing breathtaking here and neither is Kenneth Branagh able to deploy tension as a strong tool for the audience to derive benefits other than the oh-so-awesomely-obvious. 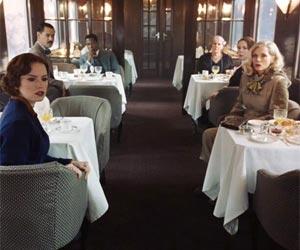 'Murder on the Orient Express'

Shakespearean actor/Director Kenneth Branagh, takes a shot at Belgian detective Hercule Poirot in this 21st century digitally boosted retake of the 1974 movie adaptation of Agatha Christie's most-read novel, helmed by Sidney Lumet, having Albert Finney in the eponymous role. While the movie is lush and has a venerable list of Hollywood icons in its fold, there's not much purchase to be had here other than the visceral. Everyone's a suspect when a lavish trip starting from Stamboul (Istanbul) through the Alps of Europe gets hindered by a murder on board. And as Detective Hercule Poirot (Kenneth Branagh) is already resident on the train it's his job to catch the culprit. 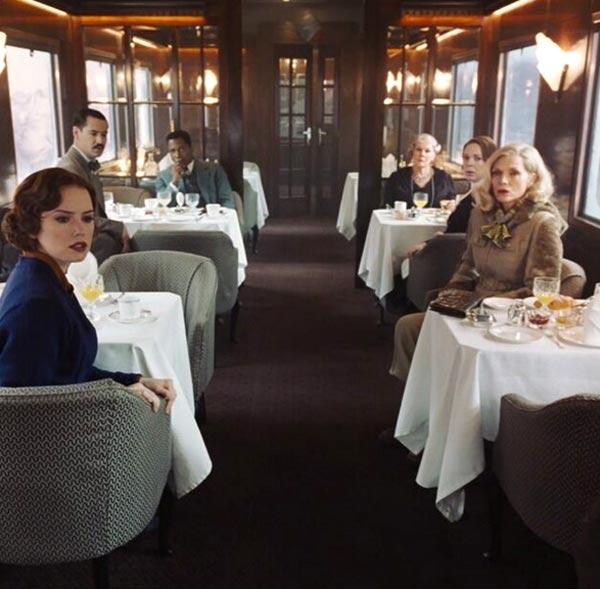 A still from 'Murder on the Orient Express'

Hercule Poirot self-proclaims himself to be the world's greatest detective and even refuses to offer protection to shady fake antiques dealer Edward Rachett (Johnny Depp) even though a princely sum was on offer. His days on the train are interesting enough though- what with the train line's business director Bouc (Tom Bateman) and the 13 passengers (Penelope Cruz, Judi Dench, Willem Dafoe, Josh Gad, Leslie Odom Jr, Micelle Pfeiffer, Daisy Ridley, Derek Jacobi, Lucy Boynton, Sergei Polunin, Olivia Colman, Miranda Raison, Manuel Garcia-Rulfo) on-board venerating his legendary abilities every minute they bump into him. So there's not much surprise when someone gets murdered, stabbed multiple times and there are so many clues obviously placed in his cabin leading up to several red herrings along the way. The luxury locomotive traveling from Istanbul to Calais is grounded on a precarious trestle when an avalanche comes hurtling down the snow-capped mountains. It's a visually arresting sequence and as much of the movie, looks fantastic but plays out in hollow not-so-engaging fashion. There's nothing breathtaking here and neither is Branagh able to deploy tension as a strong tool for the audience to derive benefits other than the oh-so-awesomely-obvious.

The who's who in the cast don't matter much because they have very little to do other than get paraded/interrogated as suspects. So it's Brannagh who hogs the show from the word go. His role is well rounded, obviously, but the rest of the characters are written in miserly fashion. Haris Zambarloukos' cinematography through 65 mm cameras lends epic proportions to the visuals and period detailing is near perfect. Appearances are more important than character depth and that puts paid to deeper involvement here!