Representing India on the world stage, multi-platinum rapper-singer-songwriter- dancer Raja Kumari has been roped in by Spotify, Instagram, Amazon Prime, and YouTube for their respective global AAPI campaigns. 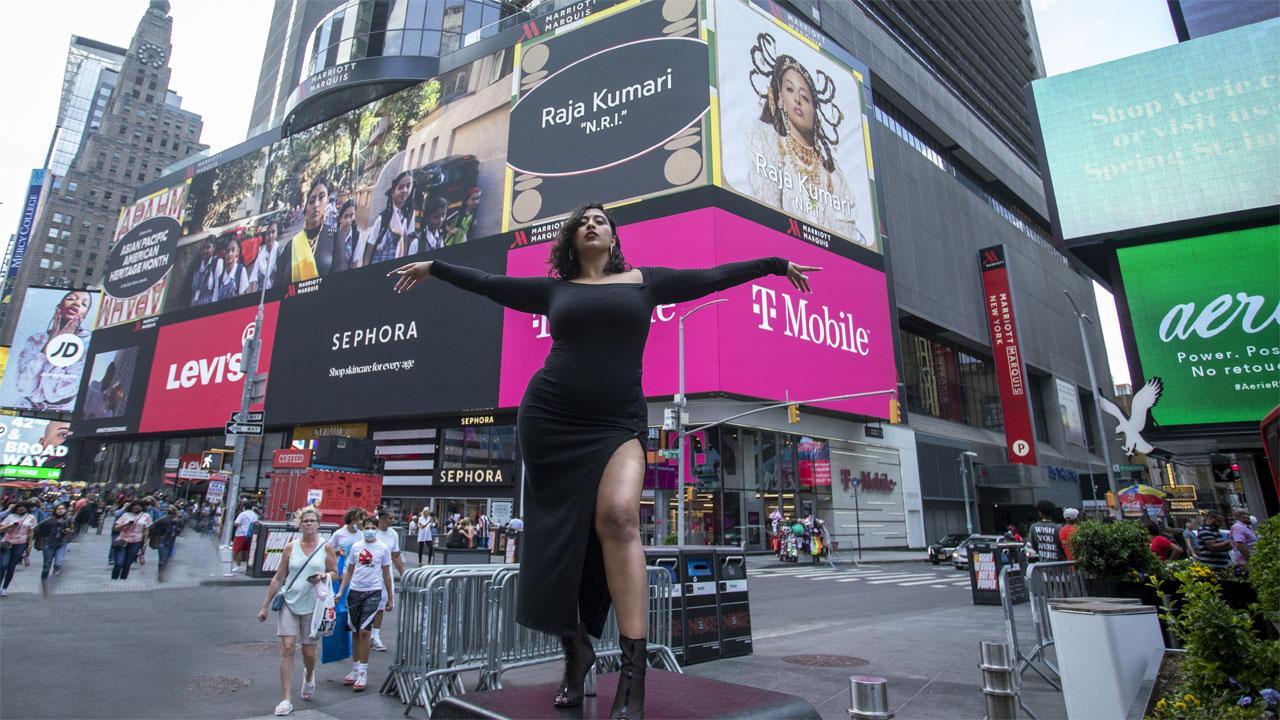 
With a marked increase in anti-Asian discrimination, stereotyping and violence making international headlines earlier this year, Asian American and Pacific Islander Heritage Month has embraced a renewed sense of purpose. The month of May has been dedicated to celebrating the many contributions and cultures of this diverse community, through narratives revolving around heritage and culture, pride and faith, sacrifice and resilience, all captured at this pivotal moment in time.

Amongst other communities, the entertainment community has taken note, with many announcing a range of initiatives to observe the annual month-long celebration that honours the contributions of the AAPI community in America and around the world and gives a glimpse into the lived experiences and diverse cultures of the broader Asian diaspora.

Representing India on the world stage, multi-platinum rapper-singer-songwriter- dancer Raja Kumari has been roped in by Spotify, Instagram, Amazon Prime, and YouTube for their respective global AAPI campaigns and has featured on exclusive billboards and hoardings in prime hotspots across New York, Los Angeles, and San Francisco.

The Grammy-nominated music trailblazer will be a part of Spotify’s AAPI content hub with her music featuring on several playlists including Dope AF, a collection of work from leading cool Asian, femme women across the diaspora; .ORG which shares the latest indie sounds from Asia; Desi Hits, a curated list of Desi hits from South Asia and around the world; and AAPI Pride which celebrates artists who are queer Asian American or Pacific Islanders. She has been featured on the “Proud to Be AAPI” social campaign, sharing stories about why she’s proud of her heritage.

As part of the celebrations, she will feature on YouTube Music’s flagship playlist entitled “Celebrating APAHM” and YouTube Spotlight channel which will showcase what it was like for her growing up and living in North America while “juggling multiple cultures, languages and customs” and how those experiences shaped who she became.

With Amazon, she will participate in a series of interactive Bollywood trivia aside from an in-depth banter revolving around her experience with representation in media as an Indian American.

To sustain the conversation around her Asian-American experience; she will be helming Instagram’s #RethinkOurInfluence campaign, diversifying her feed to include portrait series, reels, and hero films that aspire to shift the model minority myth.