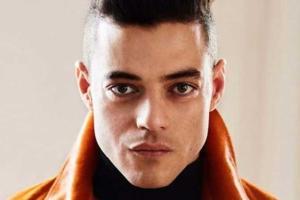 
Actor Rami Malek says he was shocked when he got an offer to play the role of late singer Freddie Mercury in the biopic "Bohemian Rhapsody". "At first it was pure shock. As an actor, I don't think there's ever this law of depreciating excitement when things like this happen in your career, especially when you are being asked to play Freddie Mercury," Malek told IANS over an email.

"Bohemian Rhapsody", a Mercury and Queen biopic, explores the rise of the band with focus on Mercury's personal life, his sexuality and the way he dealt with his fame. Fox Star Studios is releasing "Bohemian Rhapsody" in India on November 16.

Talking about getting the film, he said: "It's a moment that halts you in your tracks and it is at once euphoric and thrilling and then there's a hit of the magnitude and of the weight you have to take on with this legendary man who lives in the hearts of so many people and is revered as being one of the most talented artists of any generation."