Spider-Man: Into the Spiderverse has many surprising cameos

Sony Pictures Entertainment India is all set to release Spider-Man: Into the Spiderverse' on December 14th, 2018 in India 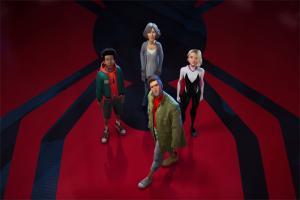 Spider-Man: Into The Spiderverse still


Noted to be the definitive and slick superhero animated caper of the year, Spider-Man: Into the Spiderverse features some surprisingly awesome cameos by some big names. It has already been revealed that Stan Lee has a cameo in the animated movie but according to early reviews, the team has paid a fitting tribute to Lee and his legacy.

While Stan Lee is probably the best cameo in Spider-Man: Into the Spider-Verse, there are a number of others that tease a whole other world of options for the future. The surprise cast members revealed are Peter Parker-Chris Pine, Mary Jane-Zoe Kravitz, Doc Ock-Kathryn Hahn, Vanessa Fisk-Lake Bell, Green Goblin-Jorma Taccone, Brooklyn Bystander-Rapper Post Malone.

While one name that pops up and is very much spoiler worthy is Oscar Isaac. Oscar Isaac is listed in the Spider-Man: Into the Spider-Verse credits as "Interesting Person #1," but it has been revealed that he is playing Miguel O'Hara, aka Spider-Man 2099, which is a pretty big deal.

The movie will be hitting the theatres this week, but the early buzz is extremely positive and these new secret cameos will more than likely bring some more fans into the theatre.

Next Story : Chris Pratt has lost weight with intermittent fasting