Chandramukhi: Vishwas Patil's novel to be made into a feature film

Vishwas Patil's novel, Chandramukhi, is now being adapted into a film by filmmaker Akshay Bardapurkar. Will it be worth a watch? 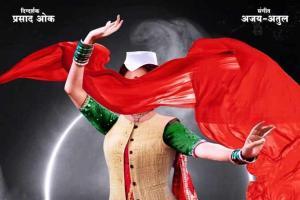 
The name Chandramukhi was first read and heard of in the context of Marathi Literature, through the writings of renowned writer Vishwas Patil. Now the name will be seen once again through the Big Screen.

A new film, Chandramukhi, was announced in the first very month of the new year. Casts a spell on many through her looks and dance moves, Chandramukhi is an important character in Vishwas Patil's novel. The film based on his novel has just had its teaser poster released on social media.

This film has been produced by Planet Marathi's Akshay Bardapurkar. What is special is that Mr. Akshay and his Planet Marathi are hitting a hattrick through this movie after AB Aani CD and Goshta Eka Paithanichi. For the first movie, Mr. Bardapurkar had teamed up with the legend Amitabh Bachchan and the second film was a beautiful story woven around the character of Sayali Sanjeev. Now, the movie novel based cinema, Chandramukhi will be coming to meet the audience.

Vishwas Patil's Chandramukhi is an excellent novel that weaves together the worlds of Politics and Tamasha. Everyone is now curious as to the actress who will do apt justice to the character of Chandramukhi.

When a movie is made on a popular novel by a renowned writer, it is but natural to be curious about the director and the scriptwriter. Because the story in the novel deserves to be presented as powerfully on the silver screen. Prasad Oak's ability to do exactly that has been experienced by many through his movie Hirkani. The script and dialogues of the movie Chandramukhi have been written by Chinmay Mandlekar. This successful Writer-Director pair of Hirkani has come together once more for this project.

Ajay-Atul, the magical pair whose music has ruled the hearts of Marathi, Hindi and other regional language audience; who always are showered with requests for an encore; who have been listed by 'Forbes' in the 100 most popular and famous celebrities, will be giving music to Chandramukhi.

The cinematography for Chandramukhi is by Sanjay Memane. The trio of Prasad Oak, Chinmay Mandlekar and Sanjay Memane is reuniting, it is sure to be a treat for the audience.

Next Story : Thalaivi: Arvind Swami looks like a spitting image of MGR