Exclusive! Hansika Motwani: I never auditioned, I never had a portfolio

Last month, Hansika completed 50 films. On this special occasion, she spoke to Mid-Day.com about her 50th film 'Maha' and her journey so far 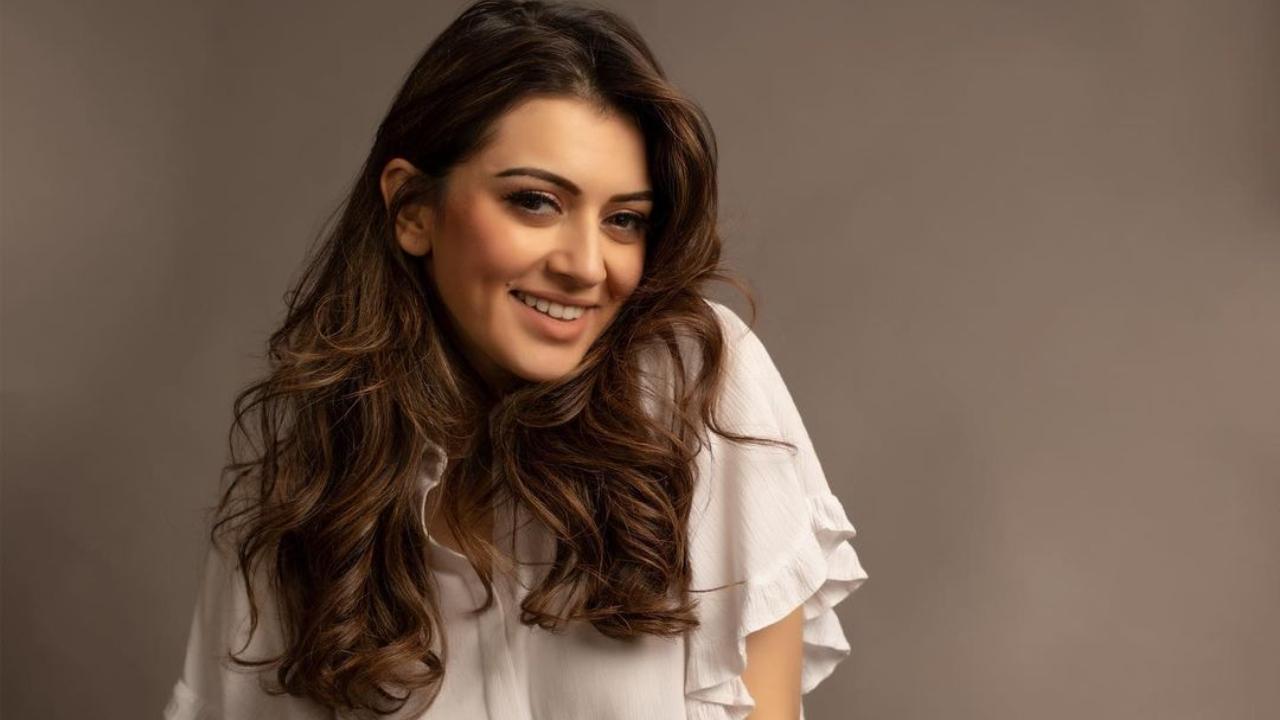 
Hansika Motwani turns a year older day. The actress started her screen journey as a child artist and is associated with shows like 'Shaka Laka Boom Boom' and 'Des Main Niklla Hoga Chand' and movies like 'Koi...Mil Gaya' and 'Aabra Ka Daabra'. At the age of 15, she made her debut as a leading lady opposite Allu Arjun in the Telugu film 'Desamuduru'. Last month, the actress completed 50 films. On this special occasion, Hansika spoke to Mid-Day.com about her 50th film 'Maha' and her journey so far.

Hansika’s 50th film is currently streaming on Aha Tamil and the actress has been receiving rave reviews for his performance in the film. “I've got immense, warm responses from people, a lot of appreciation because people have not seen me in this kind of role ever. And people are like, ‘Wow, Hansika we didn't know that you have this streak in you too'. I am very happy with the response," she said.

Hansika revealed that when the script of 'Maha' came her way, she was not aware that it would have marked her 50th film. “I didn't know it was my 50th film because I am a person who keeps working and keeps hustling. So when I go to know that it is my 50th film that's when I decided it has to be very different from the films that I was doing. It was also my first female-centric film and the first time I'm playing a mother. So everything was very, very challenging," she shared.

Hansika also admits that she did have the pressure of carrying the film on her shoulder. “But I think the pressure is good. I work better under pressure I feel. Challenges and pressure, it just pushes me more to do better. So I think it was good for me”.

“For me, my hero heroine is the script. I always say this that doesn't change with 50 films or 100 films. For me, the content is very important. But now, I also see the script as an audience. Will I like the script and the movie enough to make me go to the theatre? This is a very important aspect for me. So yes, when I hear a script, I should not get bored and I should enjoy the process or even the narration. So yes, I hear it as an audience,” she said talking about what makes her say yes to a film.

Also Read: Hansika Motwani is having a ball

From child actor in the Hindi language to South Indian heroine

Hansika became a popular face as a child artist with her performance in the hit show 'Shaka Laka Boom Boom' and movies like 'Koi…Mil Gaya' and'Aabra Ka Daabra'. However, today she is a successful actress in the Southern film industry. Talking about this transition, she said, “Puri (Jagannadh) sir basically saw me somewhere, I don't know where he saw me, and his team reached out to my mom. My mom was like if you want to give it a shot, you can give it a shot. And that's how I became an actor. I never auditioned I never had a portfolio, nothing, even as a child. Everything just happened. I do feel I'm destiny's child because things have worked well in favour of me. And then I did my first film with Allu Arjun and Puri sir,and it was lovely. So it just happened and I just love the industry. They welcomed me so beautifully that I never looked back”.

Revealing why she cannot choose one from her 2-decade-long career, she said. “I'm a greedy actor. I can't pick one. And also, I'm very, very critical about myself.” “The day I get satisfied with my job then that is the last day of me working. I am not going to grow. I have to keep hustling. I have to evolve as an actor,” she added.

The actress has a total of seven projects in the pipeline and assures that all films are very different from each other and belong to distinct genres.  She will be seen in 'Partner', 'Rowdy Baby', 'MY3', Untitled Igore film, and an untitled Vijay Chander film in Tamil and two films in the Telugu language.