Is Ananya Panday heading for the South film industry? 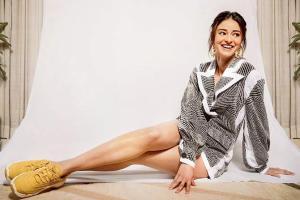 
If the grapevine is to be believed, Ananya Panday will feature in Puri Jagannadh's Fighter, starring Vijay Deverakonda. The Telugu film, which rolled on Monday, has yet to announce the female lead. The thriller's Hindi version will be presented by Karan Johar.

Those in the know say that KJo has suggested the name of his Student of the Year 2 (2019) actor. Panday is a fan of the Arjun Reddy (2018) star and has also done a photoshoot with him. Earlier, there was tattle about Janhvi Kapoor being part of the project.

Fighter marks the maiden collaboration of Vijay and Puri Jagannadh. According to IANS, Deverakonda will have a stutter in the film. The Arjun Reddy actor has also undergone training in mixed martial arts in Thailand for this project. He's expected to sport six-pack abs for this project, which is aiming for a summer 2020 release.