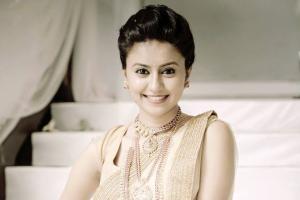 
Bigg Boss 3 Kannada contestant and actress Jayashree Ramaiah on Wednesday left her fans worried after she posted a cryptic message on her Facebook account. The actress took to social media and wrote, "I quit. Goodbye to this ***** world and depression (sic)". 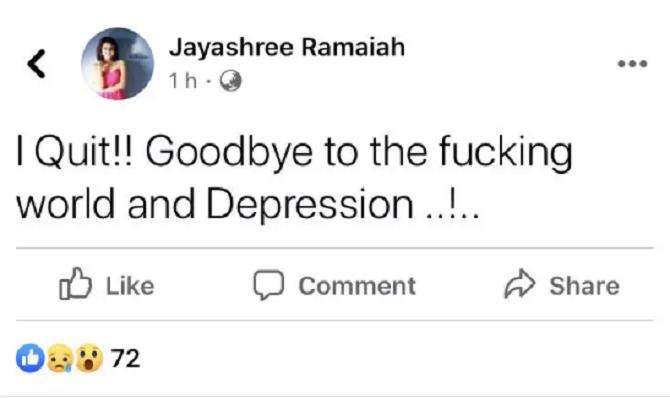 Soon enough the actress' cryptic message on her Facebook account left her fans worried. They drew attention to her post and friends and acquaintances began reaching out to the actress, asking her to return their calls and desist from taking any extreme steps.

However, the fans were equally relieved and surprised when she removed the post a few hours later and wrote, "I'm Alright and safe!! Love you all (sic)".

This brought in cheer for for her fans. One of the fans commented, "Good. You're one off the most pretty woman on planet earth dont give up. You stronger then you think (sic)". "Be Strong Be Positive.. U Rock The World (sic)", another fan wrote. While one social media user wrote, "U look so beautiful it's my first sight complement for u. Stay positive and keep smiling and take care (sic)".

Her friend and actress Advithi Shetty commented, "Be strong always . Your a bold girl n u know it. You will rock it girl. U have so many people for u lots of hugs n love to u Jayashree Ramaiah (sic)"

Later, speaking to the Times of India, Advithi said, "She had family issues and was also concerned about the lack of work. She has shared several times about how low she's been and I would try to cheer her up. But the problem was that she'd keep changing her phone number so often that it became difficult to keep track of how she was doing".

A few days ago, I messaged her on social media and she said she was doing fine. So I was shocked to see this update on Wednesday morning. I am awaiting more clarity on the issue," said Adhvithi.

Jayashree is a model-turned-actress who made her acting debut with Imran Sardhariya's Uppu Huli Khara. She shot to fame with Bigg Boss Kannada season 3.