Ekta Kapoor celebrates her 47th birthday on June 7. The filmmaker's colossal contribution to television, the film industry, and now the digital space has had a huge impact on content and culture. Let's take a look at her journey and lesser known facts so far. 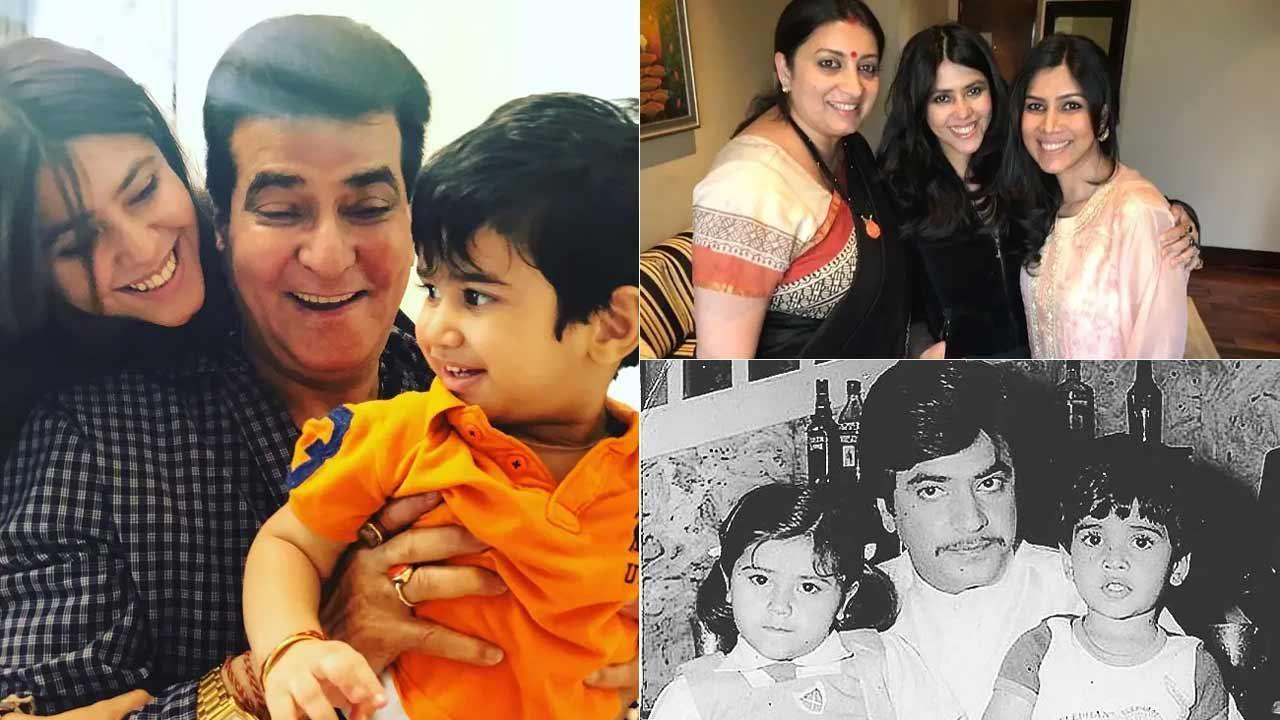 A collage of Ekta Kapoor 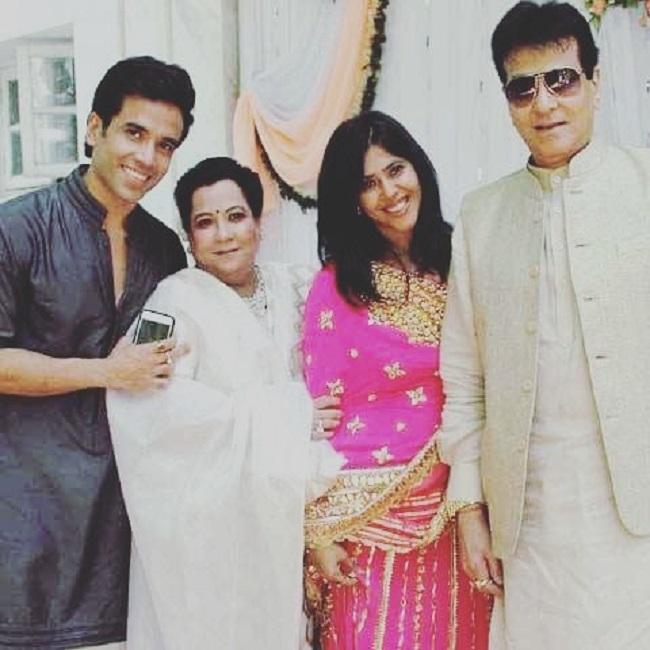 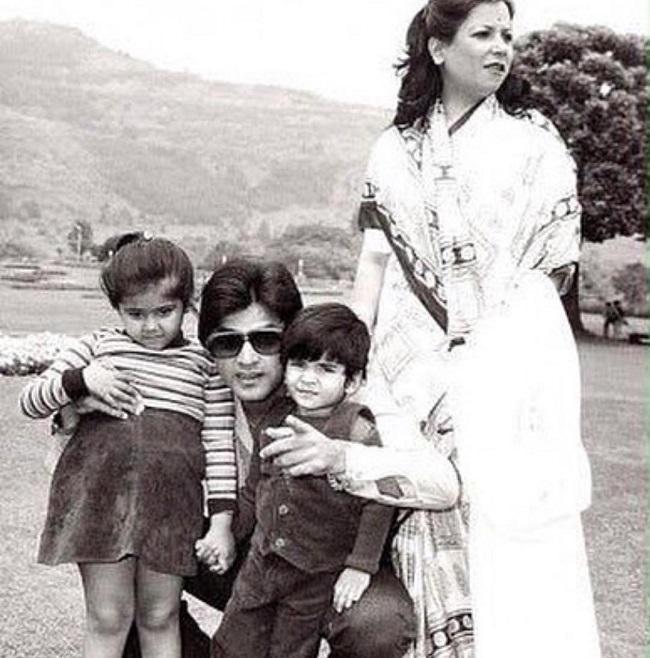 Born on June 7, 1975, Ekta Kapoor started her career at the early age of 17. She started attending shoots by famous ad maker Kailash Surendranath, who has directed around 3,500 commercials in a career spanning 35 years 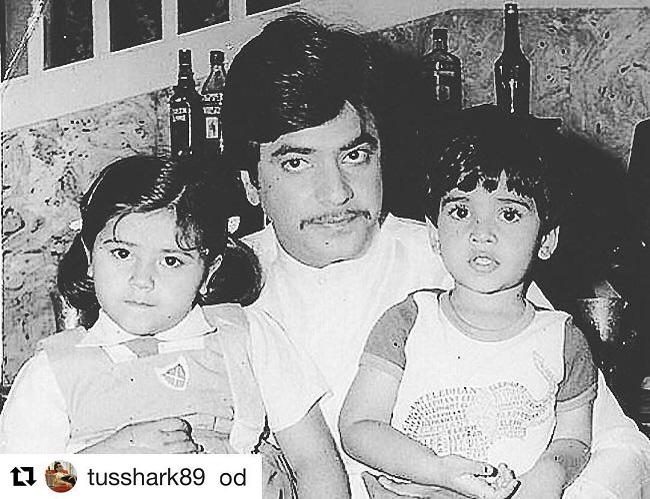 Later, with her father Jeetendra's help, Ekta Kapoor launched her production house Balaji Creations. Though the pilot projects that were created by the production house were rejected, it was Hum Paanch that tasted success. Soon came a stage when 'K' became Ekta's lucky alphabet. Balaji Creations made shows which had 'K' as their starting initial from 2000-2008. Kyunki Saas Bhi Kabhi Bahu Thi became the highest TRP generating show on TV. Others that gained success were Kahaani Ghar Ghar Ki, Kabhii Sautan Kabhii Sahelii, Kkusum, Koi Apna Sa, Kaahin Kisii Roz, Kutumb and Kasautii Zindagii Kay. She made characters like Tulsi Virani, Parvati, Prerna so popular that these actors are still recognised by their screen names 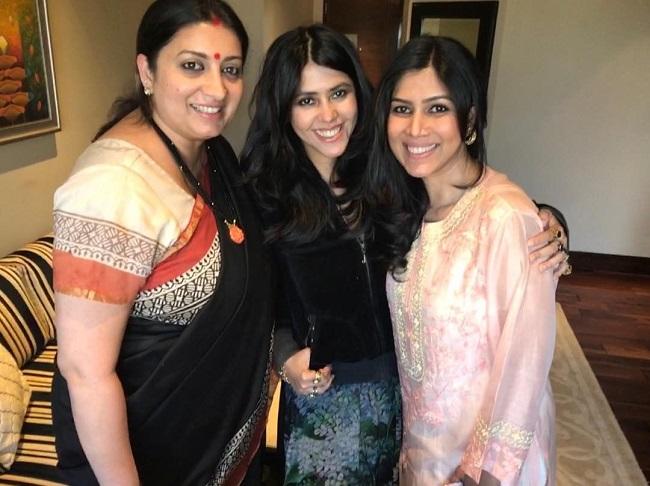 Ekta Kapoor is known to be one of the most friendly producers in the TV industry. She is a complete party person and has a bunch of friends from the industry whom she can count on. Ekta shares a great rapport with Anita Hassanandani, Smriti Irani and Sakshi Tanwar and keeps posting pictures with them 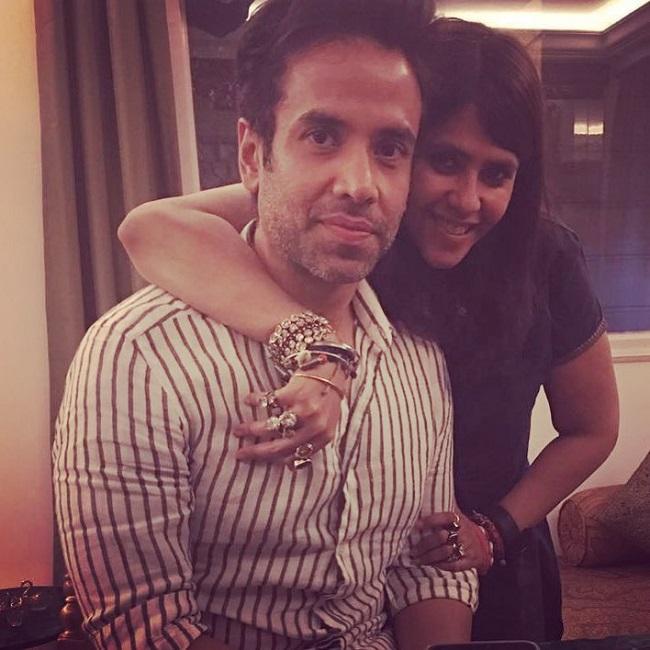 Hailed to be the TRP Queen and the pioneer of daily soap entertainment, Ekta Kapoor solely changed the face of Indian TV. After conquering TV, the content czarina is leaving impressive imprints on cine-goers too. With names like Veere Di Wedding, Udta Punjab, Ek Villain, Main Tera Hero, Lootera, The Dirty Picture, Ragini MMS, Once Upon A Time In Mumbaai, Shootout At Lokhandwala to her credit, she has been breaking stereotypes with incredible content stories that grip the audience. Ekta Kapoor clearly knows the pulse of viewers across the platforms 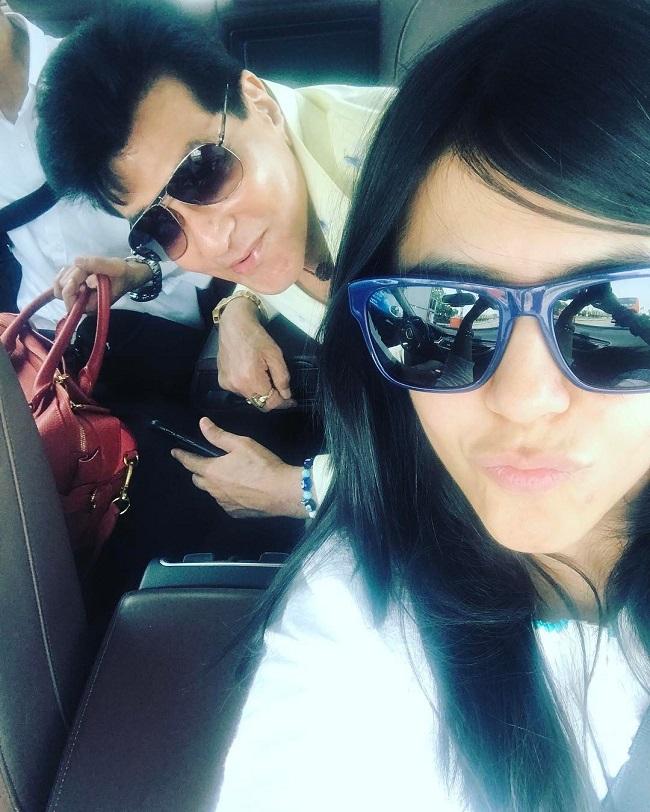 Having produced several television shows focussing on women, Ekta Kapoor believes informing people about the issues in Indian society through entertainment mediums works better than educating them about it. 'I personally think education is one and infotainment is the other (aspect). If you educate people, they get bored. If you go out there and show them films, which are entertaining and then they like the characters and start relating to the story because of the characters, you land up doing a lot more to change mindsets than ever,' said Ekta in an interview in 2017 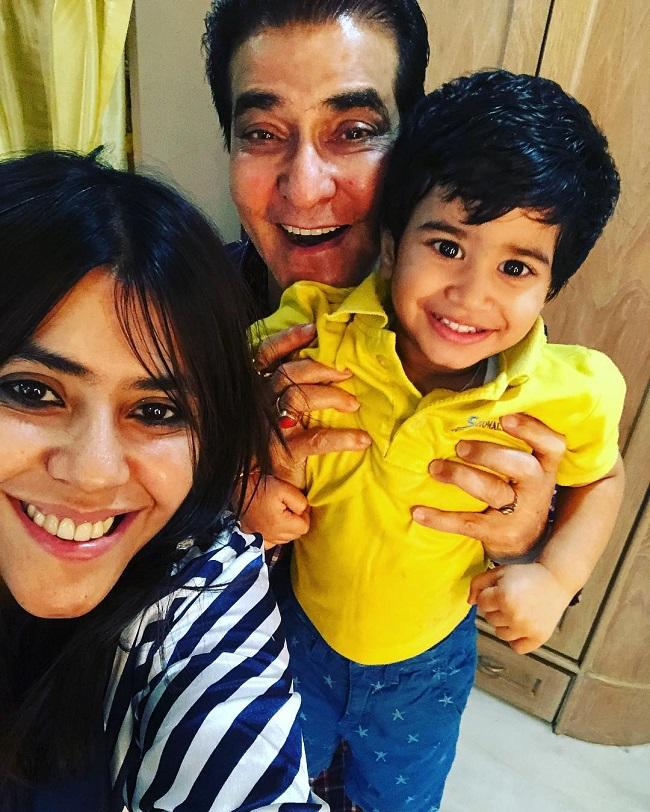 Ekta Kapoor is headstrong, outspoken and unafraid when it comes to putting her opinions across. That is why people refer to her as the tigress. However, you will be surprised to know that there is someone in front of whom the tigress cannot say a word. In fact, this person can make Ekta do anything. Well, it's none other than Tusshar Kapoor's son Laksshya. This secret was revealed by Ekta Kapoor's best friend Rakshanda Khan 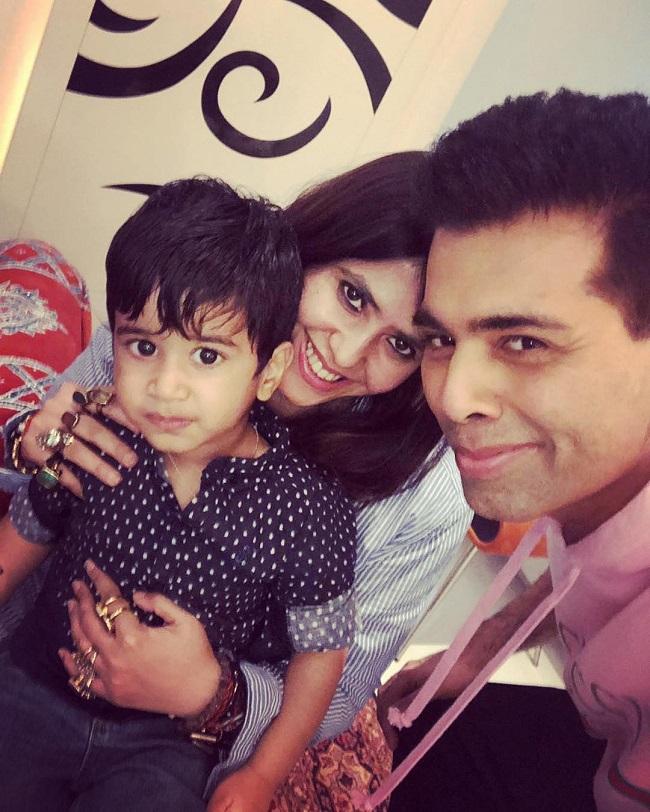 Rakshanda, who knows Ekta for more than 17 years, said that Ekta Kapoor was not so calm earlier, but ever since Laksshya came into her life she has changed completely. In fact, whenever the filmmaker is with Laksshya, it's the little one who rules. Rakshanda said, 'Even though Ekta is a tigress and nobody can say anything in front of her, it is Laksshya who can make her do anything and she can never refuse him. Ekta doesn't leave a chance to woo the munchkin. In fact, she too becomes a kid around him and they enjoy a lot together.' 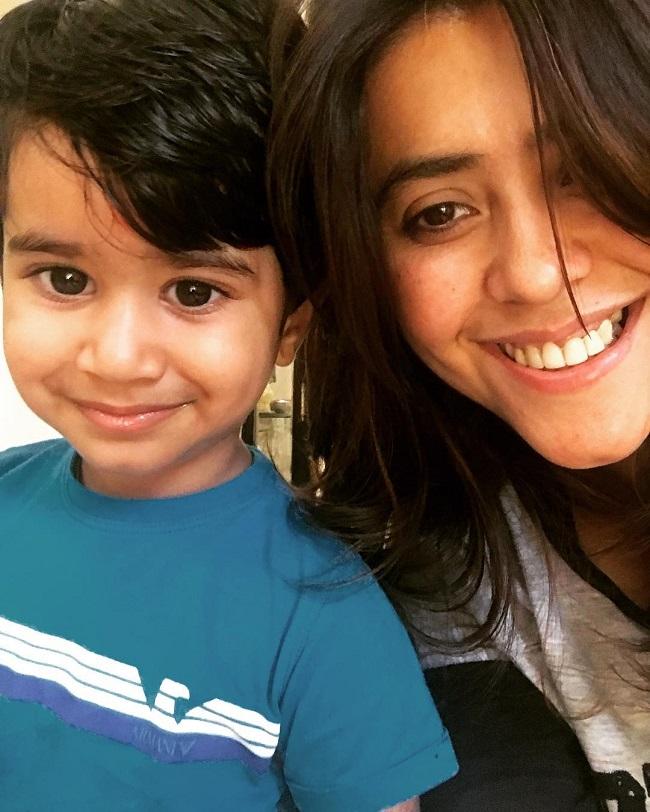 Talking about Laksshya, Ekta Kapoor had said in a candid conversation with mid-day, 'Ever since Tusshar's baby Laksshya arrived, I can't wait to get home. Everyone in the house has changed their schedule to match it with the tot. I wrap up things as fast as I can to spend time with the little one.' 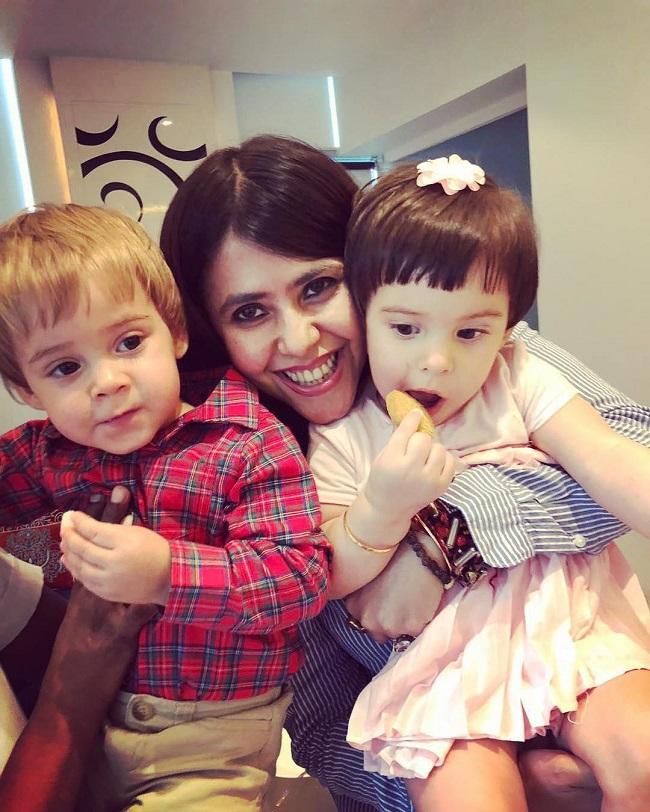 Ekta Kapoor is 47 and single. She opened up on how she fails to understand why she has to be married to settle down and why the two things are linked at all. 'What I am asked a lot by journalists is, 'When are you settling down?' How much more do I need to settle down? I really don't understand why settling down is linked to getting married. For years, my father and mother saved the best of alcohol for my marriage. The defining moment of my life came when my father took all of that out on his 75th birthday. It was a celebration of today and not expectations of tomorrow,' she said 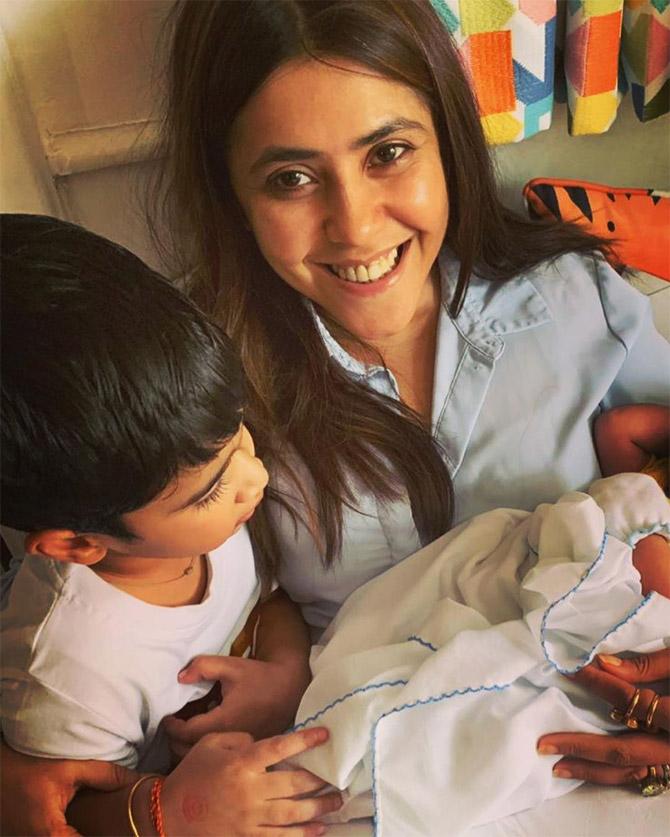 However, Ekta Kapoor became a mother to a baby boy in 2019 via surrogacy and shocked the world with the news. This news came three years after brother Tusshar Kapoor had opted for surrogacy and become a father. Ekta's baby was born on January 27, and she named him Ravie, after dad Ravi Kapoor 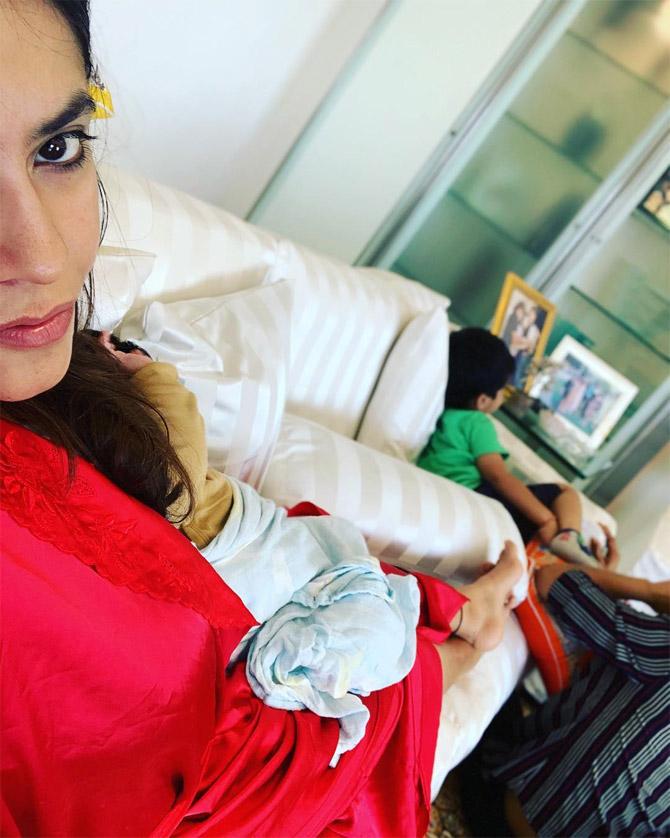 While she's enjoying motherhood now, becoming a mother was something Ekta Kapoor gave a lot of thought to, for a very long time. Kapoor had begun contemplating it a few years ago. Ekta now calls herself a mother of two 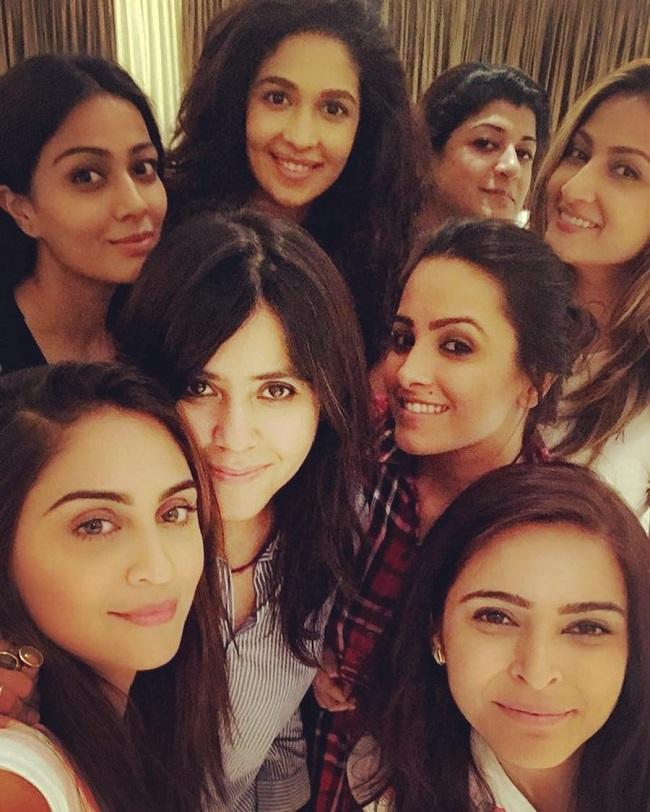 Ekta Kapoor has also produced movies like Lipstick Under My Burkha, Love Sex Aur Dhokha and now she is connecting with the youth through the digital app ALTBalaji where some of the series explores homosexuality and other taboo topics 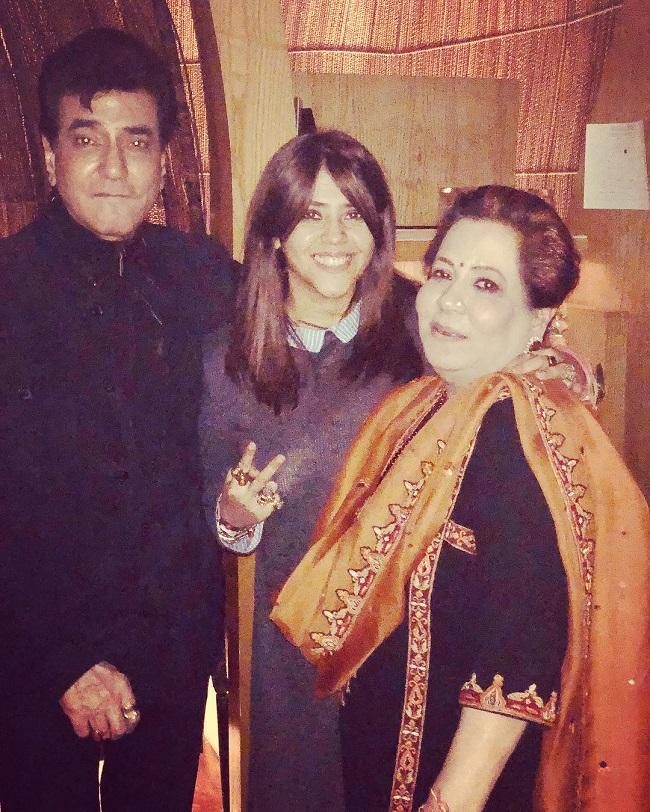 Talking about her journey, Ekta Kapoor sums up saying, 'My journey has been quite a paradox. I make movies which explore sexuality and TV shows which have very conservative families. And I think both are two sides of the same coin. I deal with everything with a pinch of salt. I am quite a feminist.' 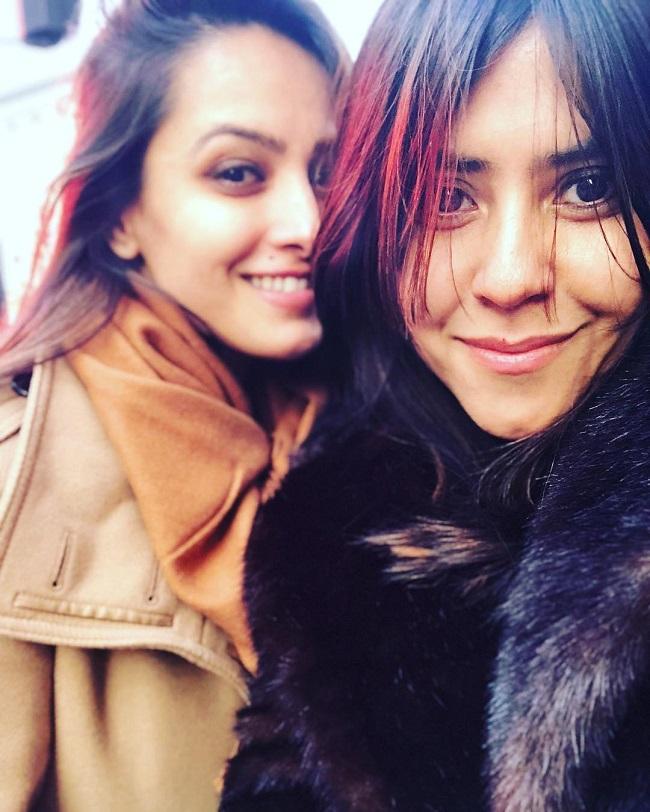 Ekta Kapoor had an important point to make here. She said, 'Just because the woman is in a sari doesn't mean that she cannot shoot a gun. That is what I feel happens a lot on TV. I get a lot of women who expect me to conform because I do a lot of socially conservative TV, and they get a bit of a shock like when they ask me, 'Girls today think about sex a lot' and I say, 'They do it as well'.' 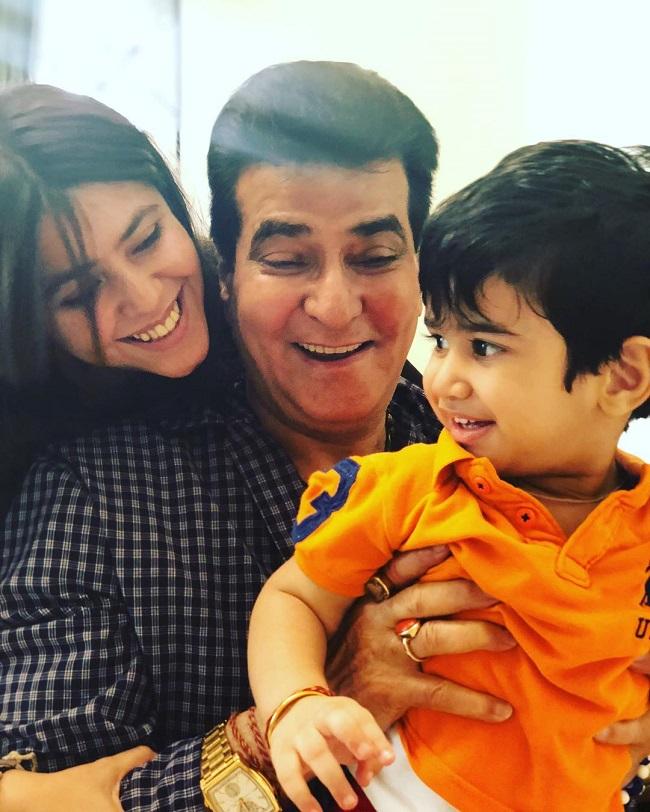 Though her best friend Smriti Irani is into politics, Ekta Kapoor is not a fan of politics. 'I hate politics. Brothers fight. Parties win and people lose,' she had said once 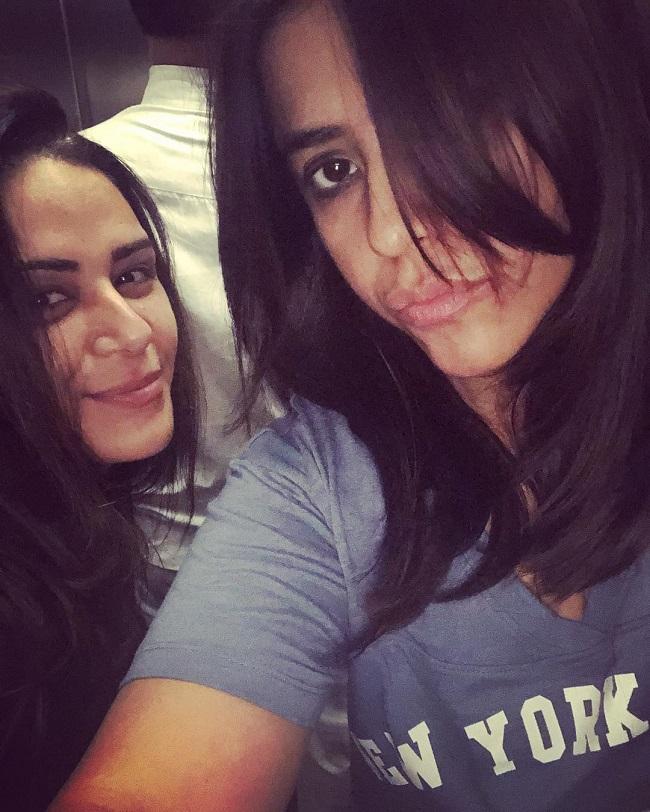 Kyunki Saas Bhi Kabhi Bahu Thi ran for over 1,800 episodes. Kahaani Ghar Ghar Kii entertained with 1,600 plus episodes. Ekta Kapoor's trendsetting shows had a record-breaking run on Indian television, but the producer now says a sense of fatigue has set in for her when it comes to making long-format entertainers 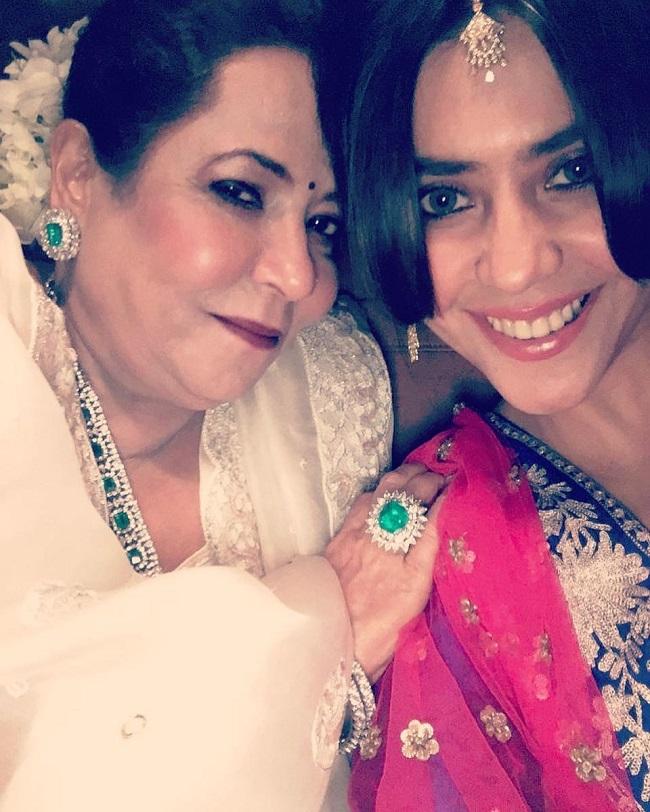 Talking about the new show pattern, she said, 'Now, even a person like me feels a sense of fatigue doing even one show for a hundred episodes. I can pull it off for a hundred, but after that, I get bored.' 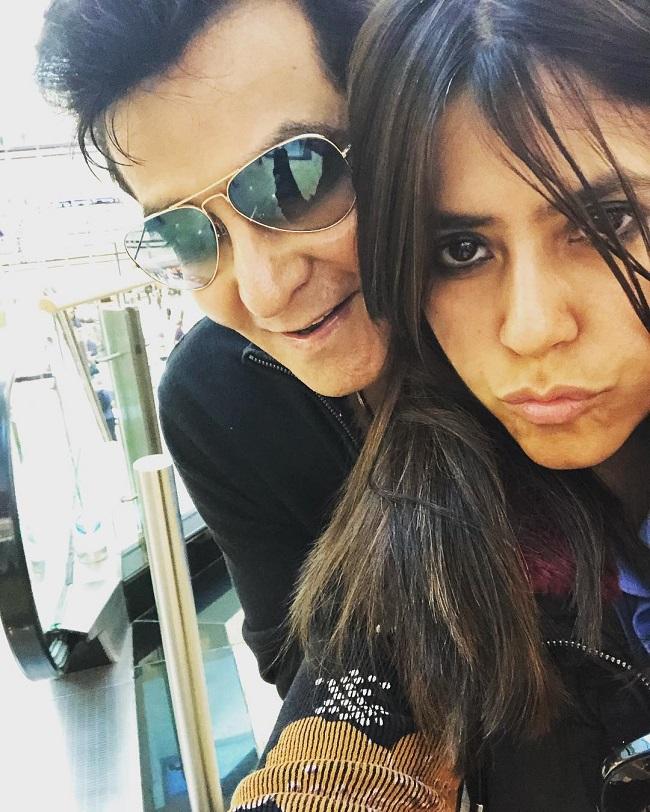 It is a known fact that Ekta Kapoor is very particular about her work, but not many people know that Ekta personally goes through the content of her projects 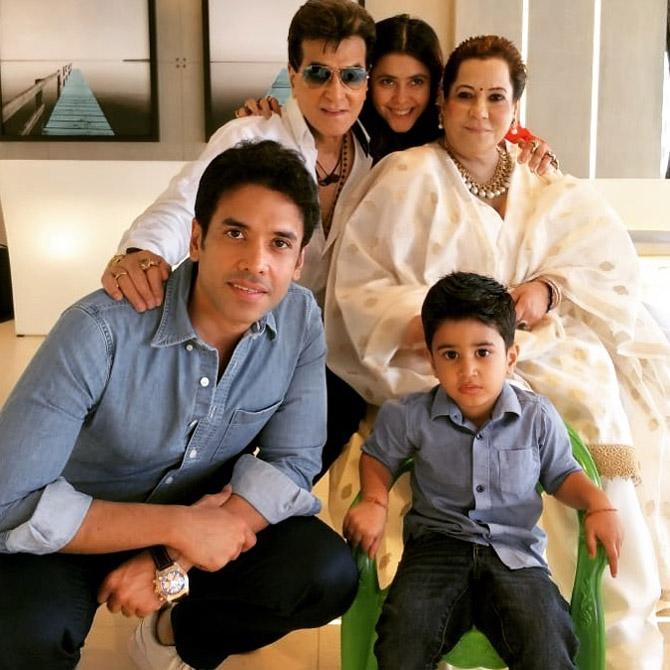 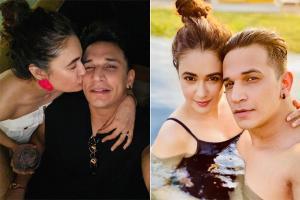 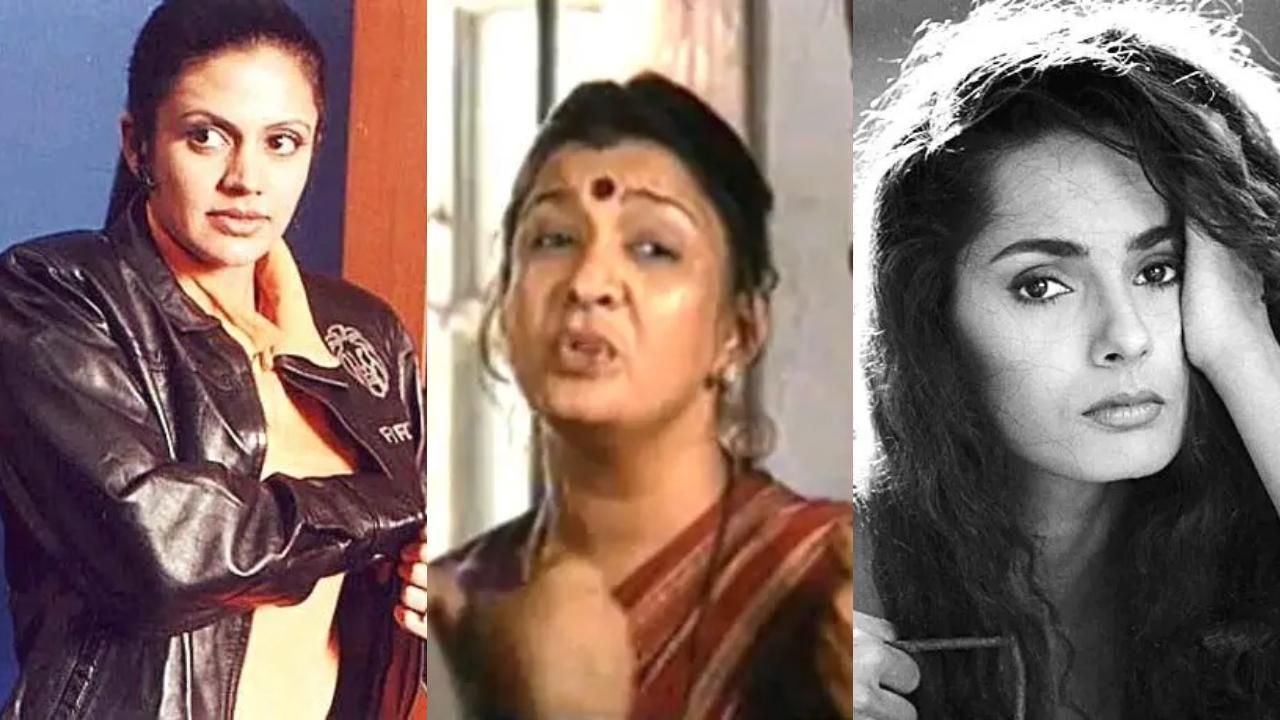 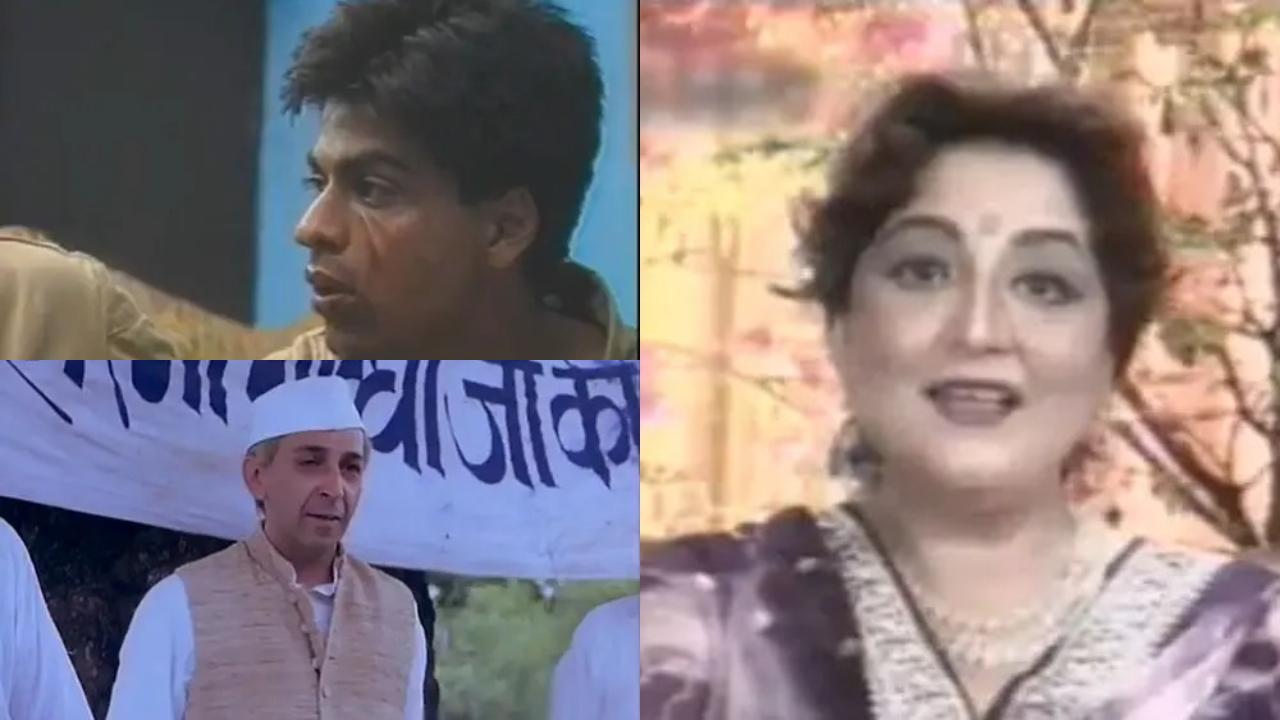 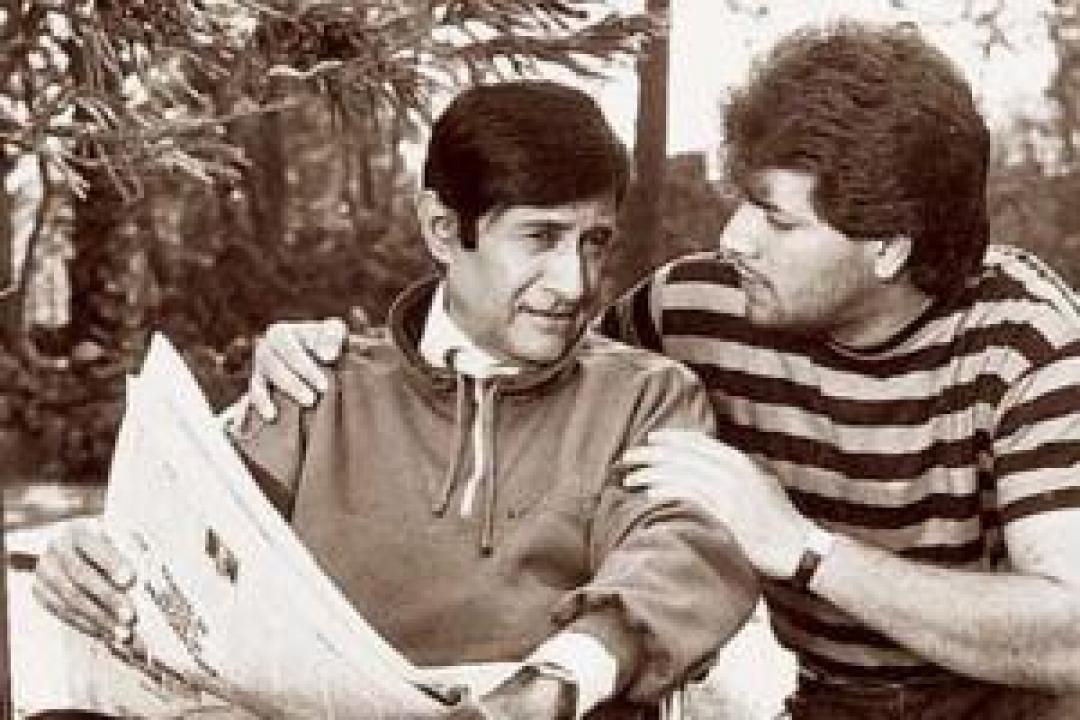 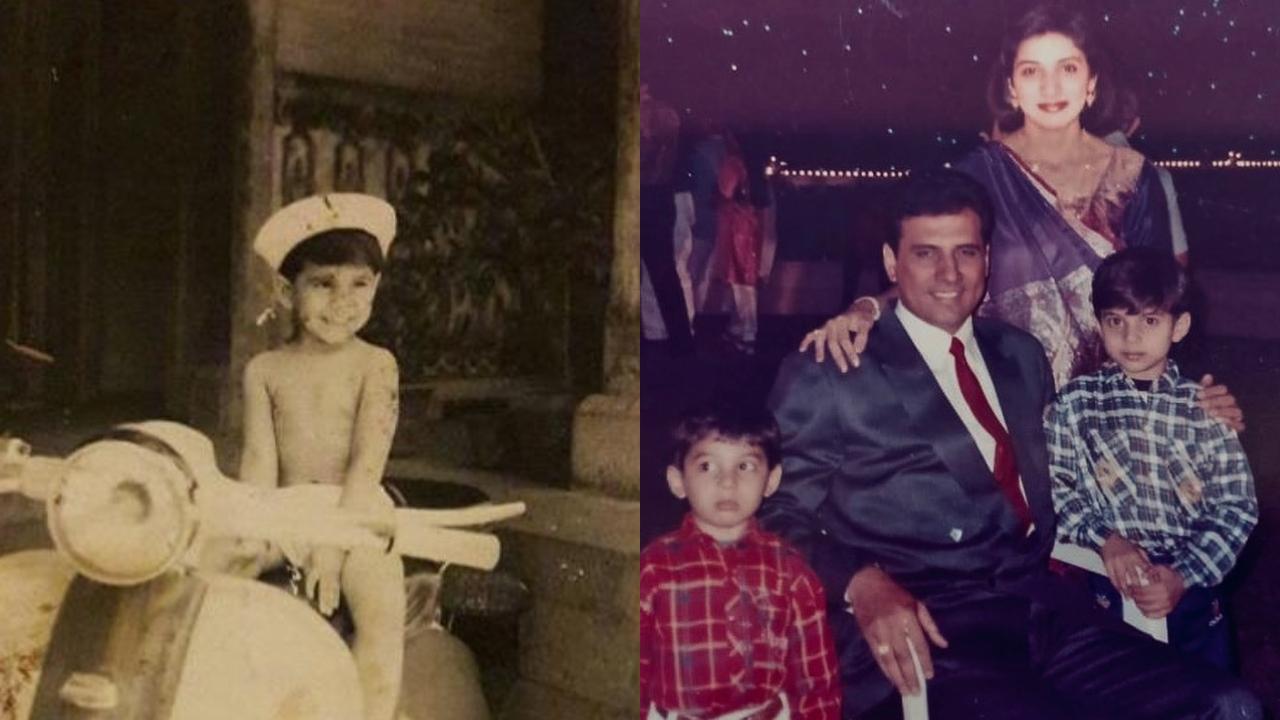