Glitz and glamour intact, the wives- Maheep Kapoor, Seema Sajdeh, Bhavana Pandey, Neelam Kothari- returned for a fresh new season that gives a glimpse into their luxurious life that comes with a set of luxurious problems. The eight-episode season 2 of 'The Fabulous Lives of Bollywood Wives' is currently topping the charts on Netflix. In the new season, the wives spoke about their personal life, the changing equation between them, and some heartwarming moments. Let's look at some of the highlights from season 2 of the show. (All Photos/ Netflix) 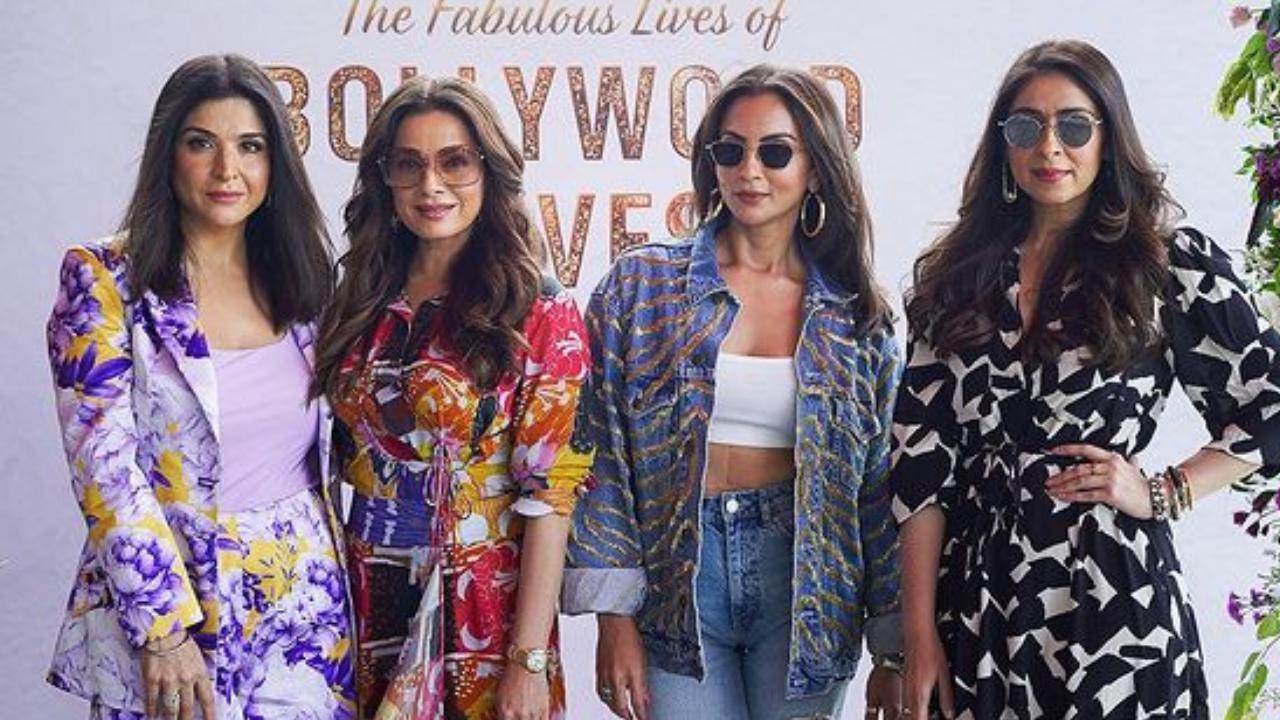 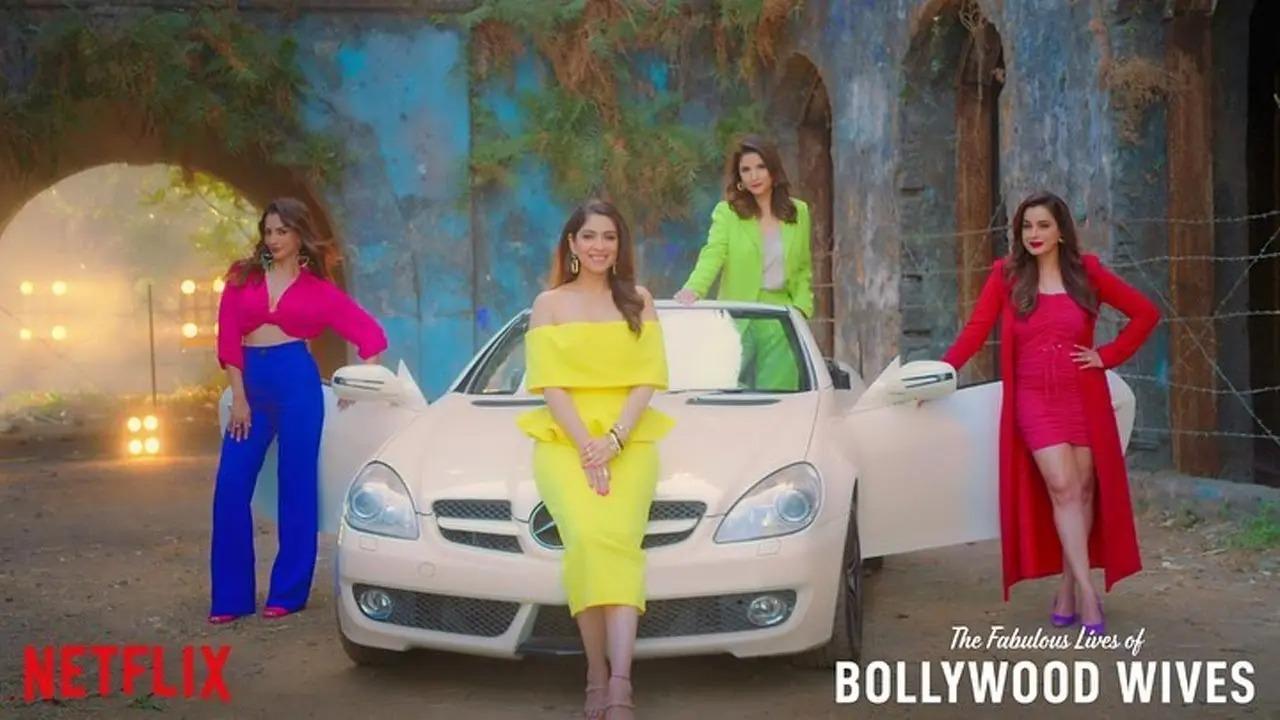 The Wives take a trip to the forest

Seema arranges a trip to the wild for the wives. While they bask in the nature looking at the wild animals, they also face and address the strains in their friendship 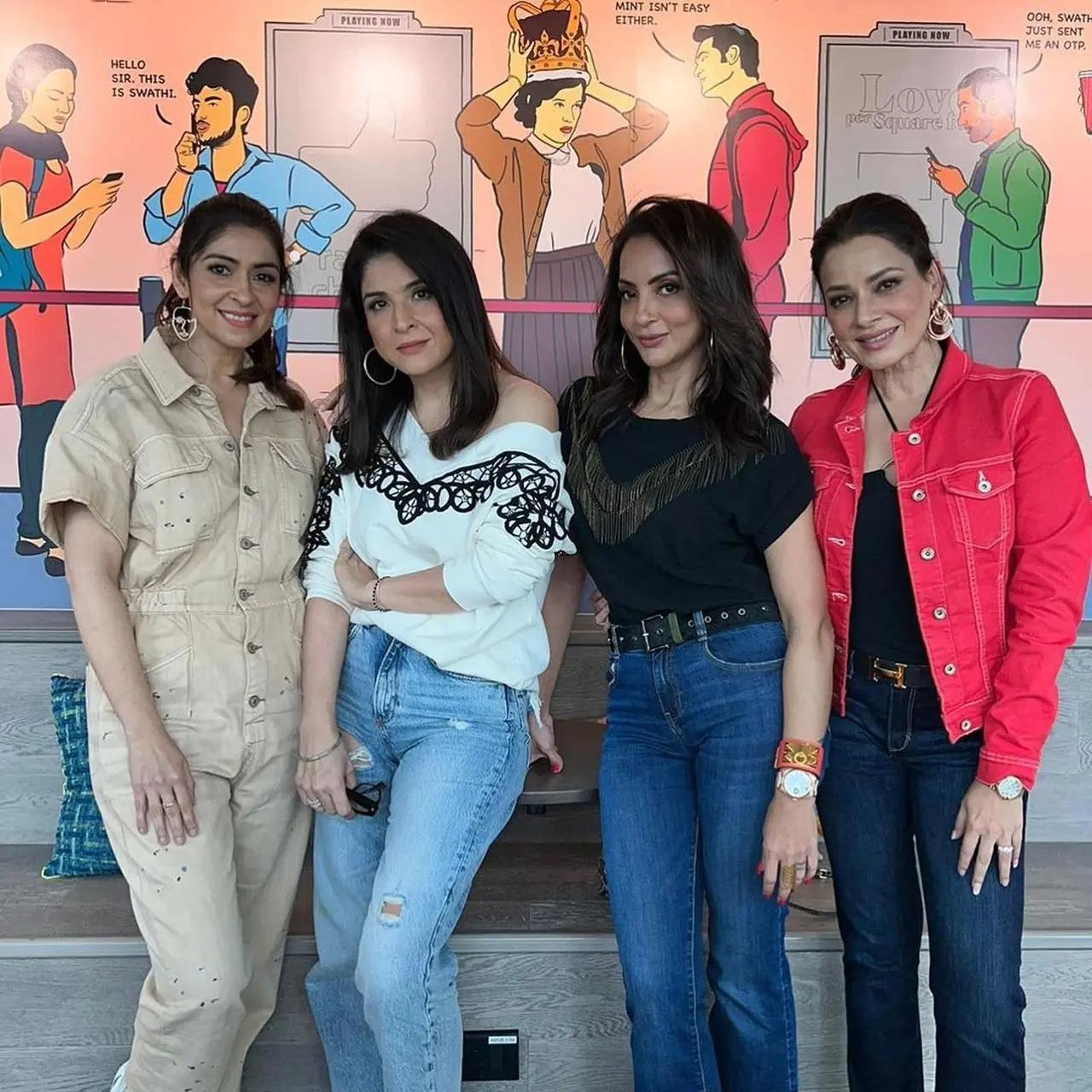 Arjun Kapoor advises Shanaya Kapoor ahead of her debut

Maheep and Sanjay Kapoor's daughter Shanaya Kapoor is all set to make her debut in Shashank Khaitan's upcoming film. Produced by Dharma Productions, the topic came up on the show. On Shanaya's birthday, Maheep along with Arjun Kapoor surprise Shanaya by playing her introductory shot on the big screen in the theatre. This is followed by brotherly advice from Arjun to Shanaya on what she will be facing when she enters the industry as an actor 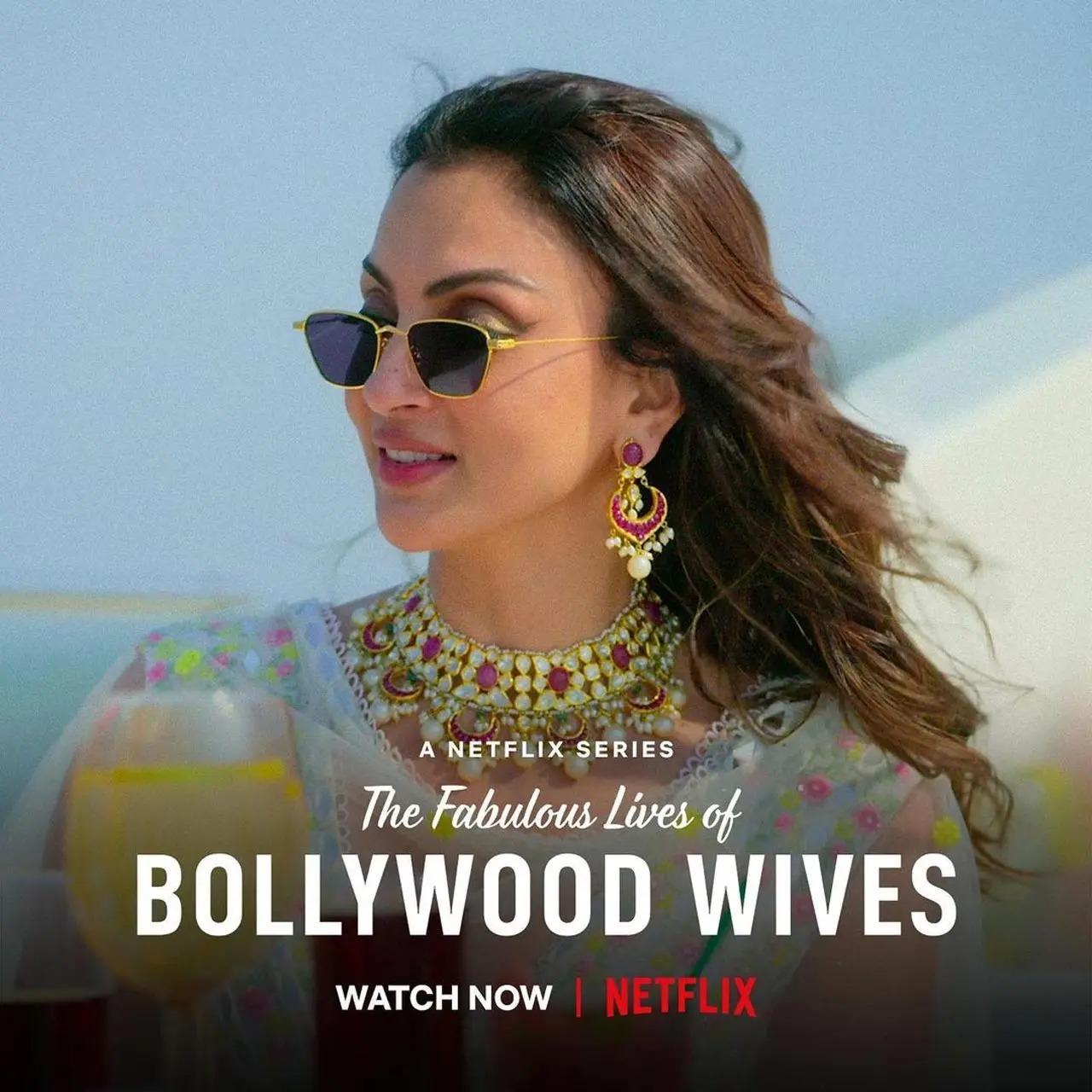 In season 1, it was established that she and Sohail were living separately and were on cordial terms. While Sohail made an appearance in the first season, he was missing in new season. A few months ago, the former couple were spotted at a family court where they filed for divorce. Seema revealed on the show that she was separated from Sohail for the past five years. She was also seen changing the name plate of her house from Khan to 'Seema, Nirvan, Yohan'. On seeing this, her elder son Nirvan commented that it was unnecessary. He also said that he was okay with the divorce and wanted the best for his mother, but he cannot take sides. 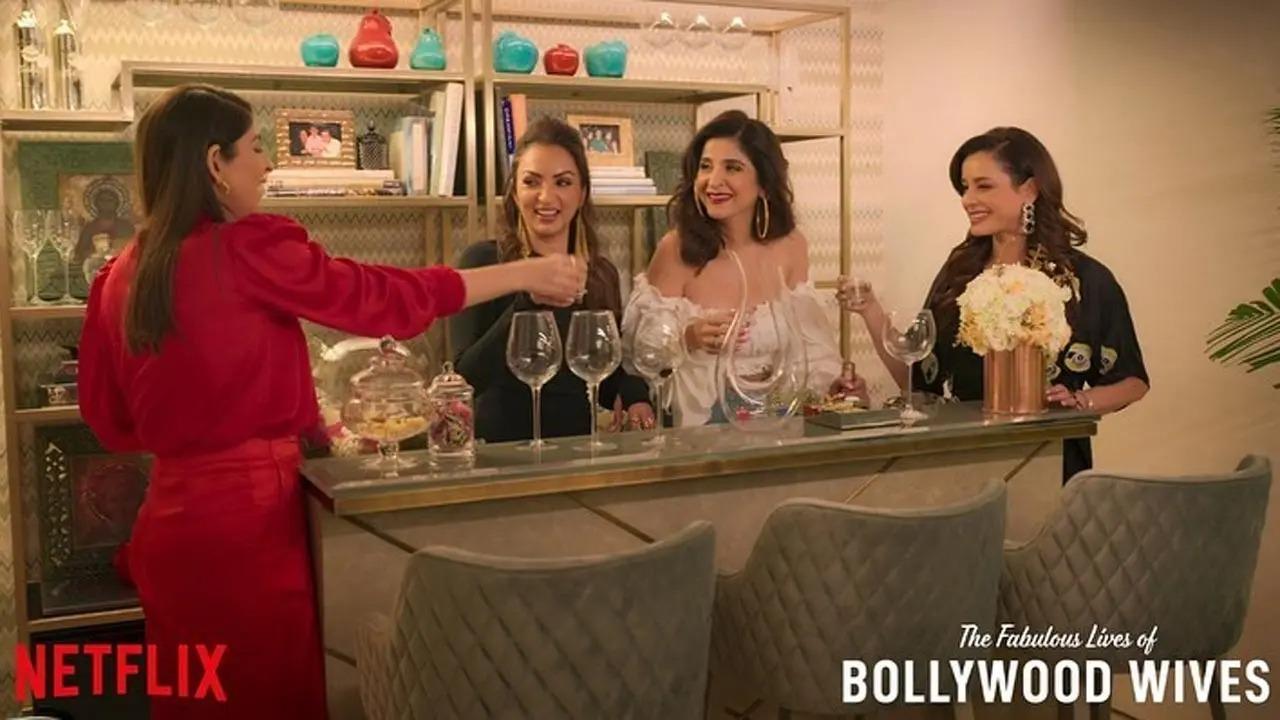 Karan Johar tries to set up Seema Sajdeh with Badshah

Karan Johar loves to play matchmaker, whether it is on the 'koffee' couch or on his home couch. For a meeting with rapper Badshah, he also invited Seema and expressed to Seema that he would like to pair her with the rapper. Karan threw hints at the two 'singles' on why they should give it a shot 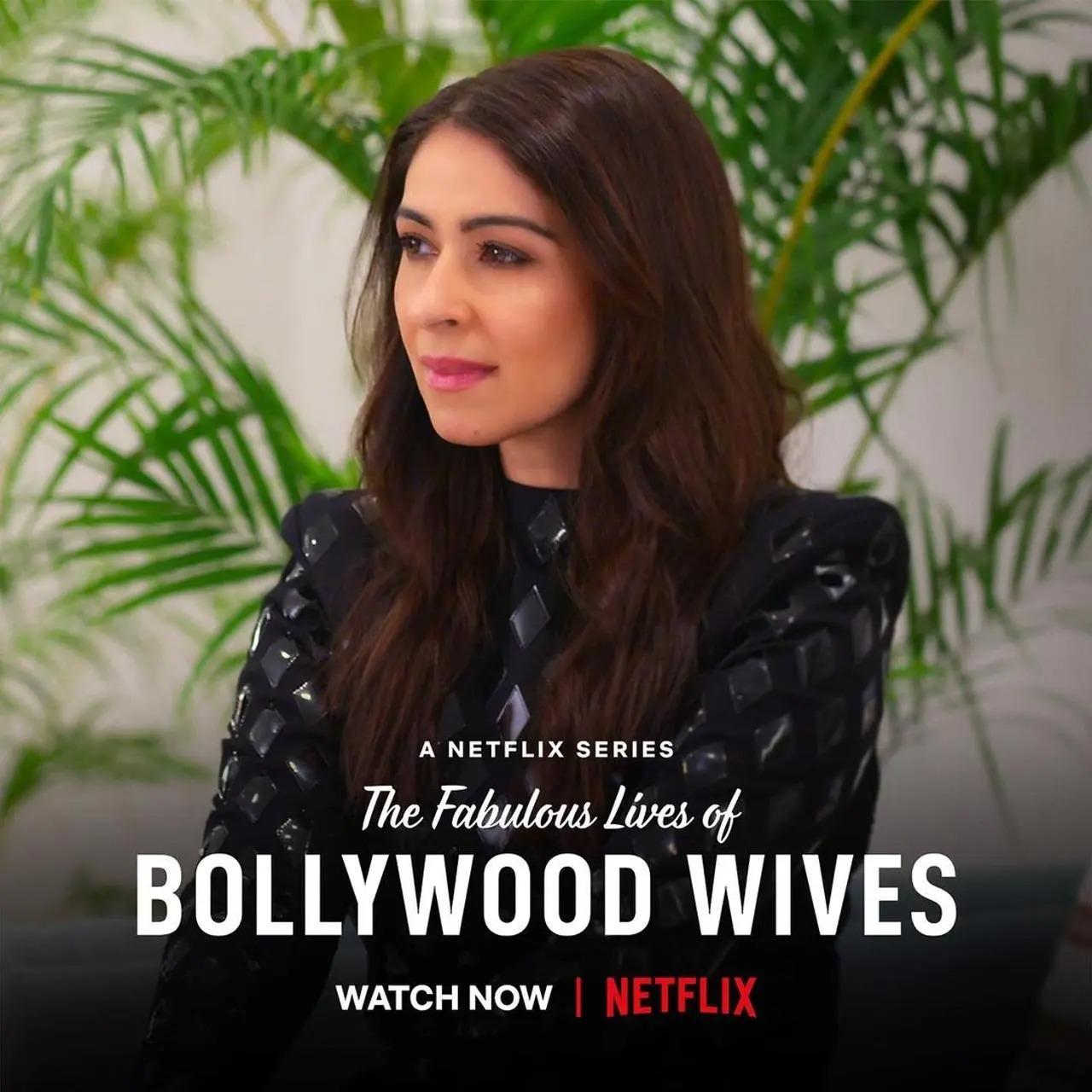 One of the most crucial talking points of the show has been Bhavana Pandey deciding to renew vows with her husband Chunky Pandey. From breaking the news to her friends to arranging a dreamy wedding set up to renew their vows, Bhavana and Chunky got to relive their wedding day with their close ones. Through the journey, Bhavana revealed that she was the first bride for whom celebrity designer Manish Malhotra had designed bridal wear. So for the renewal of vows, Manish was her go-to option. The ceremony was officiated by Farah Khan and the occasion was truly heartwarming money for the Pandey couple 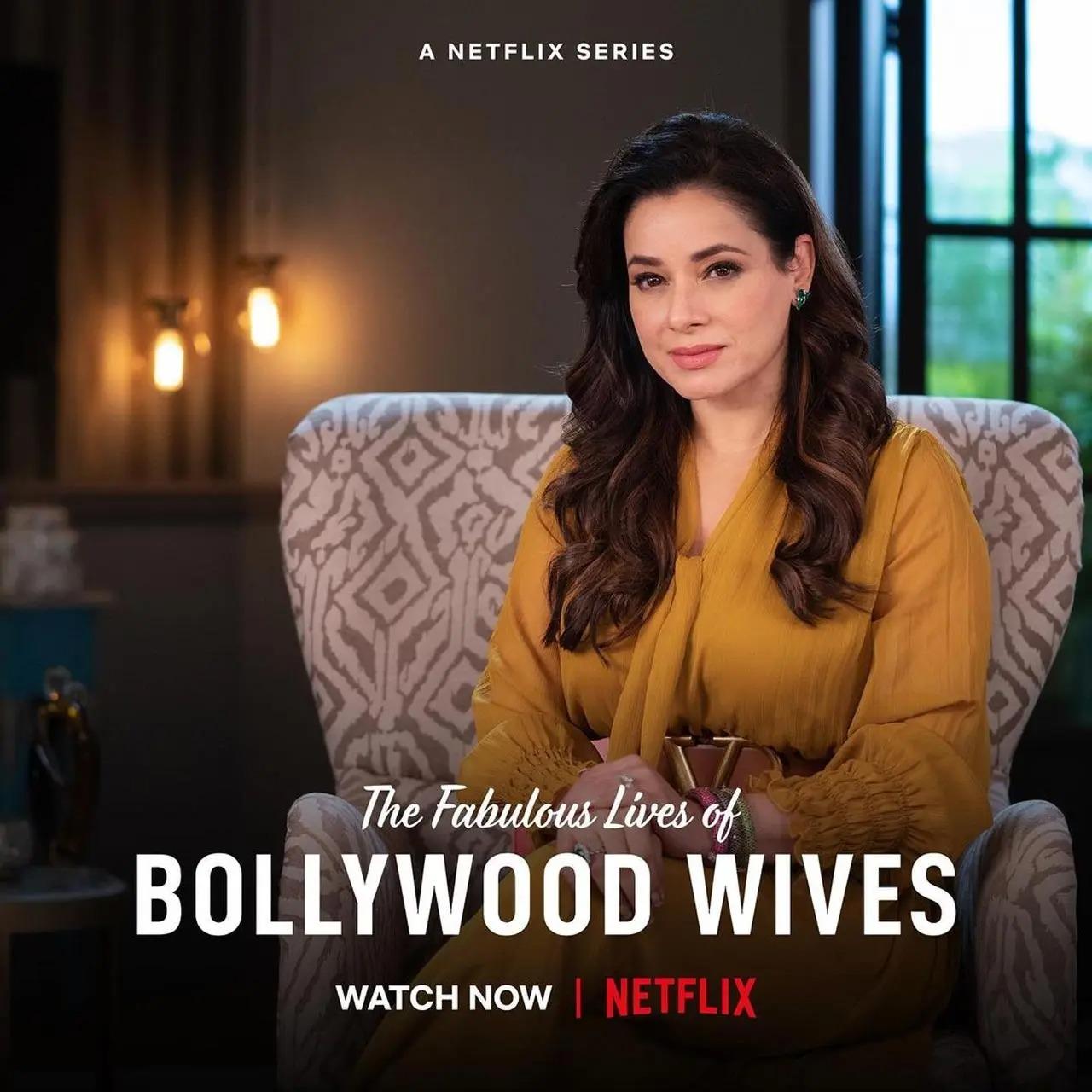 In season 1 of the show, Neelam Kothari, who was a successful actress of the 90s often highlighted that she would never kiss on screen. Seems like the pact has now gone for toss and all it required was a project helmed by Zoya Akhtar. Neelam will be part of the second season of Zoya's acclaimed web series Made In Heaven. However, she will be required to get intimate with a man onscreen which involves a kissing scene. On the show, she discusses the scene with her actor-husband Samir Soni, who at first points out her hypocrisy as she had given him a 'tough time' for doing a kissing scene on screen in the past. Neelam also gives Samir a kiss on the show while asking him on how to go about it on screen. Neelam also takes a session with an intimacy co-ordinator to prepare her for the scene 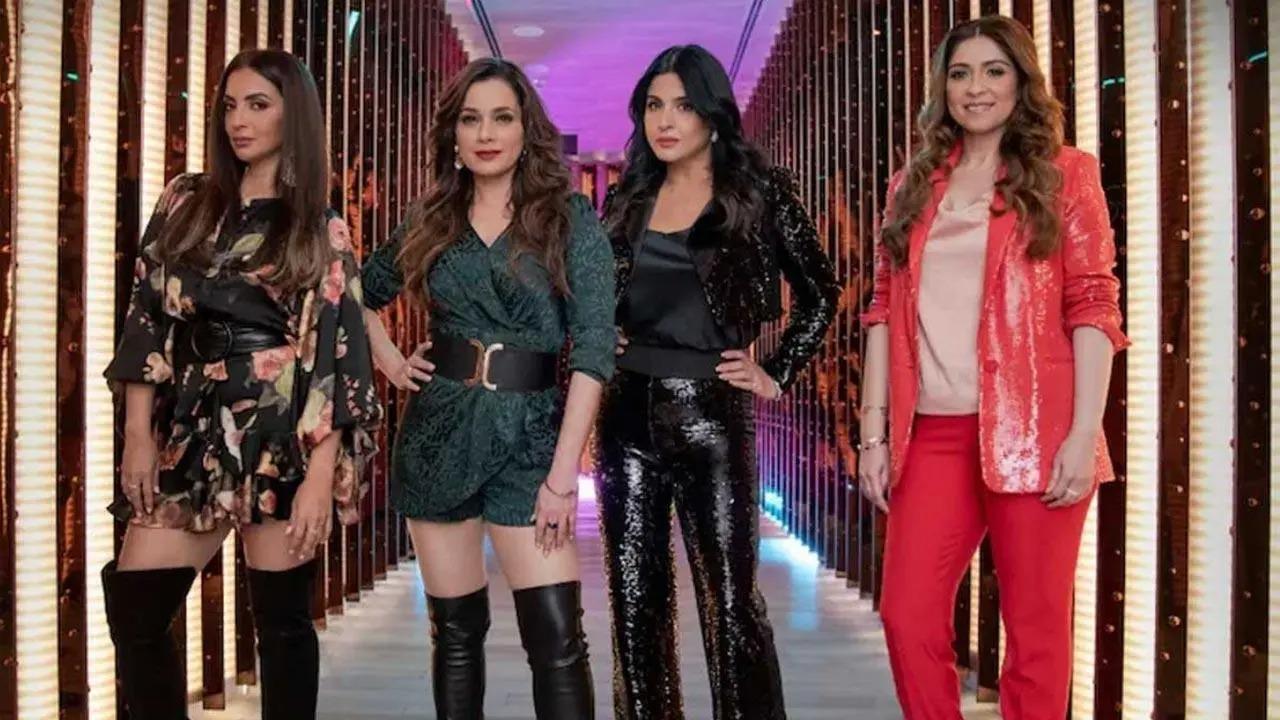 Sima Taparia getting a shock when Seema expressed interest in women

Sima Taparia from Mumbai, the famous matchmaker who featured in Netflix's Indian Matchmaking made a brief appearance in The Fabulous Life of Bollywood Wives as Maheep arranged a meeting with Taparia for Seema Sajdeh. During the meeting, Sima deduced Seema's nature to the conversation they had. During the conversation, Seema also jokingly mentioned that she might be interested in women. The comment left Sima Taparia visibly uncomfortable. Adding to it, Maheep asked whether she sets up people of the same sex, a reluctant Taparia answered in the negative. "Same-sex marriage is not legal in India," she responded 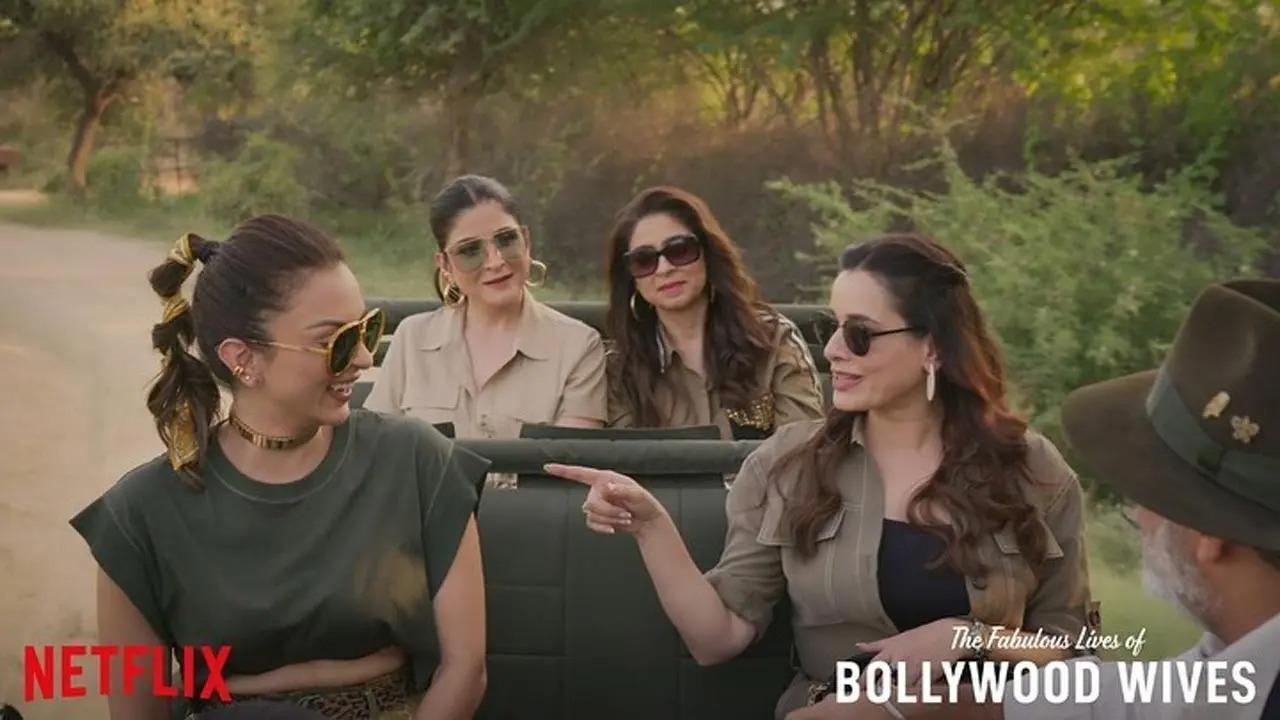 Maheep Kapoor talks about Sanjay Kapoor cheating on her

During the show, Maheep also revealed about Sanjay cheating on her in the initial years of their marriage and that she had walked out with Shanaya. She, however, said that she came back for her kids as she wanted them to be able to walk into a house to their father. She also complimented Sanjay on being a great father 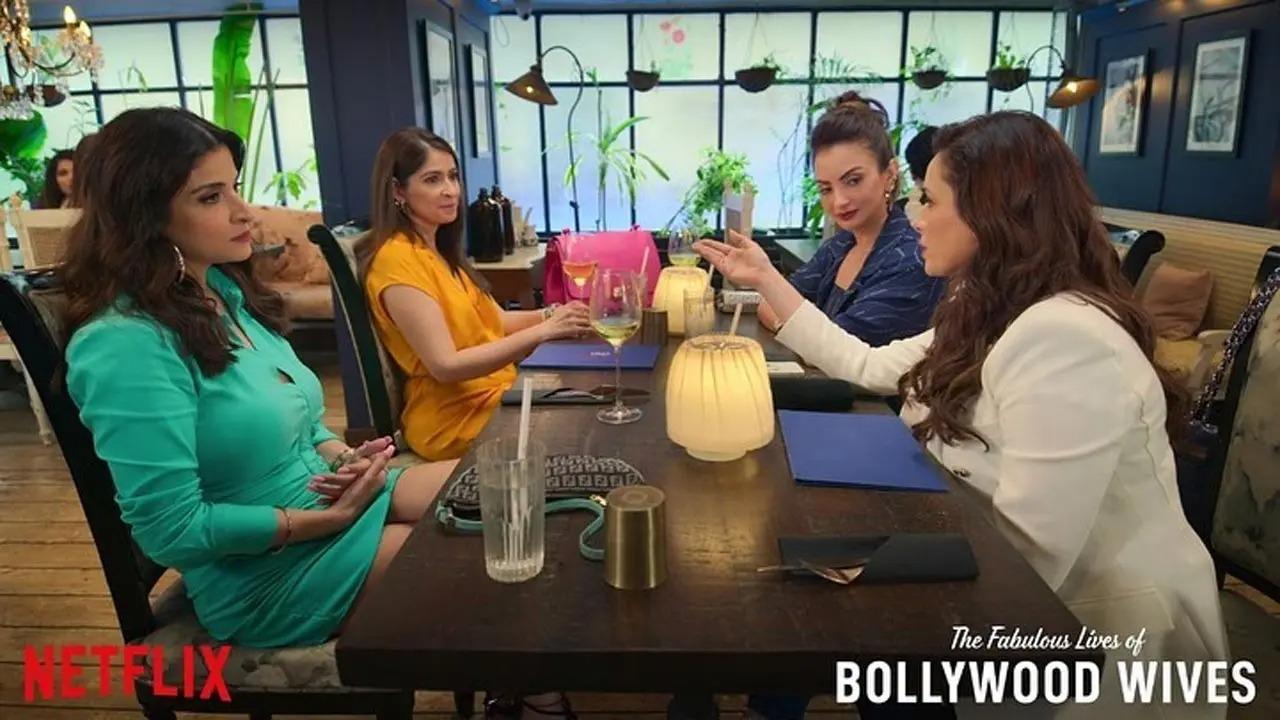 The Wives drool over Ranveer Singh

The season concludes with the Wives landing on the sets of Karan Johar's upcoming film Rocky Aur Rani Ki prem Kahani starring Ranveer Singh. Earlier, the wives, especially Maheep and Neelam, had mentioned about finding Ranveer, attractive. Before meeting Ranveer, Karan showed the ladies some shirtless shots of Ranveer shot for the film. The star then met the ladies and even danced with them and it was an absolute riot 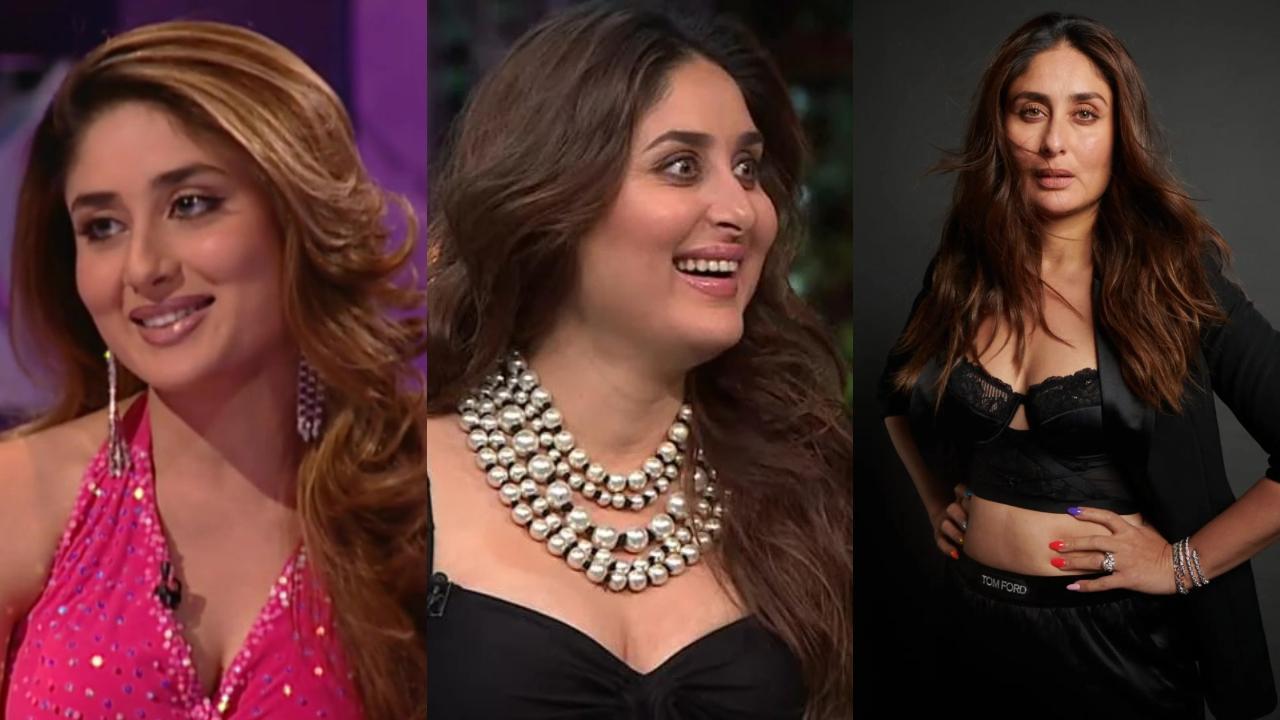