Out of class guruji

Teacher's Day can't be all about math and history professors. Meet the Mumbaikars sharing knowledge in music, art and cooking, to understand the place of a mentor in modern times 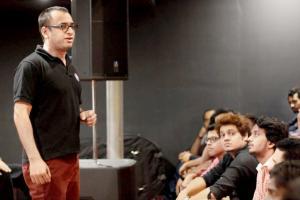 We have spent most of our lives associating Teacher’s Day with school and college teachers. But there is so much that one can learn outside of the walls of these institutions. Particularly for those seeking a career in the alternative space, much of the learning takes place after they have graduated. What makes the role of our music, art, sports and culinary educators even more significant is that they are often providing platforms and creating opportunities, over and above imparting the skill that they are trained in.

So, more often than not, a music teacher is not only helping you understand the art form, but also helping you channelise an interest into a vocation. Art teachers are teaching you how to develop the skill, but typically, they also work towards making art more accessible. In a country where the skill-based industry is largely unstructured even today, these teachers play an important role, not only as educators but also as leaders of the community. On Teacher’s Day, we spoke to some of these gurus of our times, to see how they’re changing things as educators of niche disciplines.

Founder of The True School of Music (TSM), Ashutosh Pathak has been working as a producer and composer in the music industry for the past 25 years. He bagged a degree in music while studying business at the University of Pennsylvania, and says that while that bit was unplanned, it helped him phenomenally in terms of getting work. "What I realised was that this advantage [of professional musical training and education] was not available to most kids in India and that the skill we have as artistes goes hand in hand with the job. The industry needed more skilled people, but since there weren’t enough avenues, I was very clear from the beginning about using the school to make musicians employable," Pathak, who teaches music and marketing at the school, shares about what prompted him to start the popular school six years ago. "See, the philosophy is that if you don’t earn money doing what you love, then you won’t continue doing it. So, you’re not just learning music as artistes, but also as something you can pursue vocationally," he adds. To that effect, Pathak’s contribution to the music community in Mumbai is commendable. 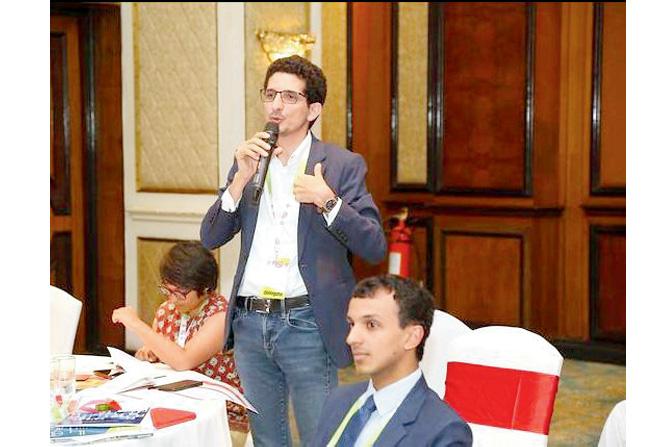 "I think people are realising that for the most part, 9-to-5 office jobs are very limiting in terms of exposure, enrichment and experience," says Jehan Manekshaw, who started the Drama School of Mumbai in 2013, which offers programmes to those seeking a career in theatre and other related performing arts. Though Manekshaw played a pivotal role in bringing together theatrewallahs and art practitioners to form the faculty, he calls it a "collaborative exercise". "There’s clearly a hunger for more experiences than what one can find in a job. And what we have realised is that teaching is not just about the craft and the technical skills, but also about finding work, which enriches the art further. So, while we do spend most of our time training students, our faculty also organises workshops for people who are seeking exposure," he explains.

A lesson in well-being A spinal injury in 2014 set in motion a chain of events that would change chef Raveena Taurani’s life. "I became lactose intolerant and took off to Goa in 2015 for an extensive yoga course," Taurani recalls. It was during that time that she was exposed to the plant-based lifestyle, but once back in the city, Taurani realised that misconceptions around vegan eating were rife. Her plant-based culinary academy and yoga studio, Yogisattva, which she started last year, was a culmination of the work she has done in the past four years as a culinary teacher. "I think food is a very personal thing," she says, asserting that her motive was not to propagate healthy living, per say, but rather to arm enthusiasts with holistic knowledge so they can lead healthier lives. "I think I learnt most when I started living alone, whether it was cooking for myself or learning to manage my money. None of this was ever taught in school," Taurani points out, adding that while veganism and sustainability continue to gain popularity among the masses, what is not happening simultaneously is the dissemination of information. With her less-than-a-year-old academy, Taurani is hoping to change that.

There’s a lot at skate 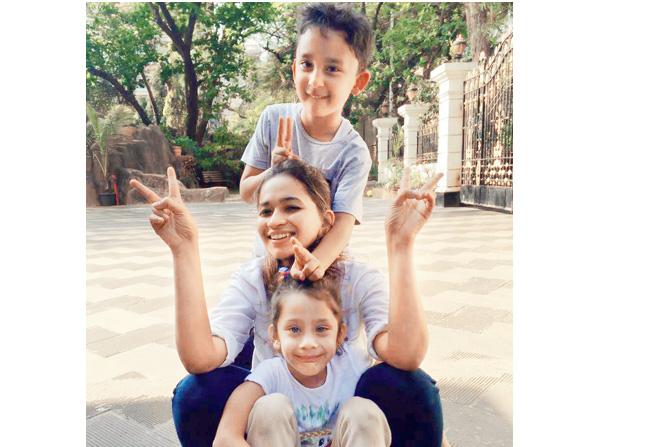 "No one loves to fall and learn," says Latika Shah, a skating instructor who has trained many kids in her 13-year long career, including Sharaan and Iqra, Sanjay Dutt’s son and daughter (in pic), along with other kids of celebs like Shahrukh Khan, Dabboo Ratnani, Hrithik Roshan and Sonali Bendre. More than a decade ago, when Shah was pushed into skating by her parents, she didn’t particularly like it. But a committed teacher helped her forge an interest in the sport. What inspires Shah to share the skill with her pupils — in the two BKC-based schools she teaches at, plus the kids she provides personal training to — is its ability to help children cope with the pressures of school. The passion for skating led Shah to found The Skating Company, which trains approximately 180 students. "The curriculum in school tends to get monotonous. And today, kids lead insular lives. The pressure to do well in school can often bog a child down, but physical activity can help them considerably," she tells us, adding that with technology and our fast-paced lives eating into children’s playtime, parents are seeking new and different ways to engage their kids. "Look at the amount of junk food kids consume. When we were little, we used to go down and play, but because of the lack of space, that is becoming very difficult for kids today. They need some form of exercise," Shah says.

The art of the matter 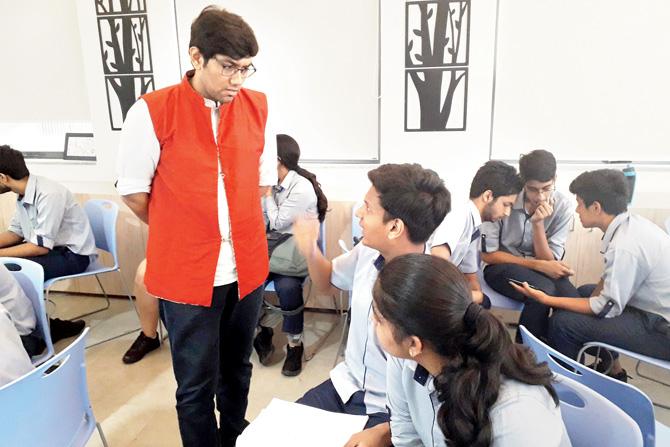 It was during his heritage management course in Greece, where he had to focus on people who do not visit spaces like museums, that Siddhant Shah, a heritage art educator with the Indian School of Design and Innovation (ISDI), realised that the specially abled are left entirely out of its ambit. Shah, who has a background in architecture, grew up with a mother who was partially blind, and the urge to make heritage sites accessible to people like her led him to start Access for All, a social enterprise that seeks to generate employment for the specially abled by opening up the heritage and art space to them. In his role as a teacher, too, Shah incorporates inclusivity in design as part of his curriculum. "I believe that the scarcity of alternative approaches in education can be curtailed through a bottom-up approach. We need many more organisations and an equal number of parents to believe that alternative education is beneficial for all. The biggest challenge is the lack of awareness. Why do we need to have a uni-directional system when lateral thinking or a diagonal approach can benefit the students in the long run?" Shah questions. The 28-year-old teacher has also helped put together art books for the visually impaired, including designing the country’s first Braille museum book, which features tactile images.

Next Story : The time of his life