The teen who ruled the lord's heart

A Bharatanatyam artiste, a poet-translator and a cultural curator join hands to depict the story of Andal, an eighth-century mystic poetess 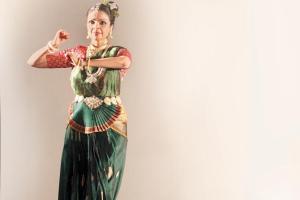 Ratnam in a performance based on the works of Andal


Tennage rebellion is a rite of passage. Few have kissed the threshold of adulthood without defying norms. George Bernard Shaw dropped out of the prison he called school before he went on to win the Nobel Prize.

Pablo Picasso would skip class to channelise his genius on canvas. And Goda, a teen poet who lived in the eighth century in present-day Tamil Nadu, expressed her love for Vishnu in such bold verses that she came to be known as Andal - she who rules the lord's heart.

A much-adored figure in southern India - she has been elevated to the status of a goddess - she is barely known in the rest of the country. To familiarise the audiences of Mumbai, Delhi and Kolkata with Andal, and to raise funds for children with cancer for Tata Medical Centre, The Bhakti Collective will premiere a performance that combines word, dance, music and art culled from ancient texts in the city. 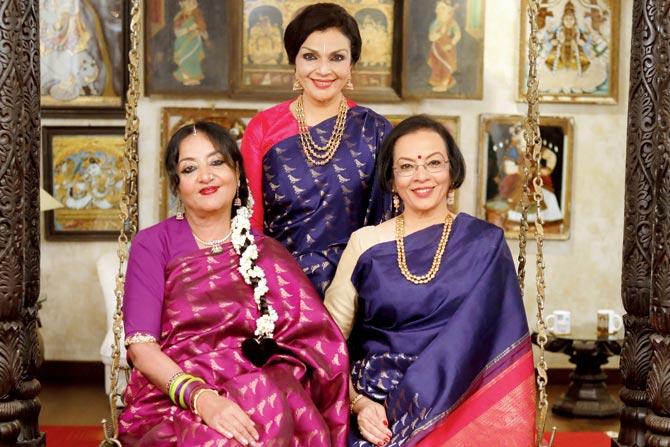 For eight months, national award-winning dancer-choreographer Anita Ratnam, acclaimed poet-translator Priya Sarukkai Chabria and cultural curator and singer Geeta Gopalakrishnan, have been meeting up in Mumbai to give shape to the performance that draws on their love for Andal. Ratnam, for instance, has done four full-length productions based on her works. "She wrote 145 verses of love and devotion to Vishnu, between the age of 12 and 17. In them, she talks about her body, her breasts, lips and arms, without a sense of shame.

[The verses were] not about surrendering at his feet, but about calling out to the lord to embrace her," she explains. "It was a very physical and confident call for a teen. It's startling if you think of the time she lived in." Chabria, who delved into her works to pen Andal: The Autobiography of a Goddess, tells us, "When I was reading Andal, what struck me was the freshness of her vision."

The performance will see the artistes bring these facets of her personality to life. Gopalakrishnan through storytelling and chants will highlight a personal narrative, Chabria through words will provide a historical context, and Ratnam will depict Andal's poetry through dance. The poet remains relevant, says Chabria. "Anybody who wants to seek a larger meaning to what they are will find inspiration in her."

Next Story : Mumbai college rock bands on the cusp of new strides in music