Starting this weekend, multiple events will unfold at a new landmark in the coastal suburb, where a dump yard has been revamped into an urban square for live performances, exhibitions and workshops 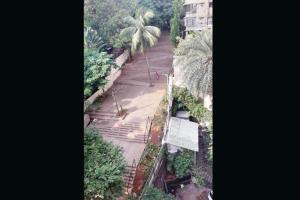 A bird's-eye view of the completed project


A Mumbaikar has little over one square metre of open space; London gives its citizen's a little over 30 square metres. How, then, can communities thrive? That's why, three years ago, Abraham John Architects (AJA) and their urban design arm Bombay Greenway decided to work towards some good news. Opposite St Stephen's Church in the Mount Mary Basilica neighbourhood was a dump yard in a space spanning 18,000 sq ft — a hub for drug dealers. A pro-bono endeavour led by architect Alan Abraham, the team decided to send a proposal to the Brihanmumbai Municipal Corporation (BMC) to turn it into a multi-use public space. Municipal corporator Asif Zakaria helped initiate the project and it also received support from the MCGM H/West Ward, particularly by the Maintenance and Garden department. And now, in light of its completion with an amphitheatre being built, the revamped location will play host to a cultural spectacle called Festival@The Steps for the next five weeks. 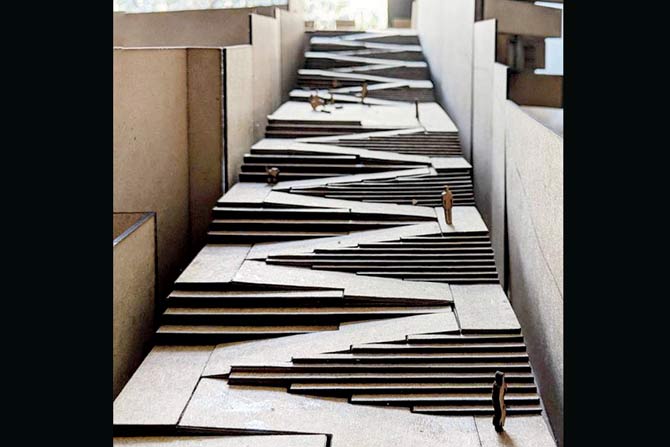 A model put together by Abraham John Architects

With programming helmed by Love Your Parks (LYP) Mumbai and Little Big City, the festival includes a smorgasbord of events ranging from Kathak, Capoeira, and Sufi dance recitals to choral performances and film screenings. The local community and ALMs have played a key role in helping facilitate these activities. "To keep this space locked up was not a good idea. It had to be given back to the people of Mumbai. There is a ramp constructed for the specially-abled. There are also a lot of bad memories associated with this place. So, we wanted to create new, good ones," says Anca Abraham of AJA and LYP Mumbai. 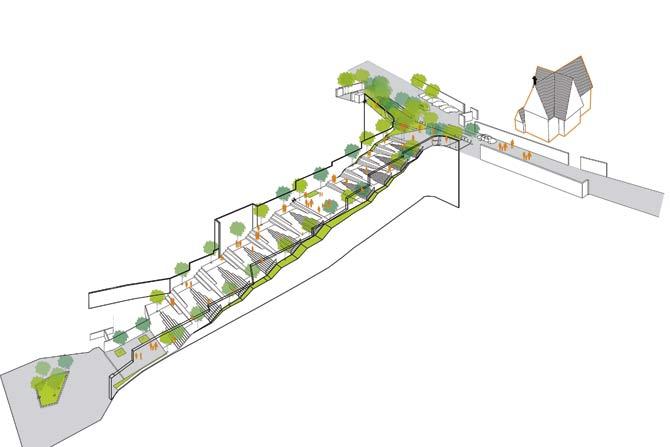 Abraham explains that the aesthetic goal was to make maximum use of space. It had to foster community events but also remain accessible. "For a greater footfall, the lighting needed work. We've also announced an open call for artists to make murals," she says. And isn't it the season to be jolly, anyway? 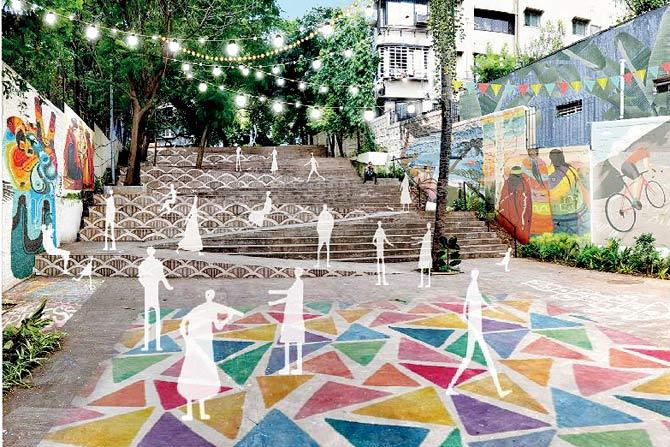 The proposed plan of a multi-use public space

The derelict, narrow staircase before the transformation 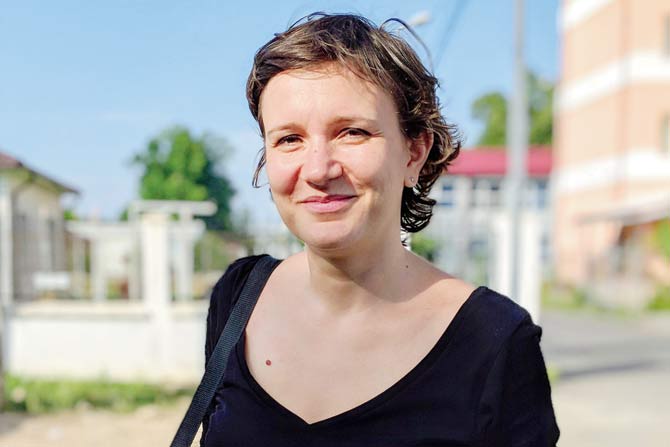 Weekend 1
December 14 and 15
Catch a photo exhibition of St Stephen's Steps revamp and attend a choral performance by #SingForYourParks Choir.

Weekend 2
December 21 and 22
Indulge in some yoga and zumba, and check out a Christmas tree installation.

Weekend 3
December 28 and 29
Listen to the tunes of the KOKOMO choir and sign up for kangatraining, too.

Weekend 4
January 4 and 5
Check out an exhibition featuring the photographs of Manobina Roy, and a historical cycle ride with the Bicycle Mayor of Mumbai, Firoza Suresh and the Smart Commute Foundation.

Weekend 5
January 11 and 12
Engage with other bookworms in a book swap event and catch a dance recital.