It could happen so easily in Mumbai

Baron of hit NYC play Visiting Mr Green, which opens in the city today, says the characters are just as relevant here 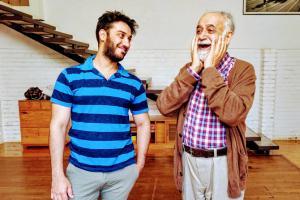 
It is the story of two men who work in the same neighbourhood, but would have never met. Fate, or in this case, a car accident, brings them together. Six months unfold, as a result. "A creative judge accords the 29-year-old driver a weekly visitation sentence for reckless driving. Though, in all probability it was a case of reckless walking," says Jeff Baron in jest, writer and director of Visiting Mr Green, which premiers tomorrow. Quickly adding, "I have been driving around town and realise it is a story that could so easily happen here."

Written in 1994, the play has been performed worldwide, a whopping 500 shows. And this includes a Japanese version and one in the Philippines. However, the setting remains constant, New York City. Baron insists, the characters and emotions resonate across cultural boundaries. "It's really about family," the director adds.

Baron was first approached about six years ago by two different film producers who wanted to set the script in India and use in film. He was also approached for a stage production, by actor,director Aakash Prabhakar, who now plays the role of the younger man, Ross Gardiner in this production. MK Raina plays the older Mr Green. "Prabhakar introduced me to MK Raina, and when we met on Skype; I instantly knew I wanted to work with him," he recalls about the casting. 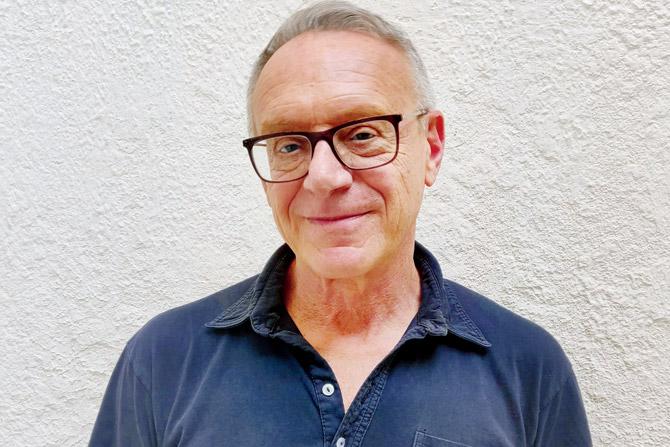 The two actors were on board with keeping to the original text and setting, and worked together over the course of two months, on Skype. When Baron arrived in India two and a half weeks ago, they were deep in the rehearsal process already. This method of mitigating geographical distances turned out to be a blessing in disguise. "We spent a lot of time talking about the differences in culture and the specific Jewish elements that the play refers to (Mr Green is Jewish). If we were doing it in person, the discussions would have ended in a week and the focus would have shifted to the staging process," he shares.

This introduced Baron to the many similarities and differences between India and his home country. "Religion plays a big part in the story, something that is strongly relevant in India, especially currently. Also, the ingrained caste and class system makes Indian society one with many divisions. And this is something that lies at the heart of the play," he explains. Food is another common aspect Baron talks about and reveals, "We still haven't decided what local food we are going to use for the actors to eat during the show."

The last time Baron directed the script himself, was 19 years ago. The younger character of Gardiner was based on himself with specific references. "Now, I understand the older Mr Green better than the last time," he says about revisiting the play, telling us, that often he felt like he was dealing with new material altogether. "The play opens with a man unwilling to accept the devastating loss of his partner of 60 years. It is something I understand much better now," says Baron.

The play has undergone changes over the years and updates of day-to-day reality including being set in the age of mobile phones. "Mr Green's apartment can no longer be cluttered with telephone directories the way it was meant to be," says Baron. They were certain they didn't want to spoon-feed the audience lest it meddle with the intensity and humour. However, one such change did creep into the Indian show. "The reference to a Jewish ritual has been made slightly clearer for a non-Jewish audience," he tells us.

Next Story : Coast to coast