It takes two to tango

In this case, two nationalities. Witness Indian dancers in step with an Argentine tango artiste, as they take the floor at a Lower Parel mall against the backdrop of photographs of Buenos Aires 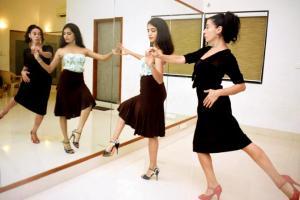 
Menton!" "Pies juntos!" "Abraso intenso!" As Gladys Fernandez gives out the classic instructions for Argentine tango in Spanish to keep the chin up, feet together and embrace intensely, it's easy to forget that we are in a dance studio in Girgaum's Khotachiwadi, and get transported to a milonga underway in some quaint town in the South American country. The Argentine artiste, who lives in Sardinia in Italy and has a home in Buenos Aires, travels for a good part of the year showcasing tango to the Middle East, Southeast Asia, and since 2015, India. 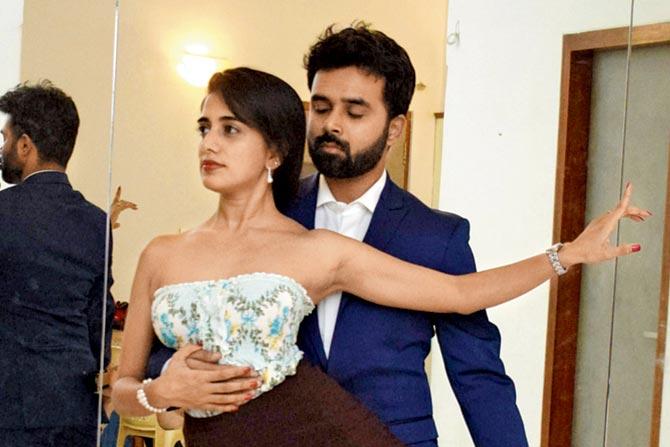 It was at an international tango festival in Auroville, Tamil Nadu, last year that she met Santosh Avatramani, a senior tango dancer and businessman who divides his time between Mumbai and the US. With synergy in style, it wasn't a difficult decision for them to partner up. And as Fernandez, 55, travelled across India to interact with tango teachers and teach those interested in the dance form, she came across Mumbai-based artiste and teacher Kruti Gandhi, and Ajinkya Deshpande from Pune. This evening, "the first four performing professionals of Argentine tango in India", as she proudly calls the quartet, will give a taste of the dance form to Mumbaikars. The performance, Libertango, has been directed by Fernandez and will be presented as part of the event Tangopolis, organised by The Consulate General of Argentina.

Tango in India may still be a niche dance form, but as Deshpande and Gandhi glide across the studio floor, their seamless movements explain Fernandez's pride in them. "Tango is music, feet and heart. It's got to do with the soul, not so much the country or the body type," says Fernandez, to which her dance partner and mentees agree. "The music is mystical and absorbs you as it is orchestral music from the '40s to the '60s. The reason tango is among the most addictive dance forms is probably because unlike any other western dance, it is entirely improvised. It can be meditative, calming and energising [at the same time]," shares 57-year-old Avatramani. 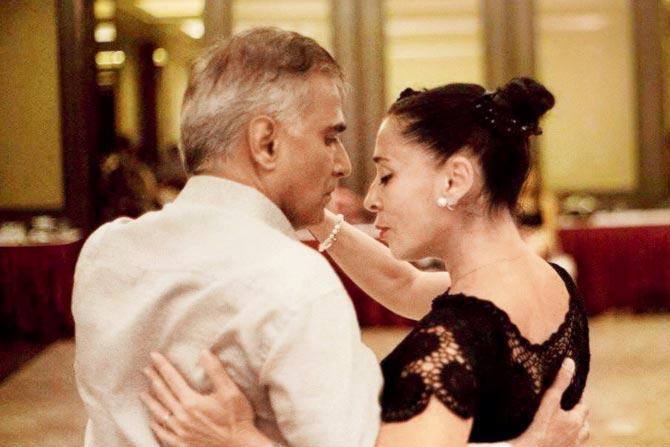 Gandhi, 34, who has trained in kathak and gave up her job of a software engineer to travel to Europe to learn tango, elaborates on the improvisation aspect of the dance, "What you see as part of ballroom tango is step-driven. But Argentine tango is based on unspoken communication between the dance partners." Deshpande, 31, is an options trader who took to tango to get out of his comfort zone. "It is all about listening to each other. There's no place to hide, or lie," he says.

It's been 32 years since Fernandez started out, having learnt from masters in Argentina as well as the popular dancers, known as milongueros. "But I am still learning. It is this love for tango that I wish to take to young Indians; and not just the rich. We want to perform for charities, and through tango, introduce the culture of Argentina to the people of India," she says. Acting Consul General of Argentina Alejandro Zothner Meyer quotes Carlos Gardel, a famous tango singer, when he says, ¨It's not enough to have just the most melodious voice to intone a tango... You have to live its spirits." And as if explaining this unlikely collaboration, Fernandez adds, "And India is the most spiritual place in the world."

Buenos Aires in black and white

A part of Tangopolis is a photography exhibition titled Behind the Scenes – Buenos Aires. An artistic documentation of the city through black and white frames captured by Argentine fine-art photographer Gerardo Korn, it presents the capital city in a new light. "My photographs are the result of my urge to portray my hometown off guard and for me to be its only witness. For me, it is no less than a revelation, almost as if it were a spiritual journey", he says. 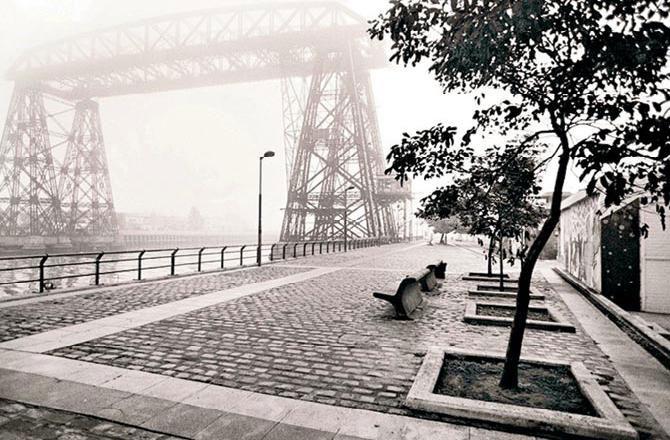 The photographer who visited India as a teenager in 1977 recalls being enchanted by the beauty of the Taj Mahal and seeing the City of Joy, Kolkata. "What made it special is that this trip was the last one with my mother... Therefore, exhibiting these photos in India has an importance that goes far beyond art." 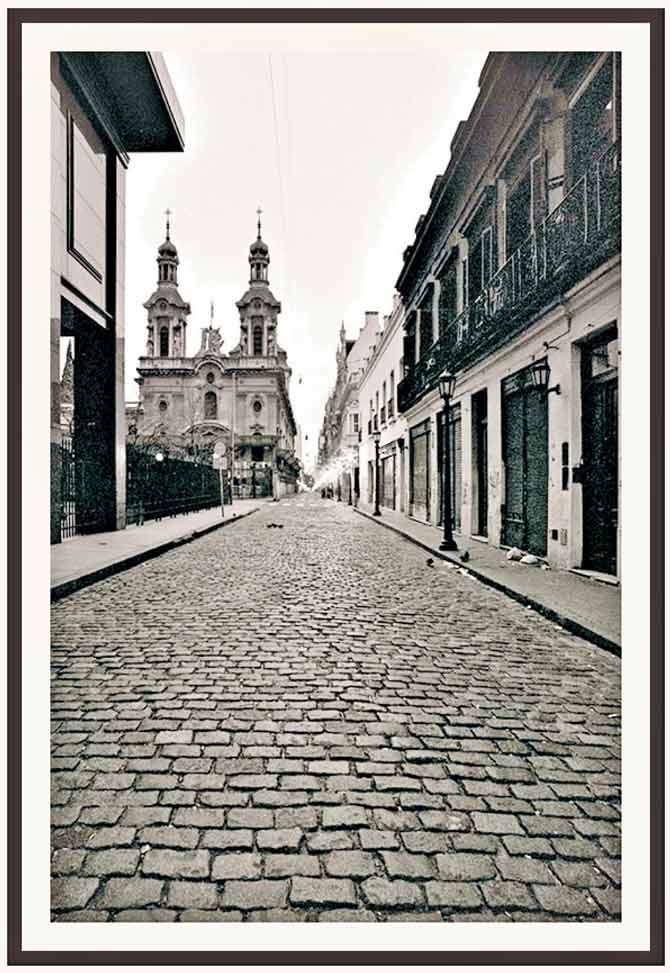 Next Story : Flora fun in Borivli