As artists around the world create interesting letterforms for 36 days as part of a global typography challenge, we spoke to three Indians who are acing it 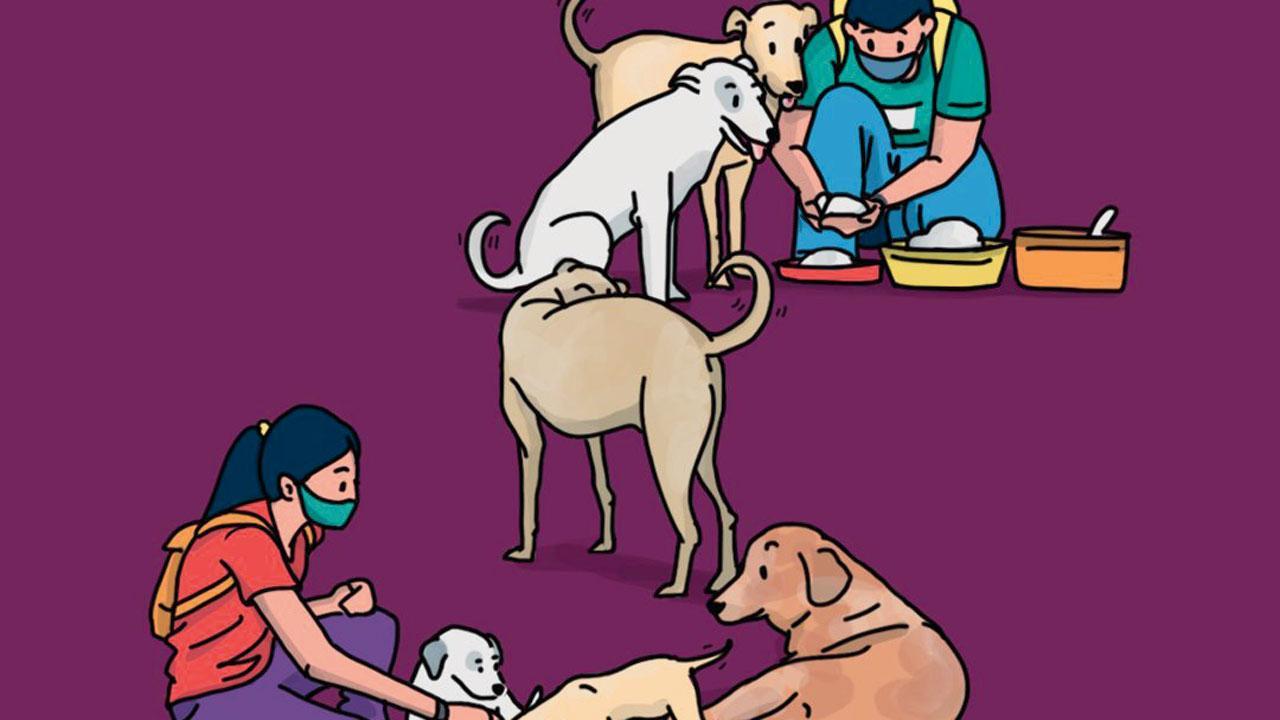 
In 2014, Barcelona-based graphic designers Nina Sans and Rafa Goicoechea started to experiment with typography and graphic design on a daily basis. Their personal project evolved into a global challenge — 36 Days of Type (DoT) — entertaining thousands of entries. All artists have to do is render alphabets and numbers as creatively as they can for 36 consecutive days. This year’s edition kicked off on April 5 and will continue until May 10. And Indian artists have hopped on to the bandwagon, delving into unique themes. Here are three worth checking out.
Log on to: 36daysoftype.com

City-based designer Mihir Lele, 28, is no stranger to this challenge. He attempted it last year, with a political take — touching upon CAA, NRC and the abrogation of article 370. He received his share of hate for it, he admits. And so, this year’s attempt feels less “polarising.” Lele looks back on the lockdown and how it impacted our day-to-day lives.

His illustrations carry a sense of painful nostalgia; while E captures electricity bills that skyrocketed, O is synonymous with oximeters. “I wanted to present a take on the pandemic through the common man’s perspective. This challenge enables you to put out your thoughts without having to receive feedback,” he says.
Log on to: @mihirl on Instagram

Tucker has dedicated the letter E to American singer-songwriter Erykah Badu, who is called the Queen of Neo-Soul

Sudeepti Tucker, 28, an artist from Bengaluru, has played around with alphabets in the past but never took 36 DoT seriously until this year. Combining her interest in type and portraiture, Tucker’s series is a visual discovery of great musicians — featuring artistes including Donald Glover aka Childish Gambino, Erykah Badu and Doja Cat.

“As I pick the artiste I’m going to be drawing for the alphabet, I discover a lot more of their music and new artistes, too. I also started the challenge as a way of disciplining myself. So, this is a practice experience for me and I’m enjoying it a lot,” she shares, with the belief that she will complete the series.
Log on to: @sudeepti.tucker on Instagram

Having started illustrating last year, Tanya Timble, 22, is tackling 36 DoT for the first time. With all the sorrow in the country at the moment, the Jaipur-based artist wanted to bring  cheer into people’s lives. Hence, she took on 36 DoT with a Bollywood twist, illustrating alphabets themed around her favourite movies including Dilwale Dulhania Le Jayenge.