Using shadow puppetry and projections, a show tells the story of a king who was more of a prankster than a maharaja 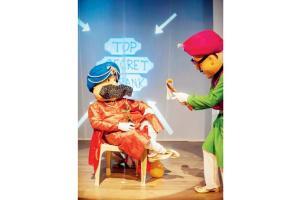 A scene from the play, which invites children to participate in it.


In a land far, far away, there once lived a king. Unlike the archetypal maharaja, he found no joy in regality. Instead, his heart lay in playing pranks — much to the annoyance of his mother, but the delight of his kids. When he learnt that the royal couple of England would come visiting, he dropped everything else to welcome them in his own way. What happened on the day they arrived?

That's the premise of Maharaj of Mastipur, a shadow puppet show, which will premiere in the city at Wintertime@Prithvi, a week-long festival of plays and workshops for children. An initiative of Crossover Media's Guppy Theatre that aims to create a space where children can discover and use their imagination, the play is based on a book. 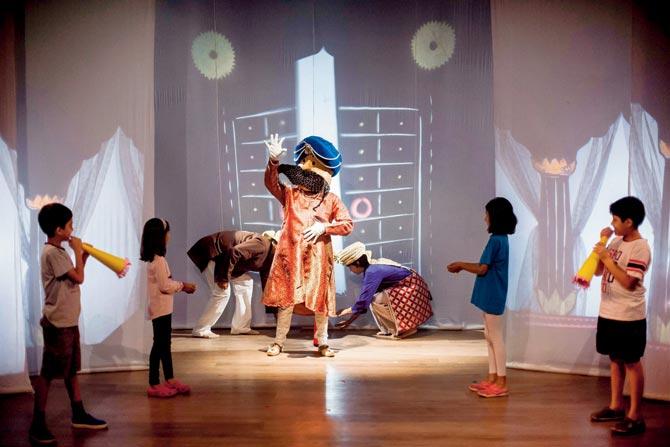 "The content created for children today is in such great detail that it offers little scope for imagination. With the help of shadow puppetry, masked puppeteers and projections, we want to spark kids' imagination," says Delhi-based Anurupa Roy, director of the play and founder of Katkatha Puppet Arts Trust. She adds that the aim is to also encourage kids to go beyond tablets and phones, and experience literature come alive on stage.

About the unusual character of the protagonist, Roy tells us that there is an anti-authority streak in him. "So, he cracks jokes on people in power, but he'll never do the same to a poor subject," she explains. "For a change, children can feel equal to an adult. And that's why they would find the maharaja truly endearing."

Next Story : Enjoy sun and sand away from the city to ring in New Year 2019