Sufi on her mind: Aabha Hanjura’s Madano is a musical expression of her love for Kashmiri culture 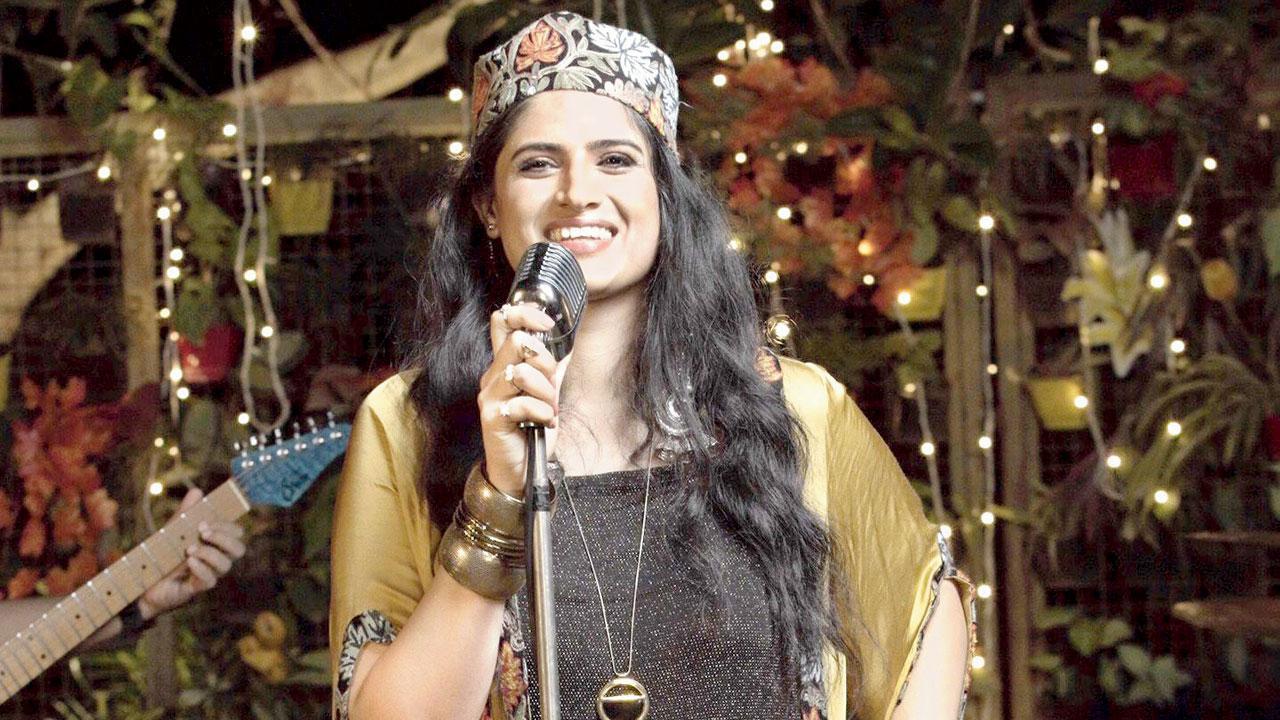 
For a Valley that has been haunted by a shadow of gloom, Kashmir hides a vibrant heritage of music and art. Aabha Hanjura is more than familiar with it. As the daughter of Kashmiri Pandits forced out of the region during the exodus in the 1990s, she was raised on stories, ditties and songs from the region.

“I wanted to set the tone from my first album — the sonic identity established by the Kashmiri rabab or sarangi that sounds different, and the santoor is the sound of the mountains — which originated in the valleys,” says the Bengaluru-based artiste.

It led to her first album Sound Of Kashmir in 2019.  A song from another album, Hukus Bukus, also featured on the popular web-series, The Family Man. Peppy and fun, the song was received warmly by listeners online. But the singer reveals there is a deeper philosophy to it. “Some say it was composed by the 14th century Kashmiri poet Lalleshwari. Others say it is older than time. I believe that highly spiritual messages are sometimes simplified into children’s poems to ensure that they are passed on,” the singer says, revealing that she heard it from her grandmother.

Her expression of Kashmiri musical heritage also came from a realisation that music from the region was scarcely represented in mainstream memory. “When it comes to folk, people often turn to Rajasthani or Punjabi music. Also, Kashmiri words flow naturally into my song writing,” she says, describing her reason. Her popular singles like Nundbane, Roshwalle chalo and Khanmoej koor capture this style.

A song of love

Her new composition, Madano, takes a slightly different direction with its depiction of romance. The singer describes it as a rare song that speaks of passion from the female perspective. “If you look at love songs, in today’s age, most of them are male-oriented. They are sung from the perspective of the man. But women also feel a lot of passion in love. That side is represented beautifully in Sufi poetry or in the works of Meerabai,” she reveals.

The reference to the legendary poet is not accidental. She reveals that the word, Madano or beloved, has its roots in the Hindi name, Madan — another name of the god Krishna. Also featuring the chords of Kalyan Baruah, Madano comes across as a serene folksy rhythm that quickly becomes addictive.

Having moved to Bengaluru in the 1990s with her parents, the singer fell in love with the music scene in the city. “It has a vibrant music culture,” she says. This led to the formation of her folk-pop band, Sufistication. Hanjura adds, “I wanted to create something eclectic with my sound. If you hear Sufistication live, it is a confluence of cultures with folk-pop at the core of it.” Describing the city as a breeding ground for talent, she adds, “The audience is also open to different styles of music.”

Hanjura points out that she does not wish to be boxed into a category as an artiste. “Although my first album began with the idea of the Kashmiri identity, I want to explore more,” she explains, adding that as an artiste, it is her duty to evolve. “If I end up boring myself, my audience will soon be bored of me,” she laughs.

With an India tour planned in winter, the singer promises that more collaboration is on the cards. “I am going to get back on my unplugged folk-pop album, and other collaborations are on the way, too.” Without revealing more, she concludes, “This year is all about new directions.”

Next Story : In sleep mode: Check out this session to improve your sleep cycle