From relaying secret messages between comrades, to being meeting points for leaders, Mumbai’s restaurants and cafés fuelled our nationalist movement in various ways. On India’s 75th Independence Day, we revisit four such eateries that witnessed history 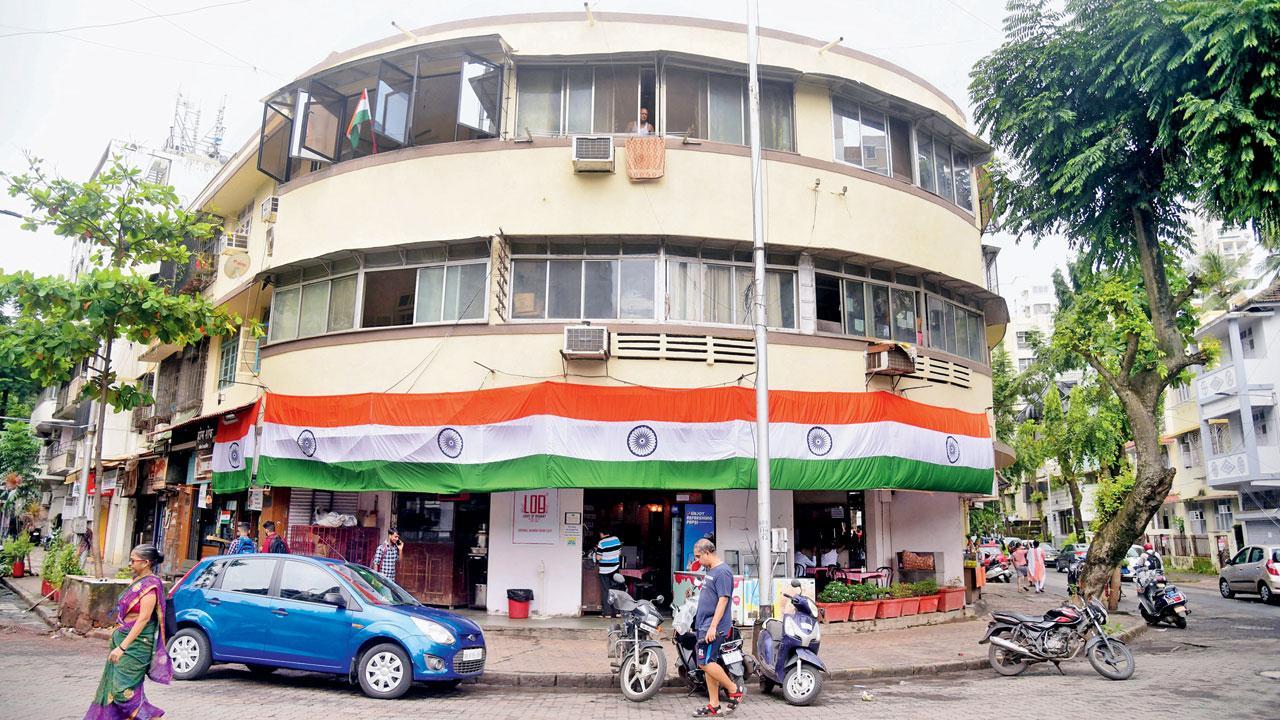 Light of Bharat, near Shivaji Park, decked up for Independence Day 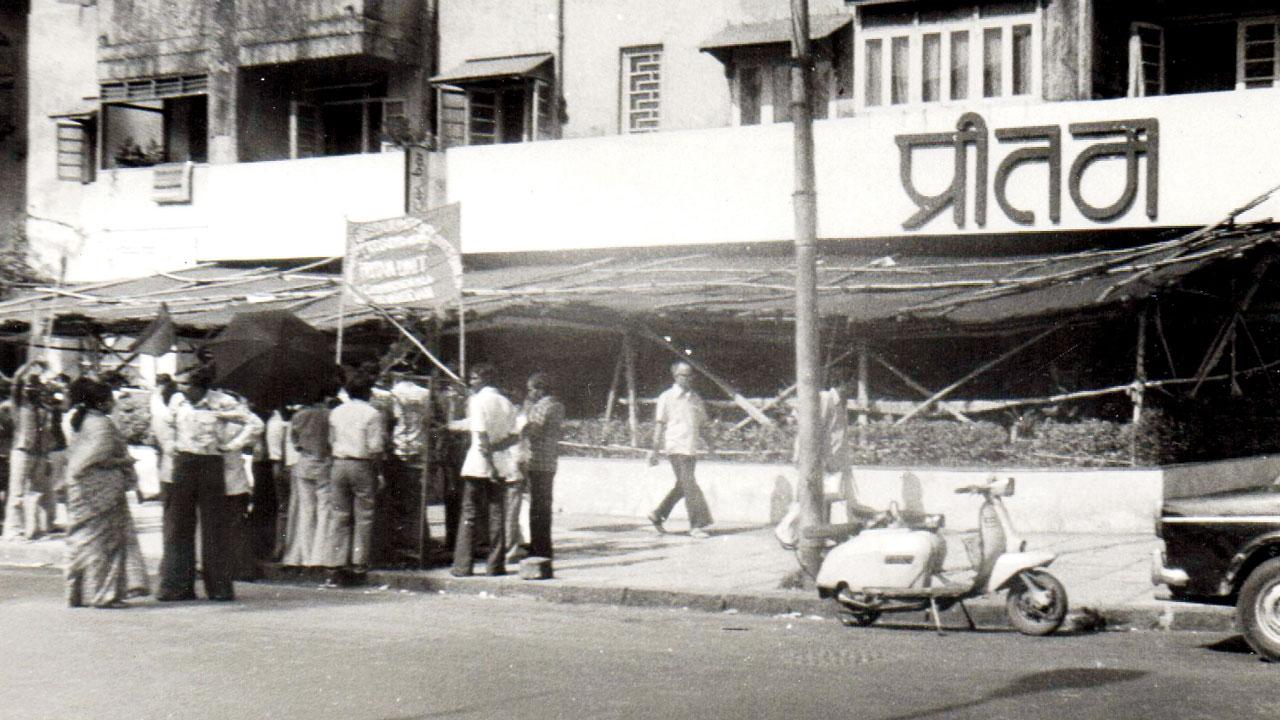 The original signage of Pritam Restaurant and Bar

The cries of the Quit India Movement were ringing in the air, when Sardar Prahlad Singh Kohli, a young dry fruits trader from Rawalpindi, was setting up the Pritam Punjab Hindu Hotel — a name that is still synonymous with Dadar today. With the Dadar tram terminus barely 50 metres away, a General Post Office in the vicinity and arterial access to trains, trams, buses and horse-drawn carriages, Pritam was in the middle of a transport hub. Gurbaxish Singh Kohli, the third-generation restaurateur from the family, fondly known as Gogi, recounts, “Dadar was a nodal centre, from where anybody could easily enter or exit the city, or head anywhere else in Mumbai. And Pritam was the only eatery open throughout the day. So, it naturally served as a meeting place for freedom fighters.” 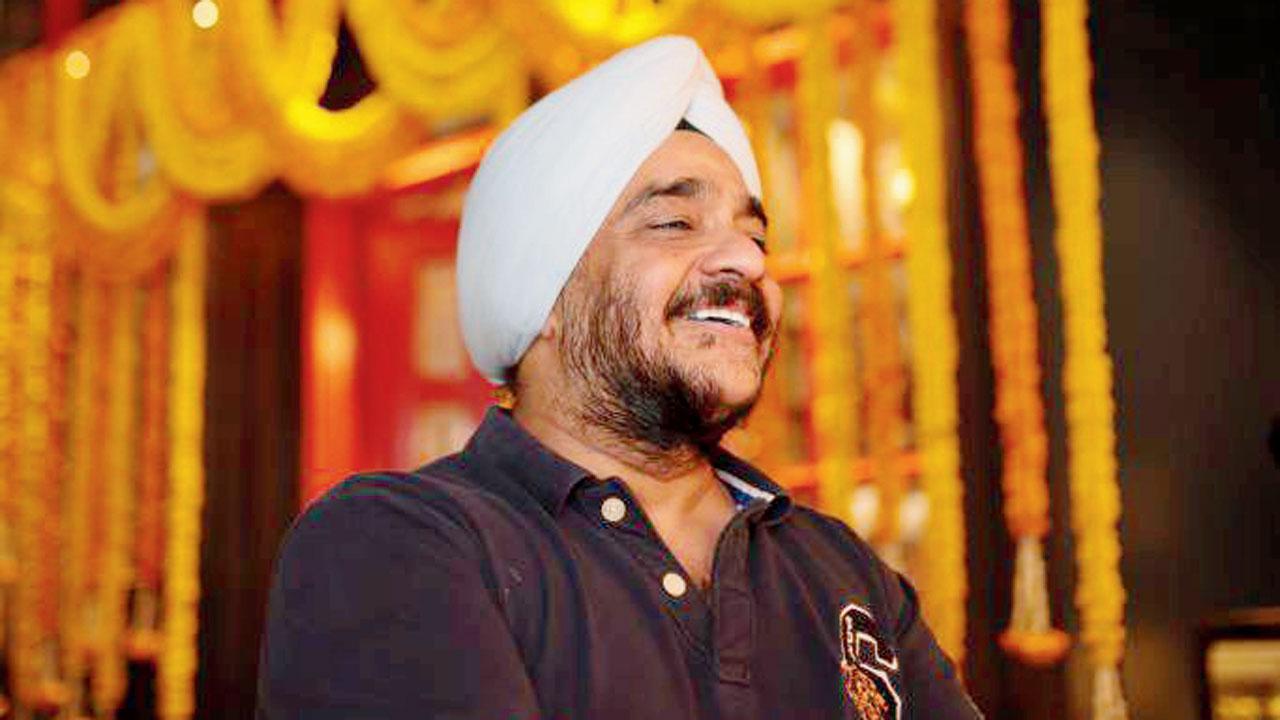 Dr BR Ambedkar resided 500 metres away, and was often spotted sitting with a chai or meeting his comrades at Pritam, Gogi Singh recalls his grandfather telling him.
In the troubled days of the Partition, Prahlad Singh Kohli and Pritam offered a safe haven for refugees. “In those days, many people [from back home] knew we were in Mumbai. Like a straw of familiarity that one clings on to, they would come to us,” Gogi Singh elaborates. 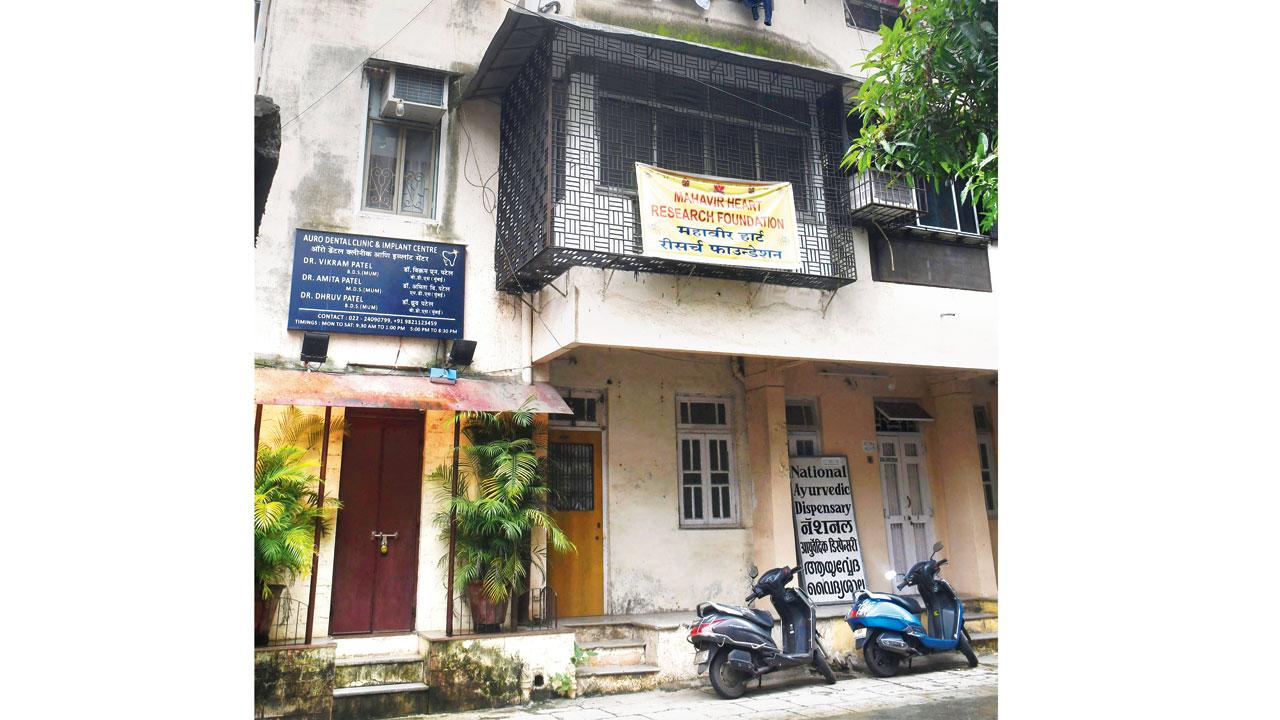 Room No 2 of Savi Building in King’s Circle, where Sardar Prahlad Singh Kohli, the founder of Pritam, resided and welcomed refugees in the days of the Partition. Pic/Ashish Raje

His grandfather had a 300-sq ft one-room-kitchen space at King’s Circle where he resided, and welcomed friends, family and acquaintances who arrived in the city post the Partition. “My grandparents were part of the hurt that came with the Partition, so they accommodated and helped whoever they could. At one point, 25 people lived there. We have held on to that one room, as a reminder of those days,” he adds. 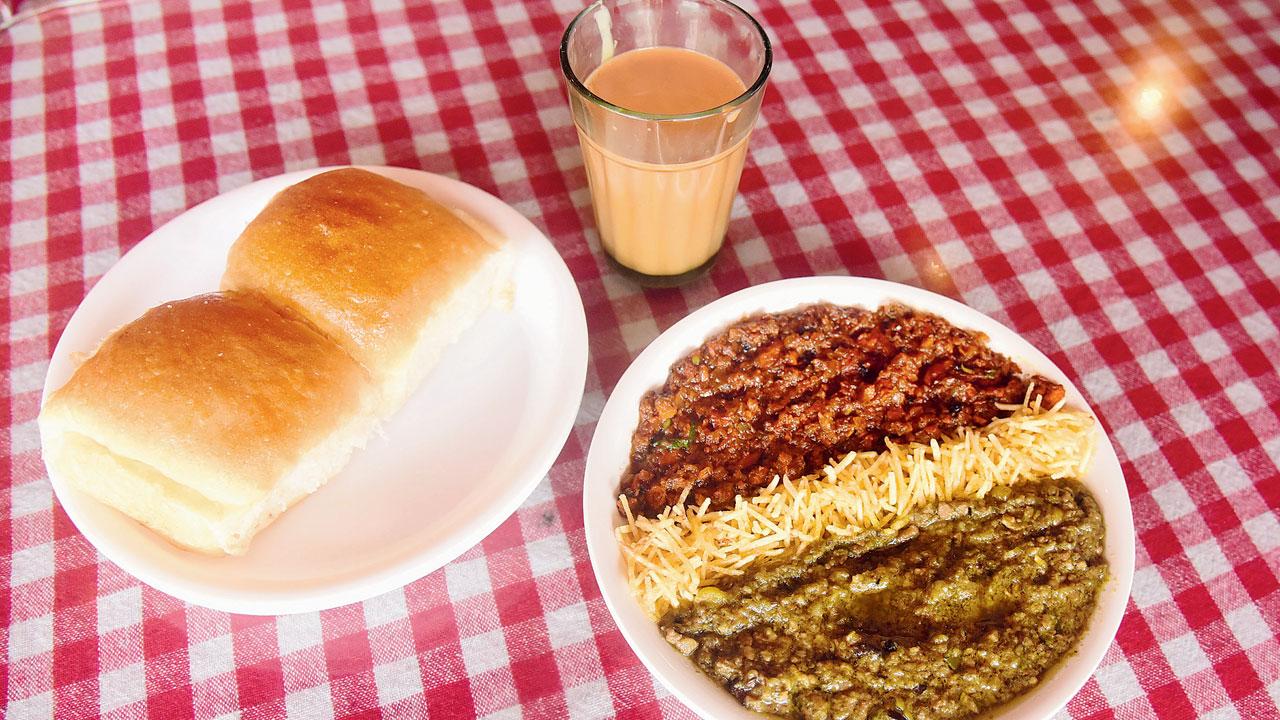 In another corner of Dadar, at Shivaji Park, in the 1940s, an Iranian man was declaring silent solidarity with his Indian brethren. Ghulam Hussein Saqi’s café, Light of Bharat, which is today bedecked with tricolours across its semi-circular façade, was named by social reformer and leader Prabodhankar Thackeray. “It was like a silent protest against the British, and glorifying India,” Saqi’s grandson, Reza Saqi Irani, tells us. Thackeray and Vinayak Damodar Savarkar, or Veer Savarkar, were among the many freedom fighters who would frequent the cafe. 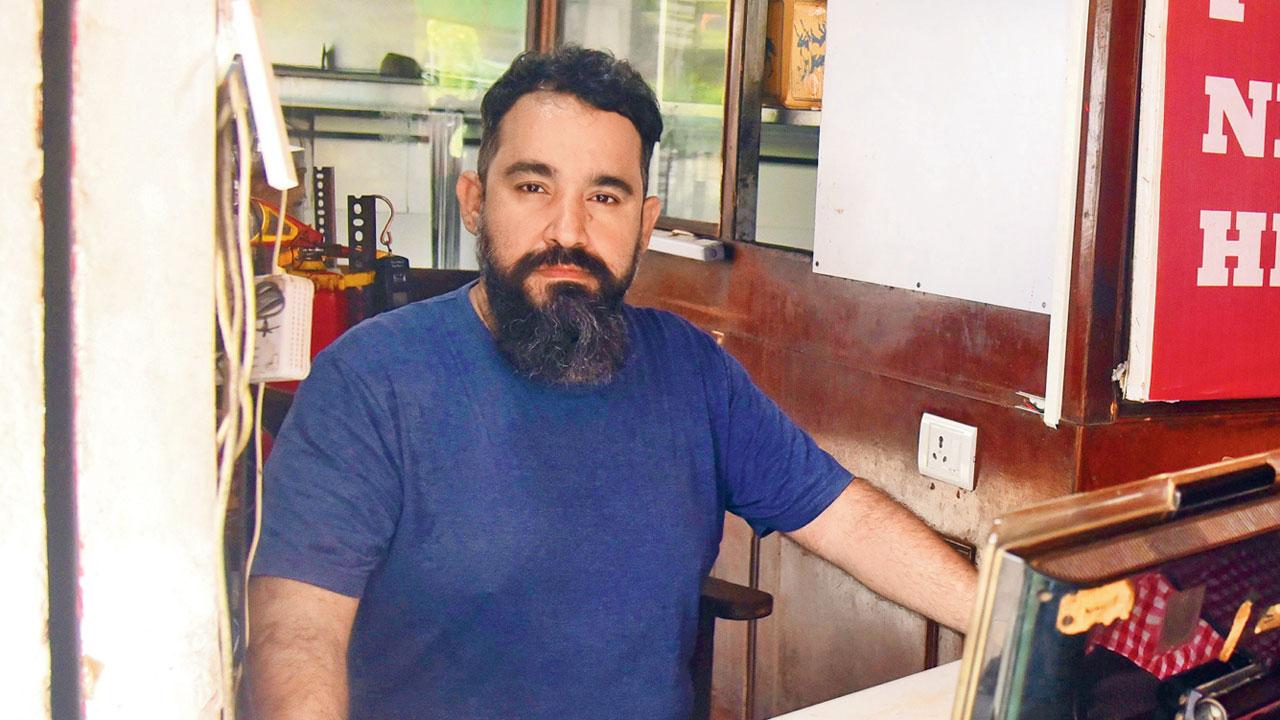 Irani reminisces how, at the peak of the Independence movement, Thackeray would hand scrolls of secret messages to his uncle, Prakash Ranadive, to be handed over to NV Modak — who later became a pioneering BMC city engineer — at Modak Bungalow that’s across the street from the eatery. “Thackeray would ask my uncle to go to the bungalow on his cycle and toss the scroll up into Modak’s balcony. To this day, Thackeray’s grandson, Raj Thackeray, and Savarkar’s grandson, Ranjit Savarkar, are our customers,” shares Irani, who will be serving up a special tiranga kheema, and free Irani chai today to mark Independence Day. 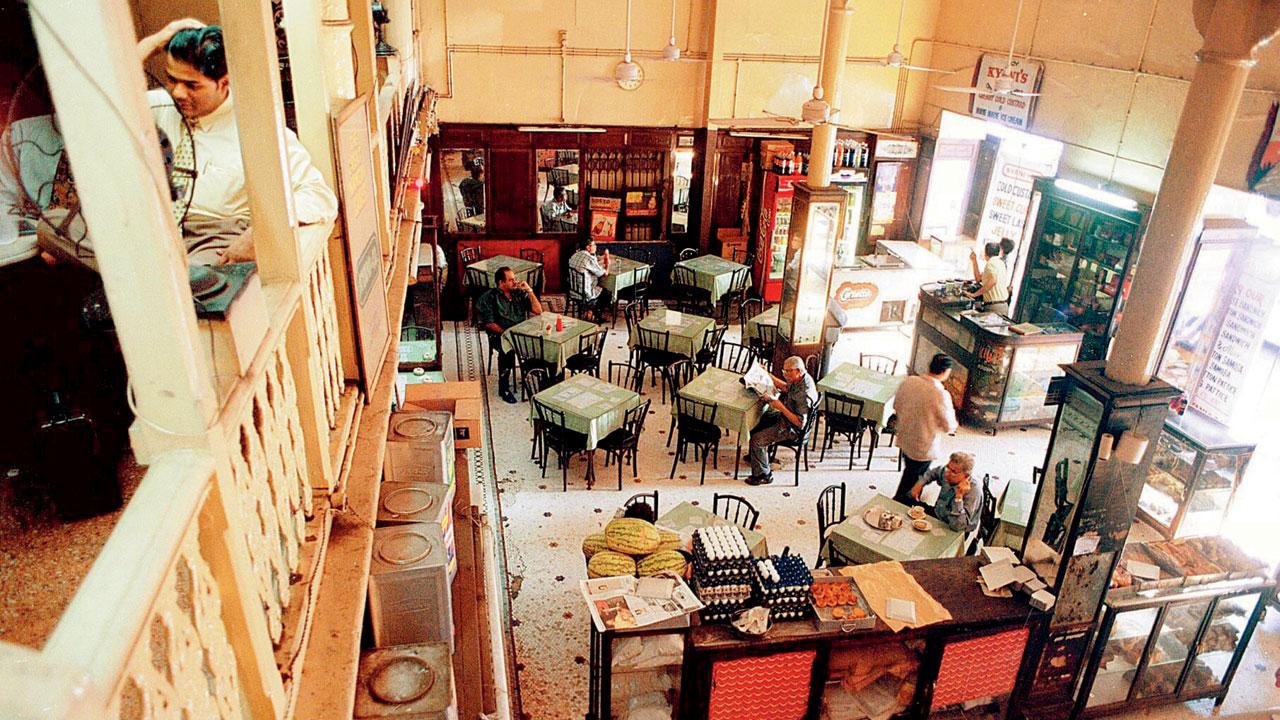 Kyani and Co in Dhobi Talao

While his family started taking care of the Dhobi Talao-based café only in 1959, current owner Farokh Shokri notes that the Iranian eatery’s history dates back to 1904 when Khodram Marezban established it. “My late father, Aflatoon Shokri, would tell me that a lot of freedom fighters would come to Kyani and Co, and hold important meetings, and discuss strategies during the freedom movement. They would end up having a cup of tea, bun maska and khari biscuits,” Shokri reveals about the orders which continue to be a hit today. Talk about fuelling a revolution. 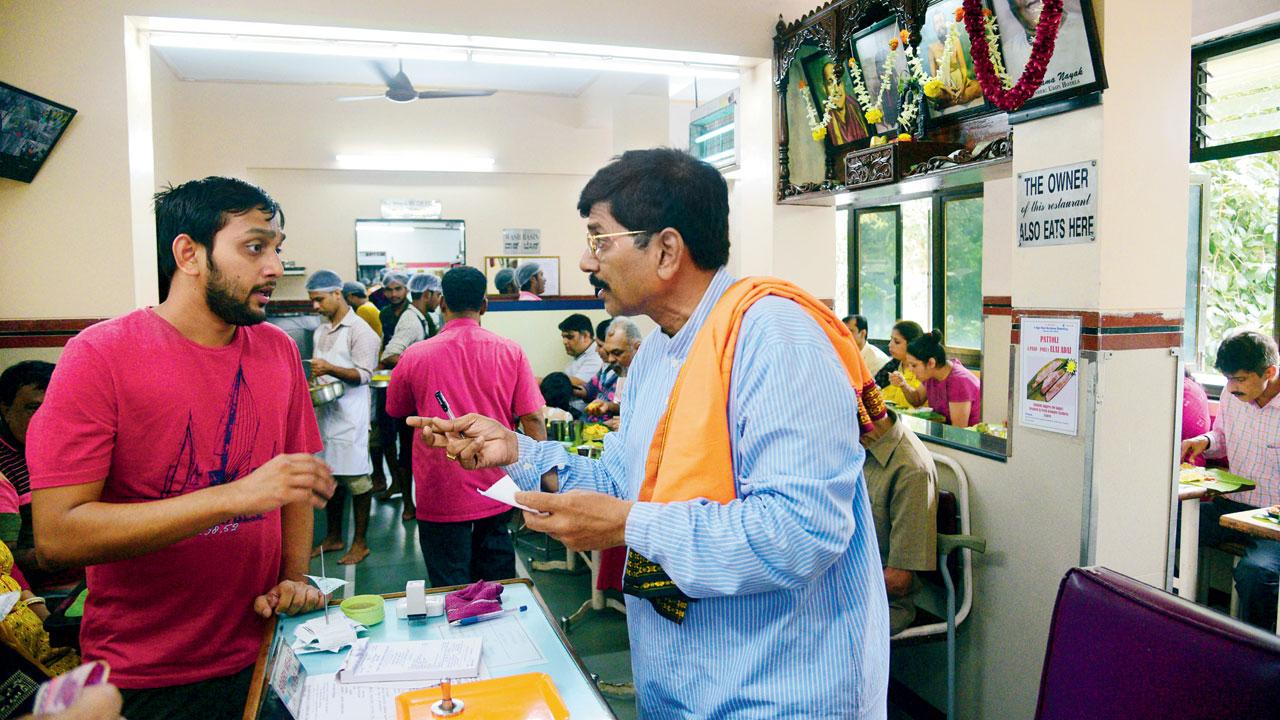 When the teenager A Rama Nayak, often hailed as the Father of Udipis, arrived in Mumbai on a ship from Yekkar in Karnataka, he realised most eateries in the Maximum City were named after caste or religion — Hindu hotel, Irani café, Vaishnav hotel, Islam hotel and the like. “Those were the days of the Quit India movement, and the debate on untouchability was brewing. After learning the ropes at a hotel in VT, my father decided to open his own. 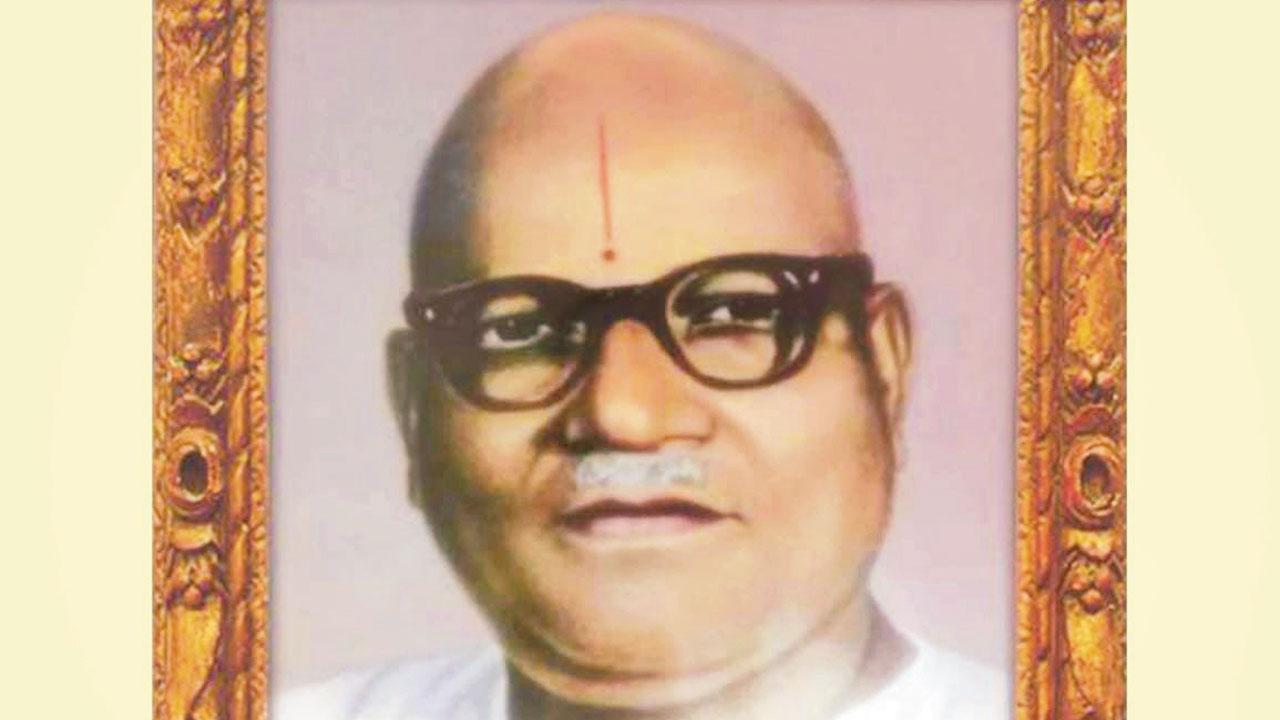 He decided to call it udipi — a name that caught on. The South Indian food he served was filling and easy on the pocket for the working class population [at just two annas back then],” shares his son, Satish Nayak, the second-generation owner of A Rama Nayak’s Udipi Shri Krishna Boarding in Matunga. A socialist at heart, Nayak’s restaurant was inaugurated by Marathi activist and freedom fighter Sane Guruji. “Freedom fighters such as Sane Guruji would visit often and leave chits of messages. They would ask my father to pass them on to their colleagues. My father wore khadi, and dedicated his life to serving people,” he reveals.

Next Story : Independence Day 2022: Attend these events in Mumbai to celebrate the day