Through the sands of time: Exhibition at CSMVS highlights conservation processes of rare artefacts

Offering a window into the extended lifespans of rare and significant artefacts, an ongoing exhibition at CSMVS introduces viewers to conservation processes and their conscious non-interference with art 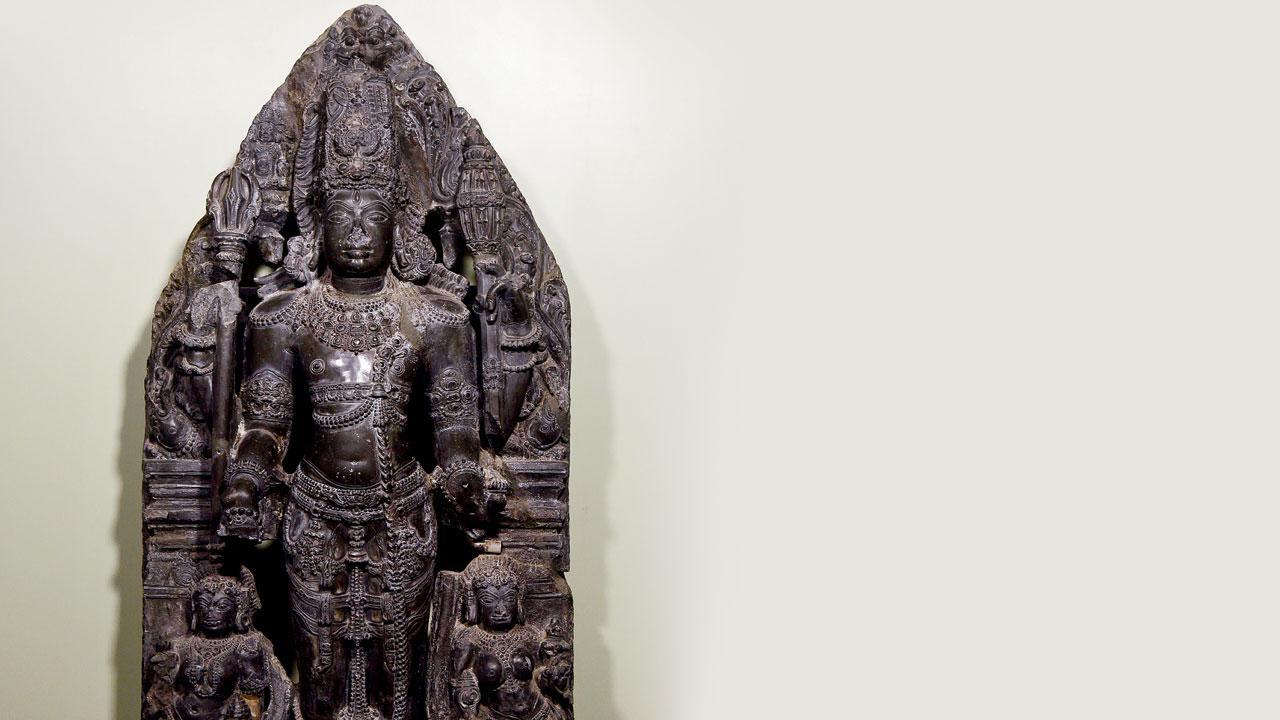 
The dim but focussed lighting in a gallery choreographs a viewer’s ushering into an incremental conquest of secrets. Objects of long ago queue up for delight and heed; periods in history flow out of their temporal bounds; and the current-ness of a restored piece reminds us of shared responsibility. Conserving The Collection: 7 Years of ConservArte, an ongoing exhibition at Chhatrapati Shivaji Maharaj Vastu Sangrahalaya (CSMVS), touches on these intents while unspooling the philosophy of conservation — a modification on a relic should come undone in need. Watch the objects narrate the hows and whys of that process. 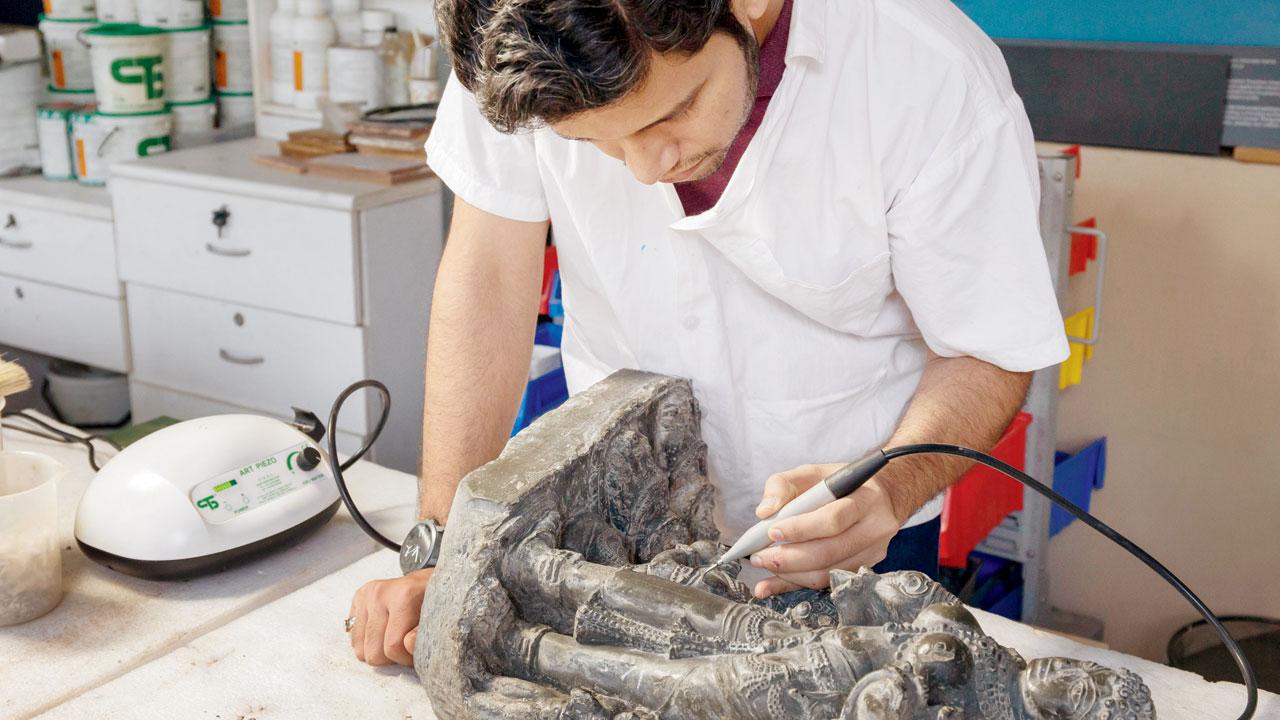 A Harihara syncretic form of Shiva and Vishnu (12th century CE) in black schist had reached the museum with misaligned parts. On inspecting the 800-year-old piece, conservators realised that eleven broken body parts had been joined with the use of iron dowels. Since iron expands over time, it leads to breakage. The pieces were separated, realigned and then cemented using fibreglass dowels and polyester resins — more durable material to hold transverse joints. On looking closely, one can see patches that have been carefully filled in; we learn that these parts also stand as markers for future conservators to access the piece and incorporate up-to-the-minute preservation techniques; (above) conservator Swapnil Sutar uses an ultrasonic ablator to remove added layers of matter from the surface of the stone sculpture. 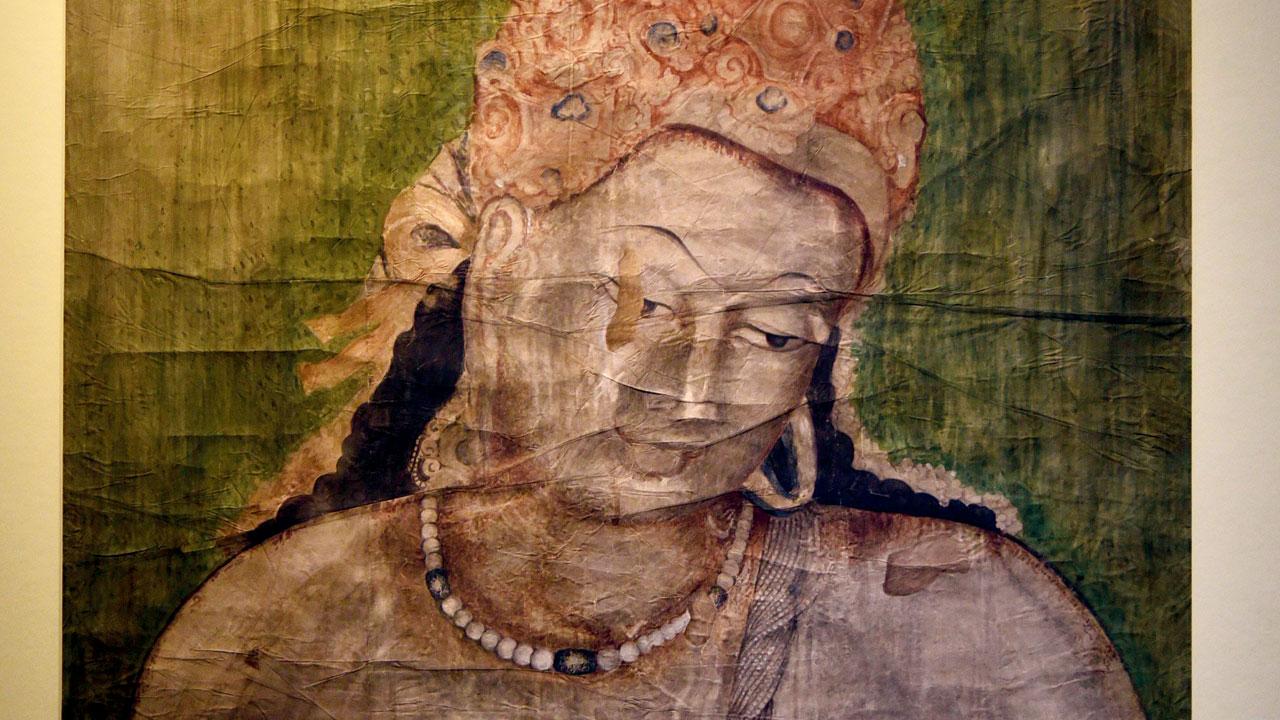 This Padmapani painting is part of a long sequence of watercolour reproductions of Ajanta murals. In the early 1900s, artist Syed Ahmed visited Ajanta Caves with a group of art students and created these paintings over a period of time. The paintings were initially torn, frayed and their cloth support had rolled in because of Mumbai’s high humidity. Before attempting to conserve these artworks, they were allowed to rest and relax for nearly three months. 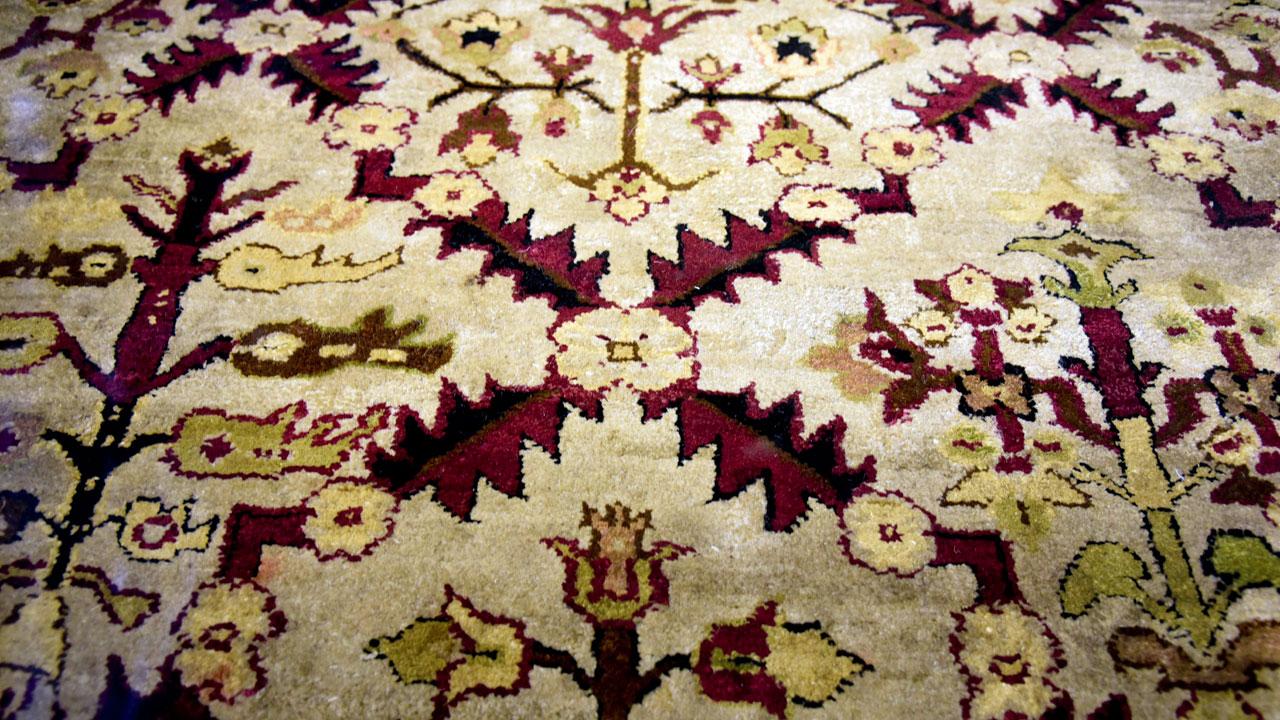 A sample carpet made in the Agra jail style is part of the Bombay School of Art collection of 1928. It’s indicative of Indo-Persian pile carpets that were woven by jail inmates as a means to integrate them into the society after their time in prison. This relic had loose fibre and frayed edges; it was cleaned using a low power-vacuum and restored with the addition of new fibre, which can be identified under ultraviolet light. PICS COURTESY/ATUL KAMBLE 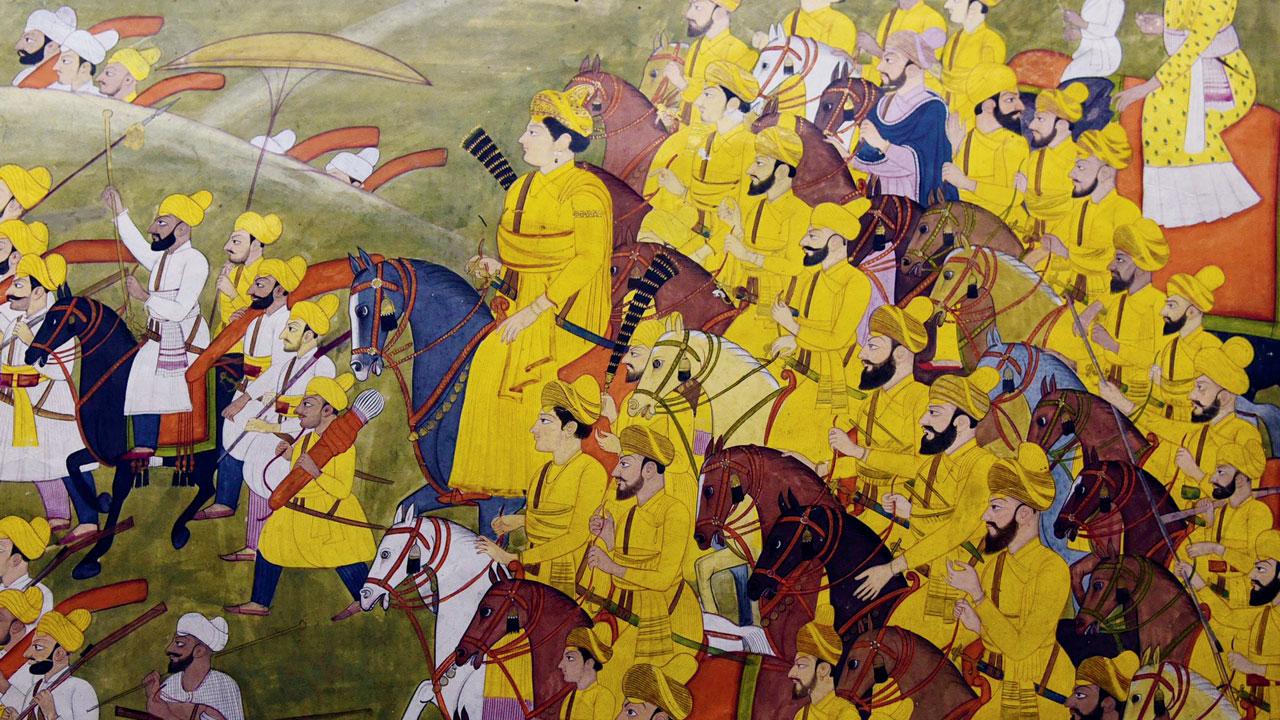 A close-up of the 19th century CE painting of the procession of Prince Anirudhchand on Basant Panchami. Due to the nature of lead white, used to highlight faces, the work had developed grey patches. Keepers at the museum used a mix of chemicals to convert these pigments into their original tones.

A year’s labour: A late 19th century incense burner from the Meiji period bore a dark façade until the presence of gold and silver under the tarnished exterior was identified with X-ray fluorescence spectrometry. The piece’s regal look was achieved using laser and chemical cleaning methods.

At: Karl and Meherbai Khandalavala Gallery, CSMVS, Fort
Till: ongoing; 10.30 am to 6 pm
Log on to: csmvs.in
Entry: Museum entry charges applicable

Next Story : Make way for the Kings: City's drag kings to present a night of glamour at South Mumbai