When quarantine gets lit

While life is crazy during the lockdown, fan fiction themed around the virus is crazier. We invited a book blogger to review three stories 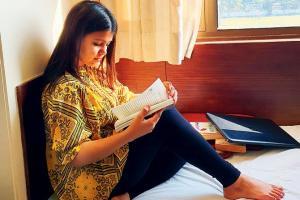 
Literature is a canvas for creativity. For readers, it could well be a coping mechanism — where the quality of writing is secondary to the respite it provides. Would you consider the Twilight saga as good literature? Probably not, but the author Stephenie Meyer did manage to sell over 100 million copies and have it translated in 37 languages. The Internet community Wattpad, an outlet for fandoms to unleash their imagination via fan fiction and original fiction — a lot of it that might get you hooked ­— announced last year that it surpassed 80 million users, a 23 per cent increase from 2018. It's now a breeding ground for narratives that would otherwise be unthinkable. As a result of the pandemic, you get to read about how someone has to quarantine with One Direction's Harry Styles, Aladdin having to rescue Agrabah from the deadly virus and a girl texting Blake Richardson from the Brit pop outfit New Hope Club because she's bored. We sieved through the slew of virus-themed fiction to pick three interesting titles, and invited Kinjal Parekh, a 22-year-old book blogger from Kandivali, to give them a read.

Absolutely unbelievable
"I couldn't read this with a straight face," Parekh confesses, about Corona Virus x Flu Virus, where the plot is as popular as a dramatised reading on TikTok as it is in written form on Wattpad — "Corona is the new girl in town and EVERYBODY hates her!!! one day she met a real charmer by the name of Flu who knows everybody!! will he even notice her!?" The meme-format it follows (switching the letter case or deliberate capitalisation) perhaps correlates to its 36,200+ reads. "I have no clue how the story crossed the writer's mind," she says. A plausible explanation, she shares, is an attempt to boost visibility. "You get a higher ranking when you match the SEO [search engine optimisation] searches. So, you have to be in tune with hot topics like merging corporates or in this case, the virus."

Parekh learnt of Wattpad back in junior college although her paperback-loving self became unsatisfied with it. About this new fiction that has emerged, she says, "If this is what is bringing awareness about a particular subject then it's good. Keep going. But one has to be responsible when they put out something which is taking a toll on human lives." 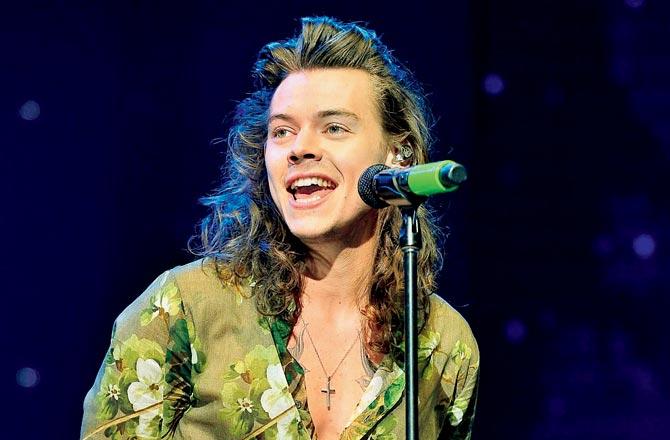 Larry Stylinson Sick Oneshots by twoghostsinonehome is a series of short stories where One Direction's Harry Styles and Louis Tomlinson are basically sick with every damn sickness there is including COVID-19, and still very much in love with each other. The 33-part story has over 60,000 reads which Parekh attributes to the huge fan base of the band. Elaborating on the motive to write such a story, she says, "They've been on a hiatus for years, and their fans are still waiting
for them."

Working out the tough times

The popularity of the American TV series The Office can be measured by the sheer number of Michael Scott references you come across daily. On Wattpad, user AbbyLe_ imagines the Coronavirus making its way to Scranton, Pennslyvania where the show is situated. Now, salesman Dwight Schrute is tasked with quarantining the workspace.

"But will he be able to if he's struck with it?" the writer asks in the plot. This one, Parekh found bizarre but still the best of the lot. "It highlighted many important points like quarantining yourself, especially when you have a travel history, sanitising and helping out [in society]. There's a chapter where the guy started dreaming of making millions of dollars by selling beans that he presumes to be a magical cure. If this unusual story helps people avoid believing in any such news without any authority confirming it, then it's probably working out for the best. It was also a good way to portray that even if one person from an entire group/family fails to self-isolate and thinks that the virus is a joke, it could lead to a massive chain reaction."

While personally none of the stories worked for her, she doesn't rule out the possibility that it can't work for teenagers. "The fact is that such content is being read by thousands. I just checked that about 85 per cent of the website's audience are teenagers. It could also work for someone who isn't a reader — because an avid reader tends to analyse a lot, comparing them to books they have read, their writing style, characters and flow."