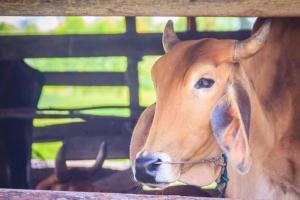 
In a horrific case that reminds of the infamous 2015 Dadri lynching, a man was brutally assaulted with a hammer on suspicion of smuggling cow meat in Gurgaon. According to NDTV report, the man who was driving a pick-up truck carrying bovine meat was being chased for 8 km by a group of cow vigilantes after which they flagged him down and attacked him.

The driver, identified as Lukman, was then pulled out of the vehicle and attacked by the men with hammers, while the police officials at the spot stood there and watched. After being thrashed, the men buddled Lukman into the pick-up truck and he was taken to Badshahpur village, only to be attacked by them again. When the police officials of the area intervened, the men tried to attack them too.

Lukman was then taken to a hospital where he is being treated. Lukman, who owns the pick-up truck, said the meat being transported was buffalo.

A complaint was filed for the incident after which Gurgaon police identified and arrested an attacker named Pradeep Yadav based on a video taken by the eyewitnesses from the spot. A senior officer said they have identified more attackers from the video. The police have also sent a sample of the meat to a lab for testing.

Next Story : 6-year-old boy killed by sister's boyfriend after he walks in on them