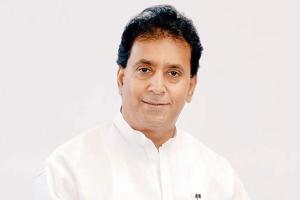 
Maharashtra Home Minister Anil Deshmukh on Wednesday said that late actor Sushant Singh Rajput's suicide case will be investigated by the Mumbai Police. "It will not be transferred to Central Bureau of Investigation (CBI)," Deshmukh said.

Mumbai police are investigating the case. It will not be transferred to Central Bureau of Investigation (CBI): Anil Deshmukh, Maharashtra Home Minister on #SushantSinghRajput's death case pic.twitter.com/RCPDDMvF2t

Sanjay Singh, Inspector General, Patna Central Zone had said that the case was filed under various sections, including abetment of suicide against actress Rhea Chakraborty and six others. On Wednesday, Chakraborty's lawyer moved Supreme Court seeking transfer of the investigation of the FIR lodged in Patna to Mumbai.

In his petition, Rhea's lawyer claimed that all the witnesses related to the case are recording their statements in Mumbai, and in such a situation, an investigation cannot be conducted in two places. The lawyer also claimed that Chakraborty is ready to cooperate in the investigation.

Sushant Singh Rajput was found dead in his Bandra apartment on June 14, he was 34 years old.