"A team of the Bihar police arrived here on Wednesday to probe an abetment to suicide case registered against actor Rhea Chakraborty and others in Patna connection with Rajputs suicide. " 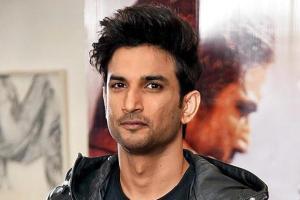 
The Bihar police team which is in Mumbai in connection with their probe into the alleged suicide by Bollywood actor Sushant Singh Rajput did not follow established protocols, a Maharashtra minister said on Thursday.

Minister of State for Home Shambhuraj Desai said what the Bihar police were doing was wrong. A team of the Bihar police arrived here on Wednesday to probe an 'abetment to suicide' case registered against actor Rhea Chakraborty and others in Patna connection with the death of Rajput.

"Whenever a police team from a state visits another state for investigation, there are some protocols which are to be followed.. these were not followed," Desai told a news channel here.

Maharashtra Home Minister Anil Deshmukh had on Wednesday ruled out a CBI probe into the death of Rajput (34), who was found hanging in his suburban Bandra apartment on June 14.

"The Mumbai police are investigating the case and there is no question of the case being handed over to the CBI," Deshmukh had said.

Krishna Kumar Singh (74), Rajput's father, lodged a complaint against Chakraborty, the deceased actor's friend, and six others in Patna on Tuesday. A four-member team of the Patna police arrived at the office of the Deputy Commissioner of Police (Detection-I) of Mumbai crime branch, a police official had said on Wednesday.

The Mumbai police have already questioned several people from the film industry. But in a surprising twist, the late actor's father, who had so far maintained silence about his son's death, lodged an FIR against Chakraborty and six others, including her family members, for alleged abetment to suicide.

The case was registered under various IPC sections including 341 (wrongful restraint), 342 (wrongful confinement), 380 (theft in dwelling house), 406 (criminal breach of trust), 420 (cheating) and 306 (abetment of suicide).