several police teams have been formed to apprehend her husband and other absconding directors of the company. 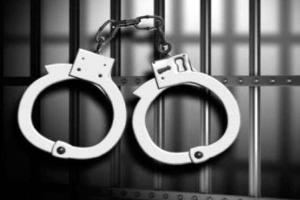 
A woman Director of a company who has been declared proclaimed offender in many cases of cheating for selling "flats" to home buyers has been arrested from Mumbai, the Delhi Police's Economic Offences Wing said on Sunday.

A number of complainants reported that they had booked residential flats in the project, namely Meadows Vista, Phase-I & II, in Raj Nagar Extension, Ghaziabad, UP, launched by Value Infracon India Pvt Ltd. On the basis of misrepresentation, many people has invested their hard-earned money in the project as the directors of the company, including the woman, projected rosy pictures of the project to the home buyers.

However, the firm never delivered the flats to the home buyers in the promised time and stopped the construction without any reason. Later on, the victims came to know that the company had never taken any permission for construction from Ghaziabad Development Authority, which, subsequently, cancelled the lease of project.

The funds of the home buyers collected for the flats had also been diverted into subsidiary shell companies and misappropriated.

"The main kingpin behind this company is Pramod Kumar Singh, an ex-CRPF officer and husband of the arrested woman. He, along with his wife, opened number of shell companies. They printed and published attractive brochure of the housing projects launched by their company in order to allure the home buyers and misrepresented for the timely delivery of the flats with all international amenities," Joint CP, EOW, O.P. Mishra said.

Several police teams have been formed to apprehend her husband and other absconding directors of the company.

Next Story : Maharashtra: Dutch woman arrested for ramming her jeep into car