Mumbai gears up to ring in the New Year without any Covid-19 restrictions after two years. Huge crowds were witnessed at prominent spots in the city. The police on Saturday beefed up security to prevent any untoward incident. The police are anticipating large gatherings near the Gateway of India, Marine Drive, Girgaum Chowpatty, Juhu beach, Bandstand in Bandra and other prominent locations, and security arrangements have been made accordingly. 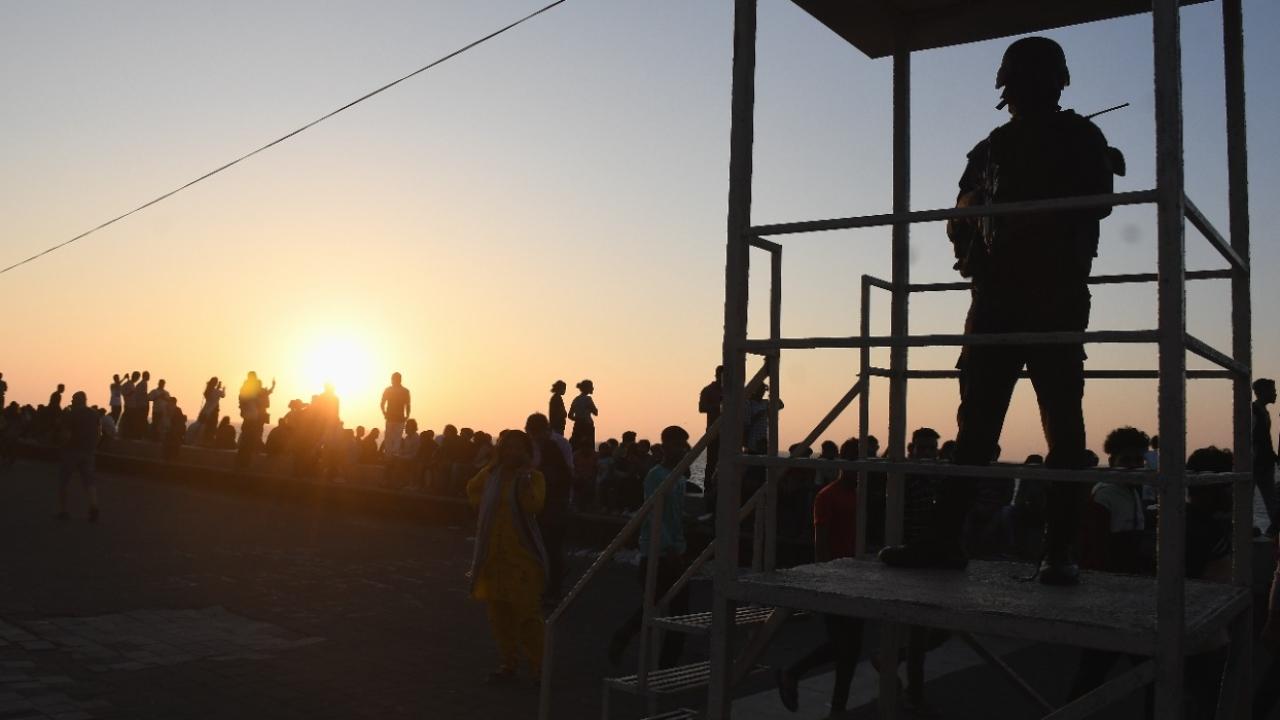 After a gap of two years, Mumbaikars are celebrating the New Year with the usual, pre-pandemic celebrations. The city police has also reportedly allowed terrace parties till 12.30 am while indoor parties can go till 5 am on New Year’s Eve. Pic/ Shadab Khan 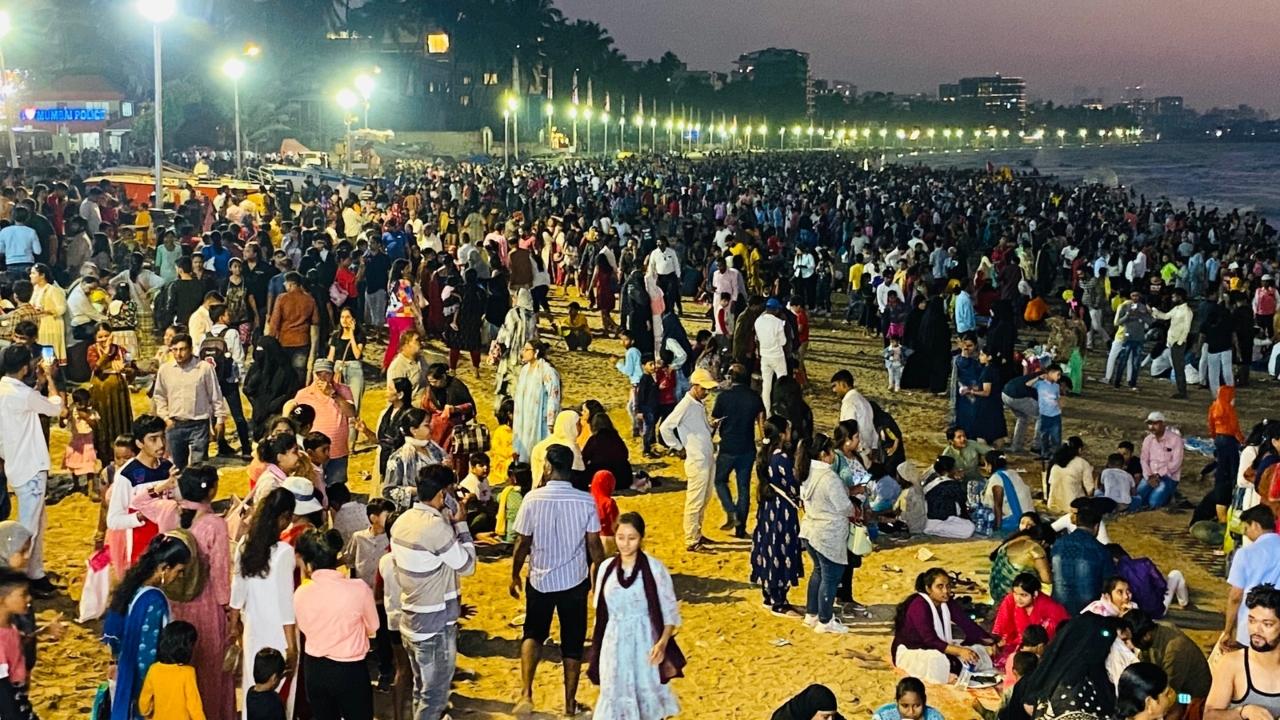 The Western and Central Railways will run additional local train services, apart from the regular suburban services on their networks. According to the Western Railway, four services from Churchgate to Virar and as many in the opposite direction will be operated from 12.15 am onwards. On the main line, Central Railway officials said, two extra services will be run between the Chhatrapati Shivaji Maharaj Terminus (CSMT) and Kalyan - each will start in opposite directions at 1.30 am. Pic/ Shadab Khan 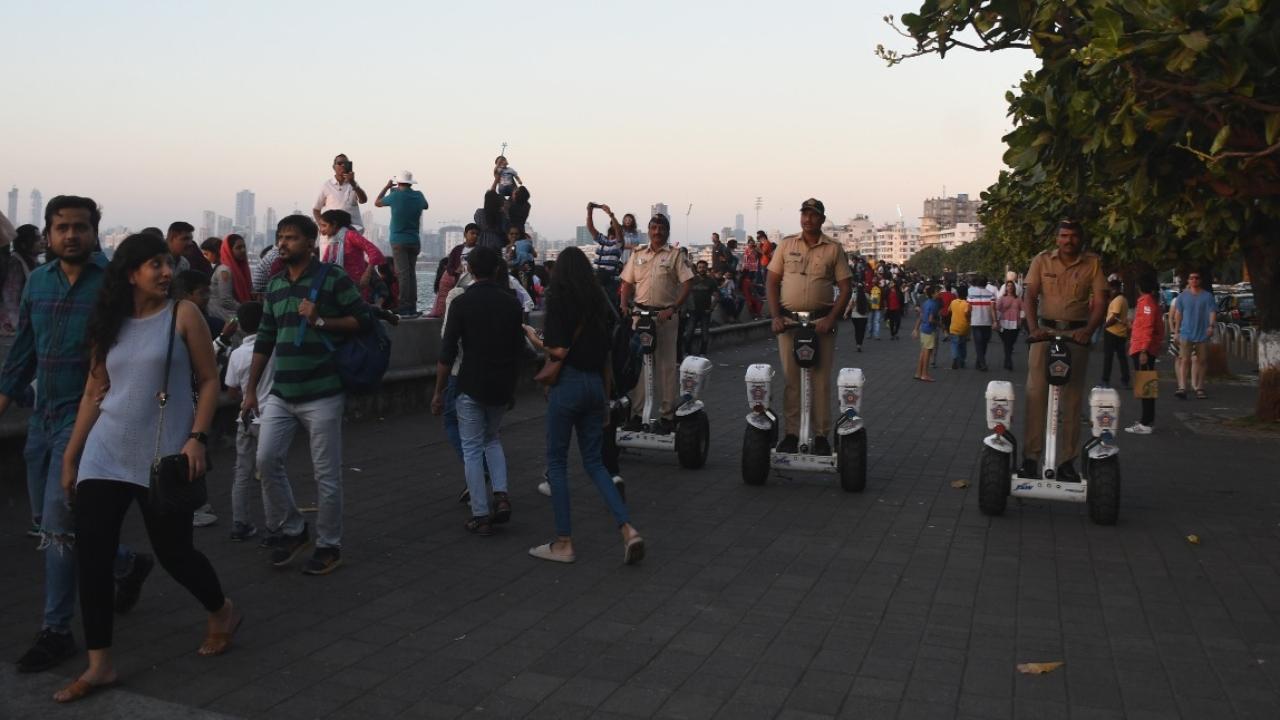 46 platoons of the State Reserve Police Force (SRPF), three units of the Riot Control Police (RCP) and 15 Quick Response Teams (QRT) have also been deployed. The police stations have stepped up regular patrolling, deployment at crowded places and areas where citizens are likely to indulge in revelry. Pic/ Ashish Raje 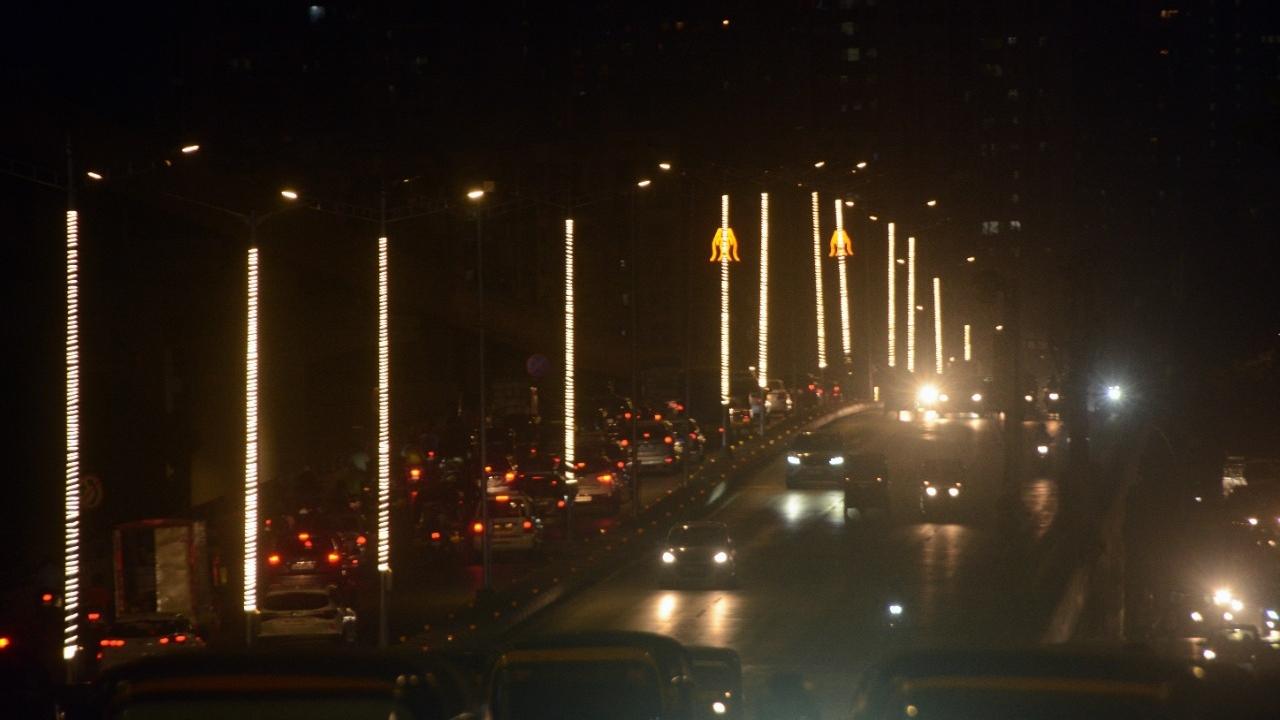 Mumbai Traffic Police has issued traffic diversions and vehicular movement restrictions in south Mumbai ahead of the New Year celebrations in the city. In a traffic notification, the Mumbai Traffic Police said that large crowds are expected to gather at various places on the New Year's Eve, particularly at Gateway of India, Colaba, Marine Drive, Nariman Point area and various other sea fronts, beaches, hotels, clubs etc. which could result in slow traffic movement from late evening of December 31, 2022 till the early hours of January 1, 2023. Pic/ Satej Shinde 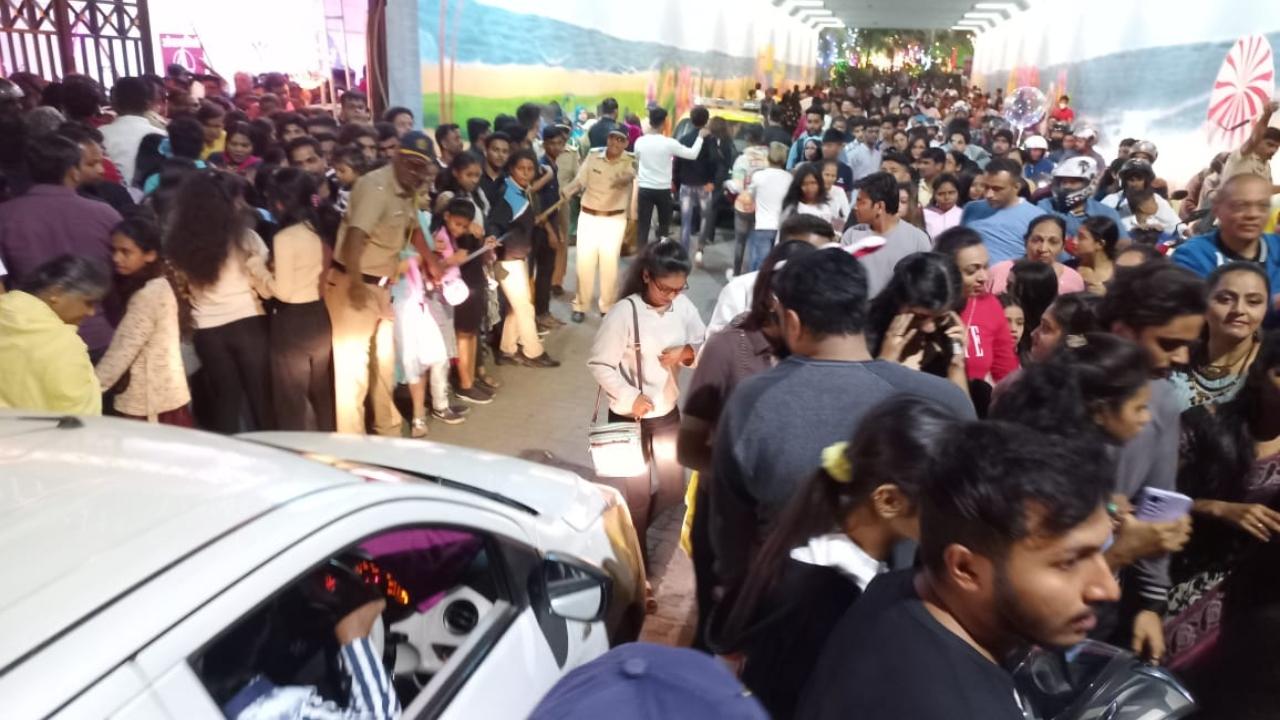 In an another notification, the Mumbai Traffic Police said, in order to welcome the New Year, a huge number of people are expected together at Worli Sea Face chowpatty in the jurisdiction of Worli Traffic Division. It is also noticed that people would reach the spot with their vehicles that may be parked on Khan Abdul Gafar Khan Road between the stretch of Mela junction to J.K. Kapoor Chowk. It would cause a traffic jam. Hence it is necessary to make an order to declare the said area as 'no parking zone. Pic/ Sameer Abedi

IN PHOTOS: Maha CM Shinde unfurls the national flag at his official residence 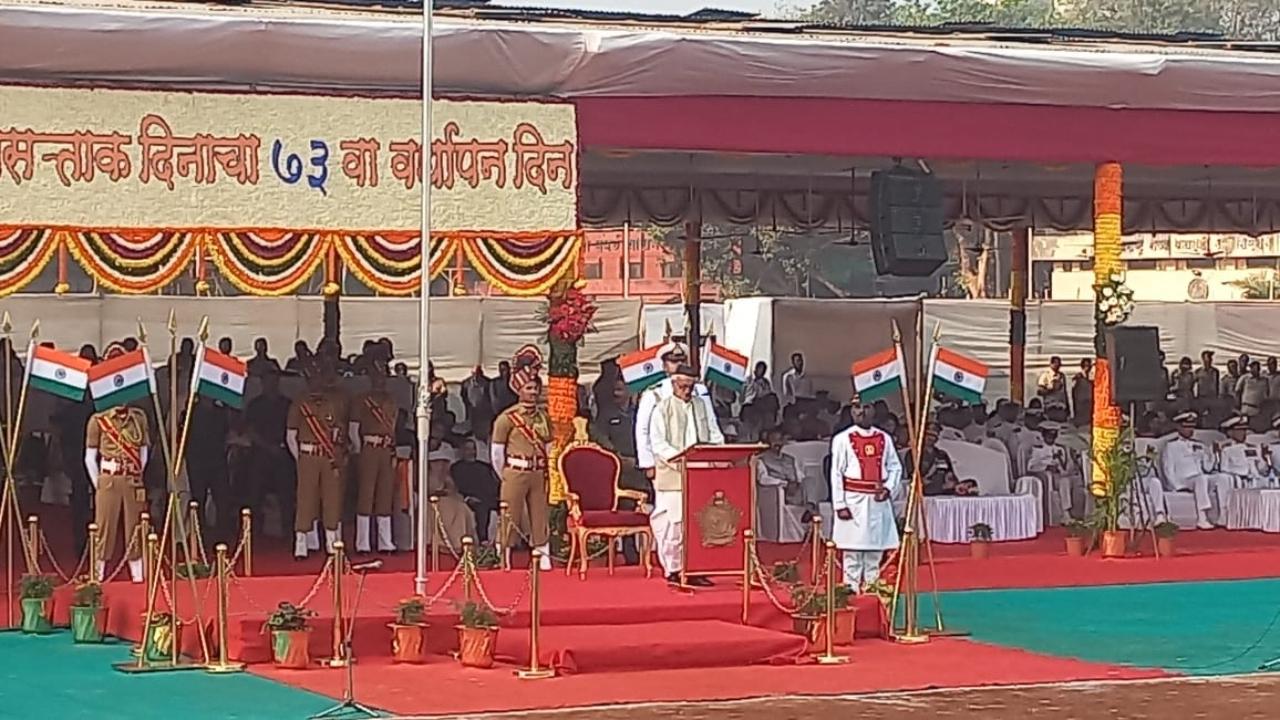 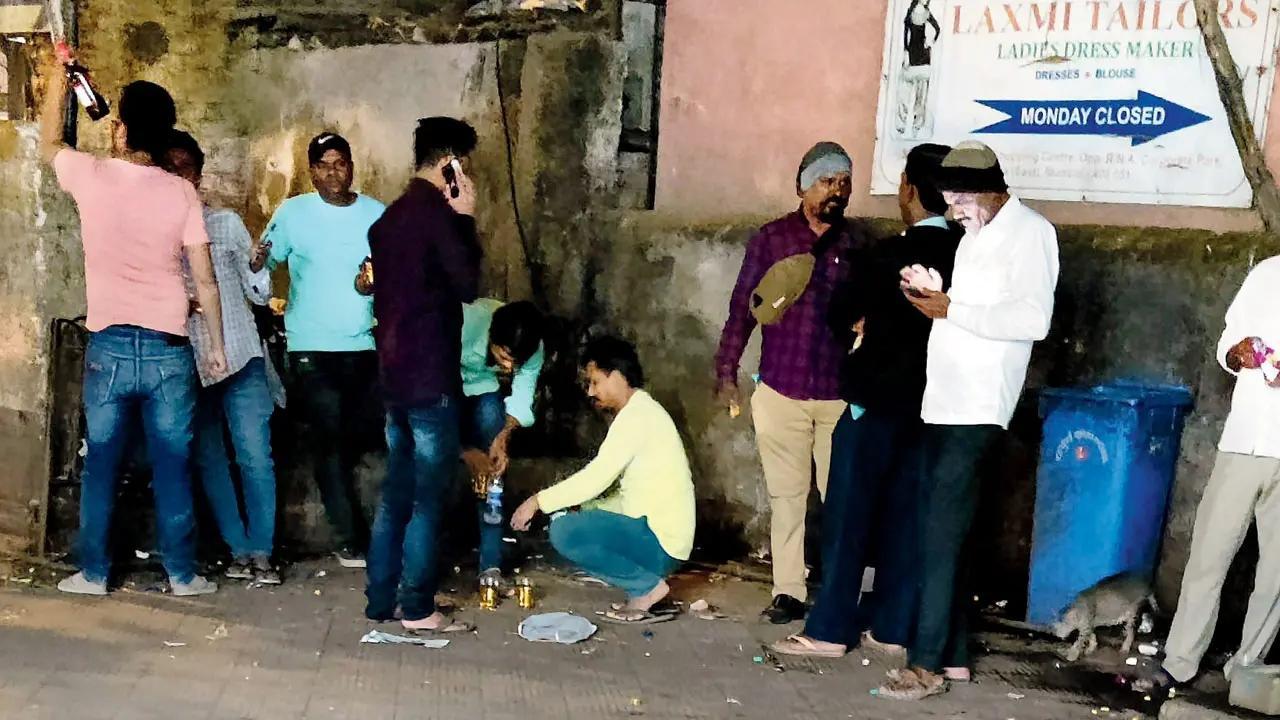 IN PHOTOS: Maha CM Shinde unfurls the national flag at his official residence