Mumbai witnessed heavy downpour on Tuesday morning and the India Meteorological Department (IMD) has predicted moderate to heavy rain in the city and its suburbs over the next 24 hours, with a possibility of very heavy showers at isolated places, civic officials said. Pics/Shadab Khan, Sameer Abedi 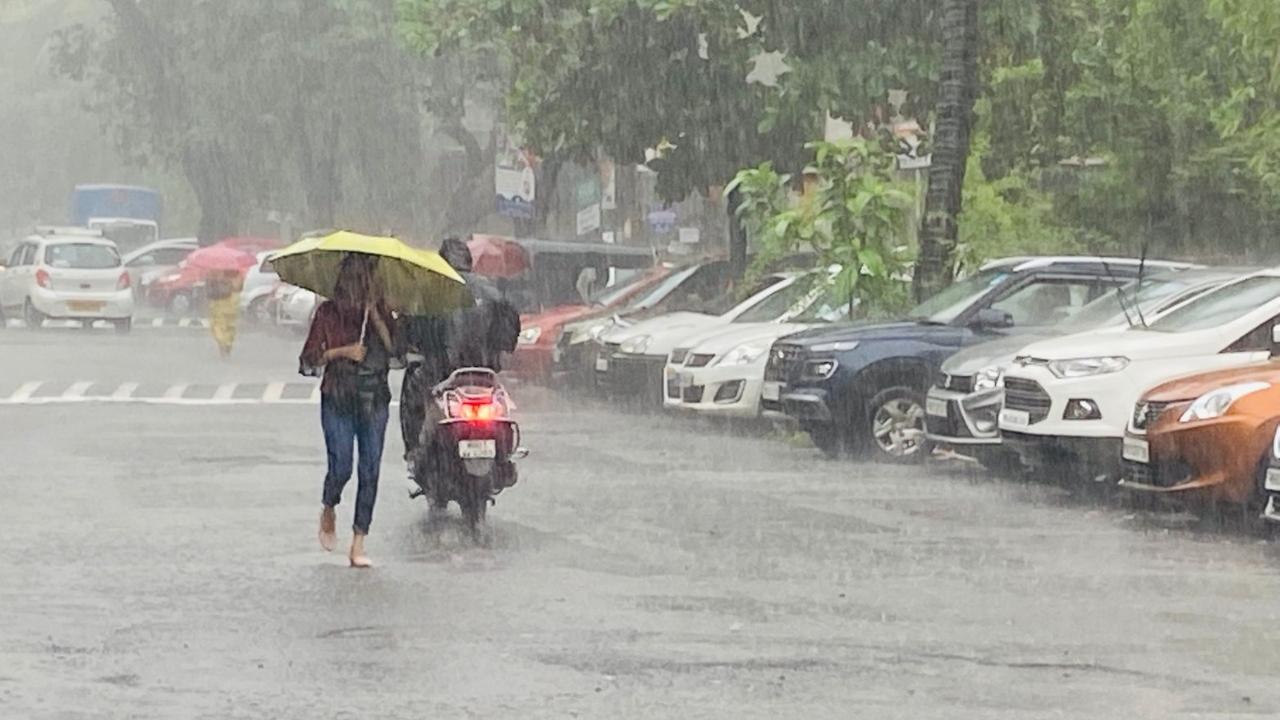 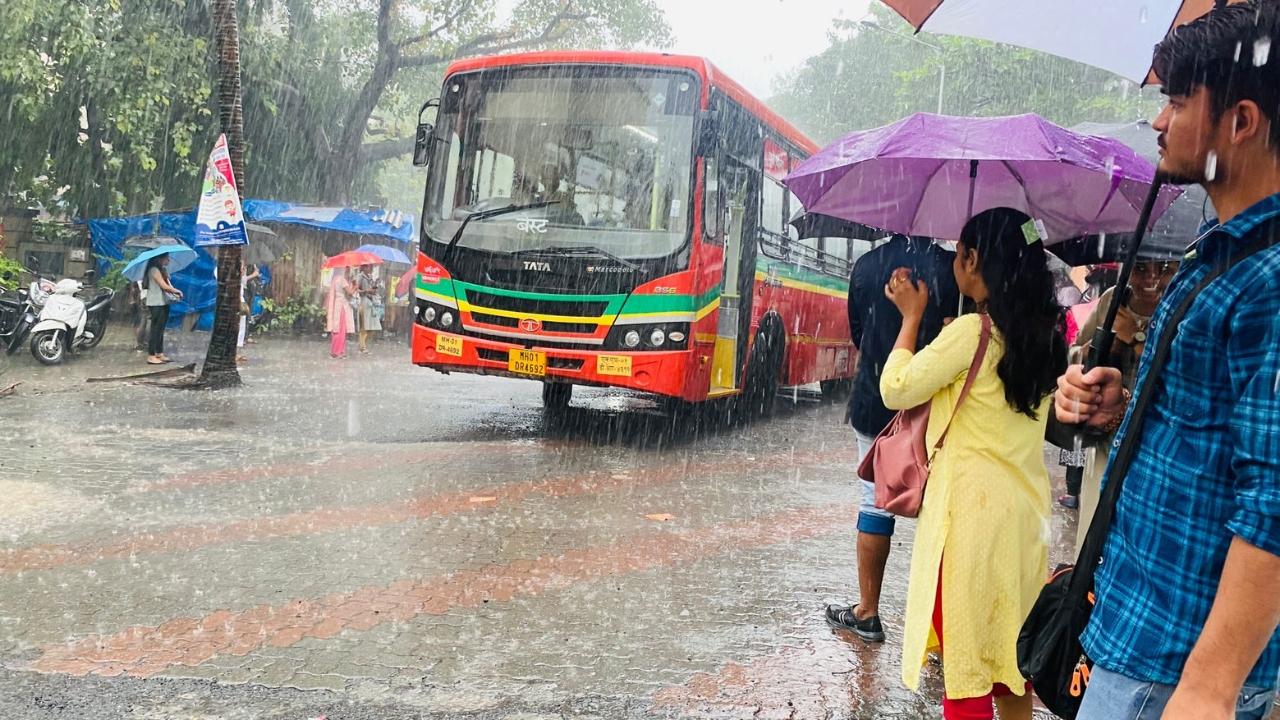 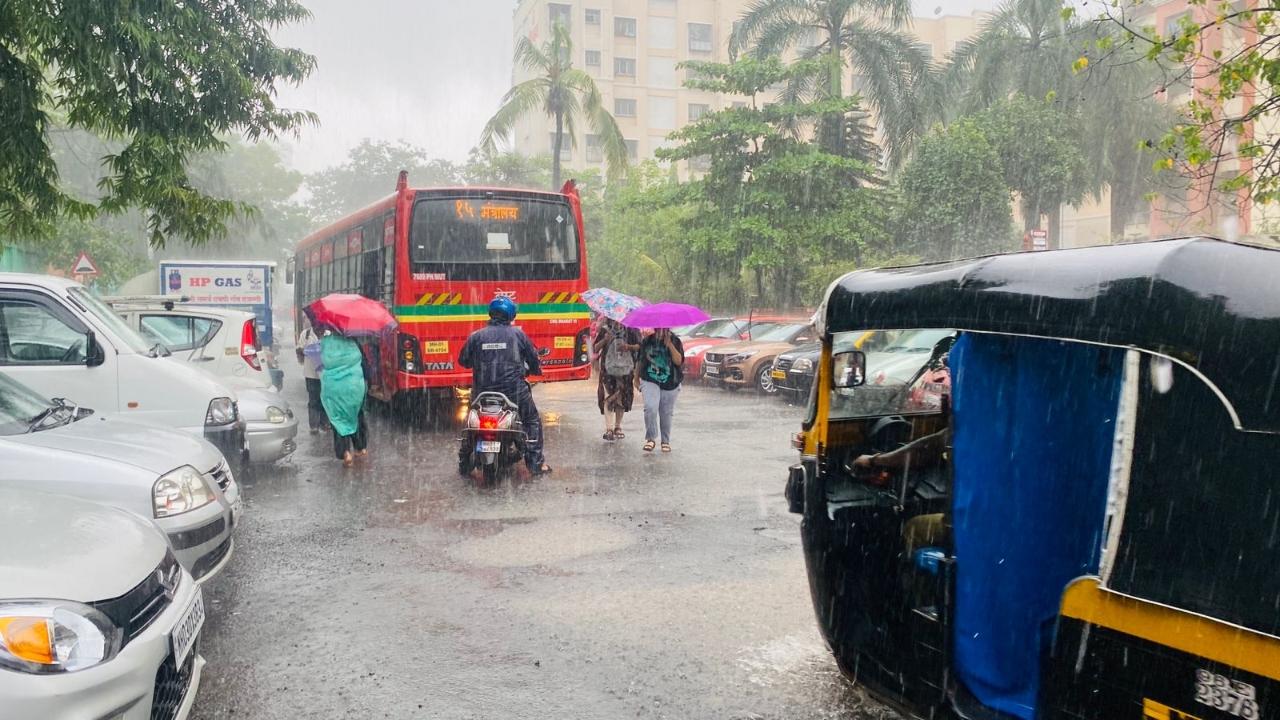 Many areas in the city, including Sion faced severe waterlogging amidst heavy rainfall. Pic/Shadab Khan 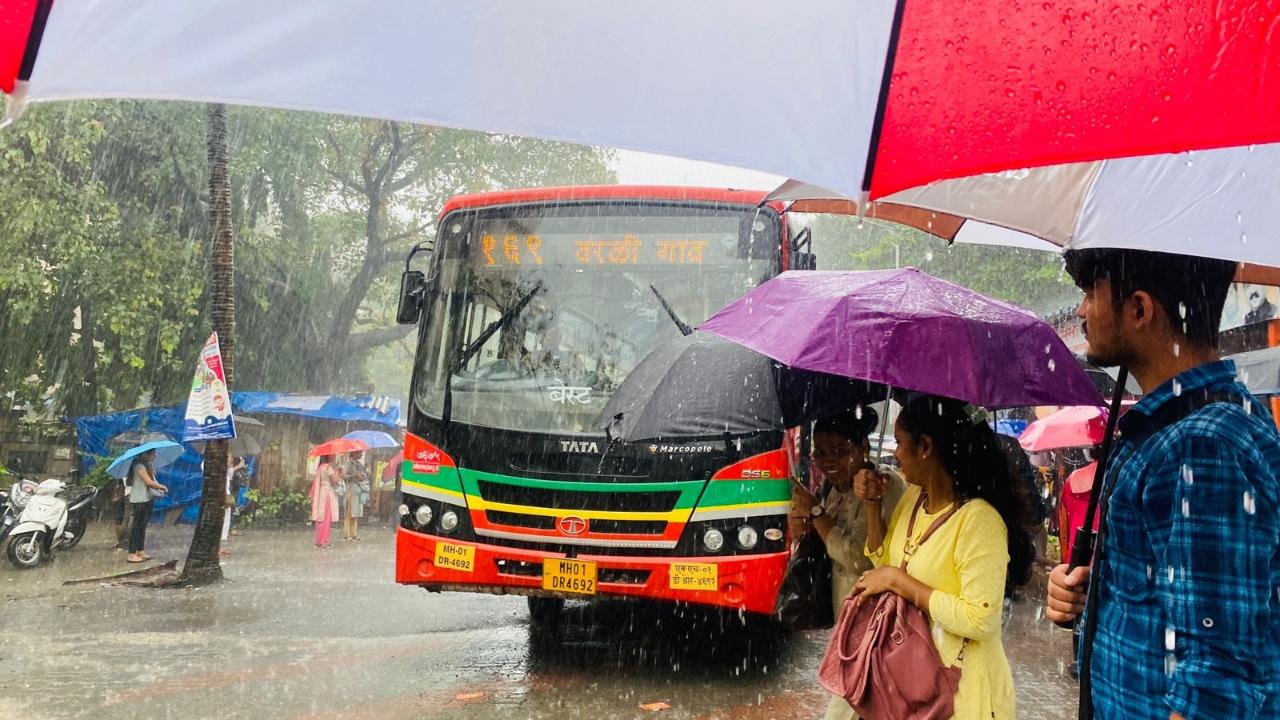 The flooding prompted Brihammumbai Electric Supply and Transport undertaking (BEST) to divert bus routes. "Due to water logging at Shell colony Route no. A-357, 355,360 diverted via Dr. Ambedkar Udyan upto Thakkar Bappa colony from 9.30 am in both directions," BEST tweeted. Pic/Shadab Khan 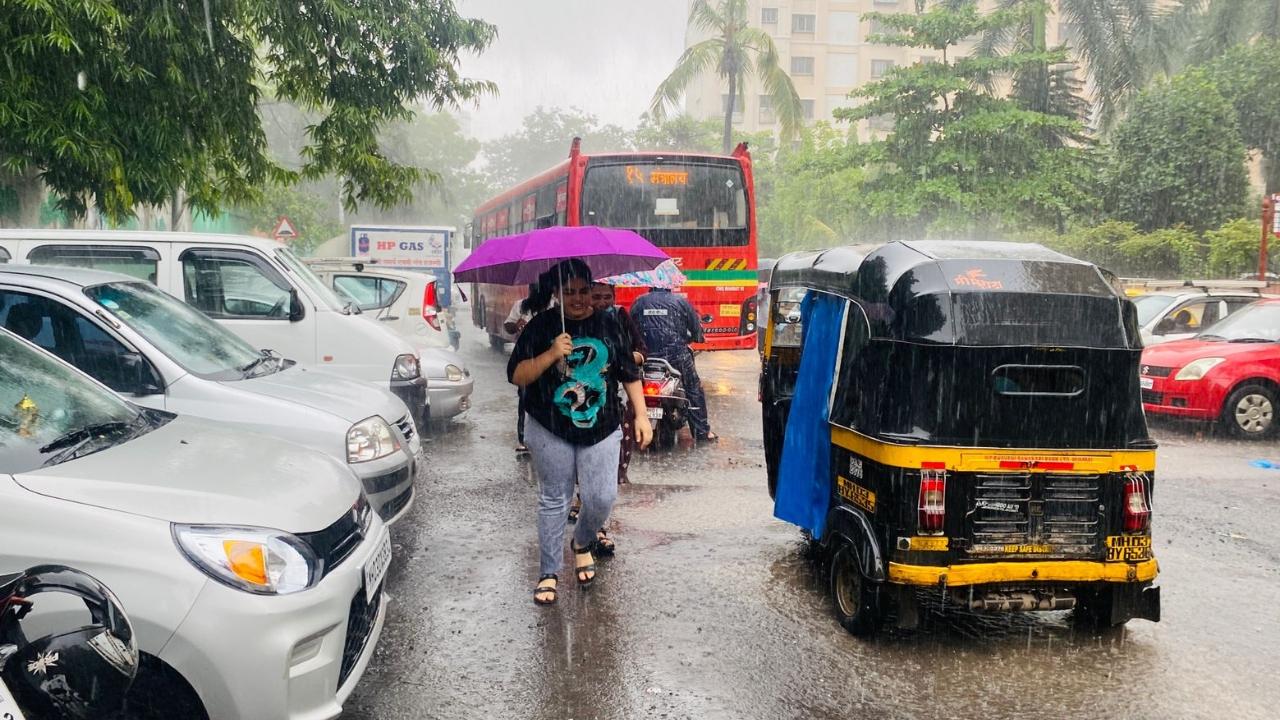 The island city received an average 95.81 mm rainfall in the 24 hour period ending at 8 am on Tuesday, while the eastern and western suburbs recorded 115.09 mm and 116.73 mm rainfall, respectively, during the same period, civic officials said. Pic/Shadab Khan 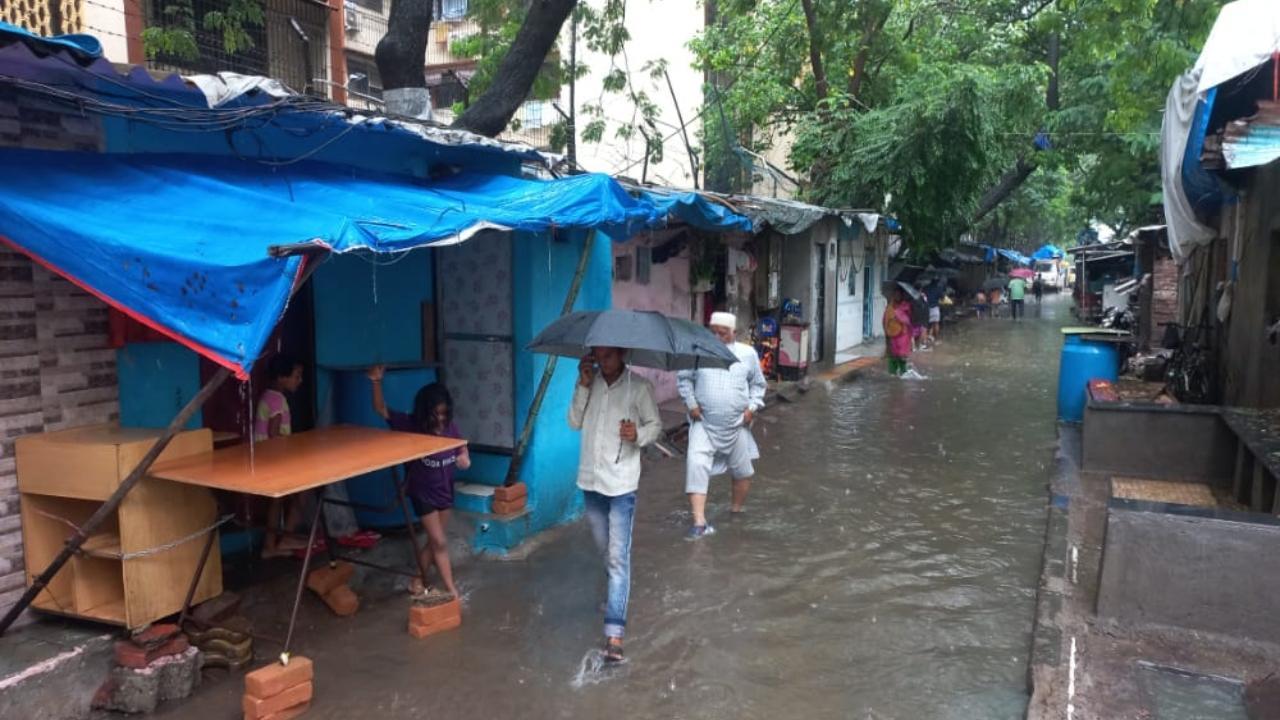 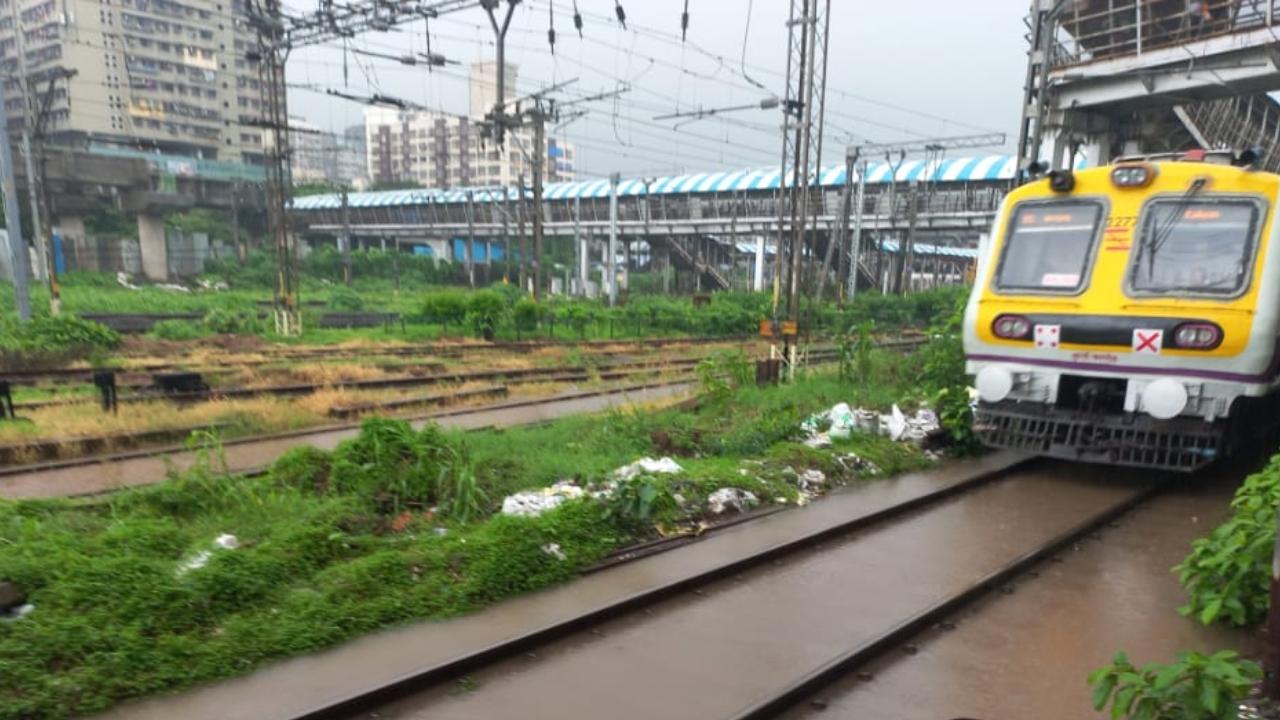 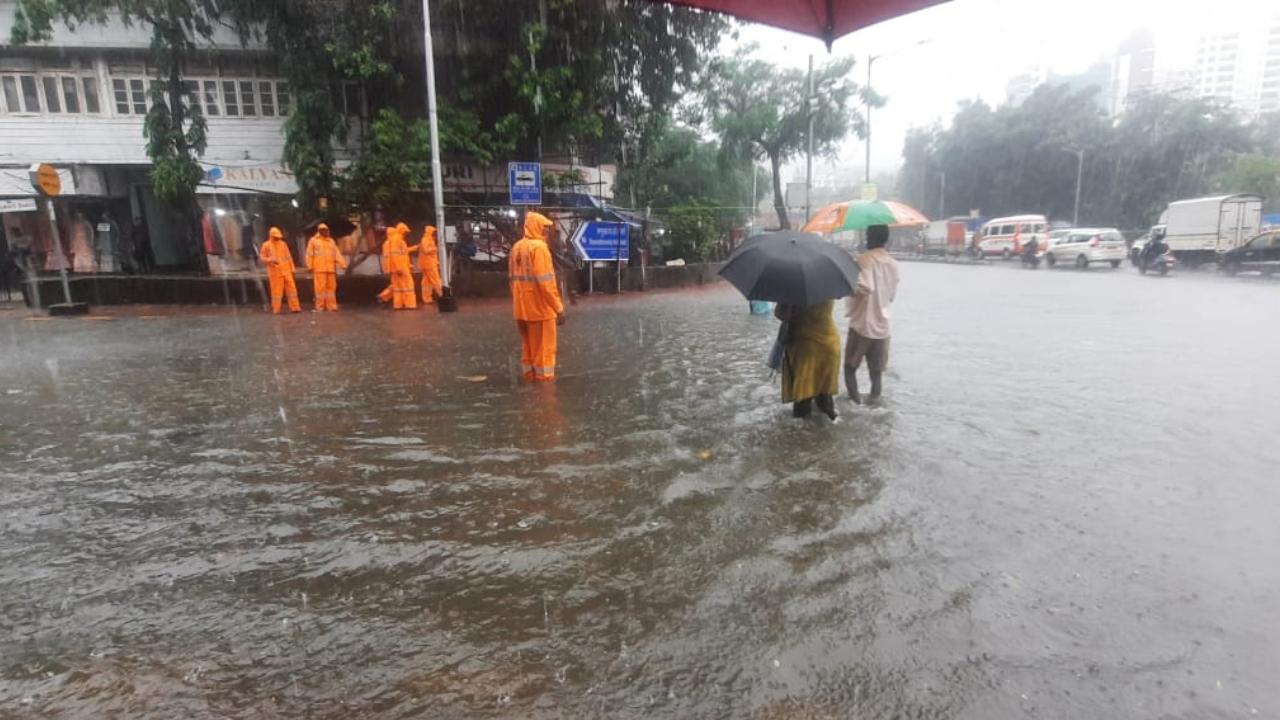 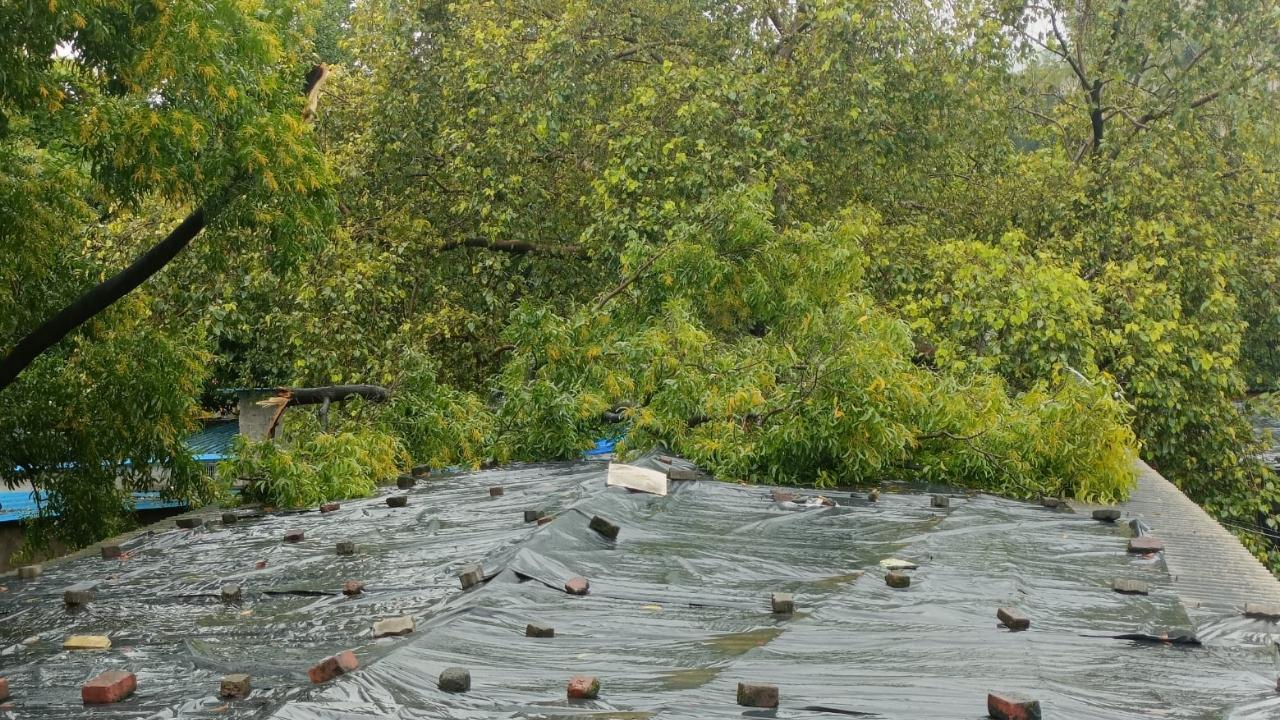 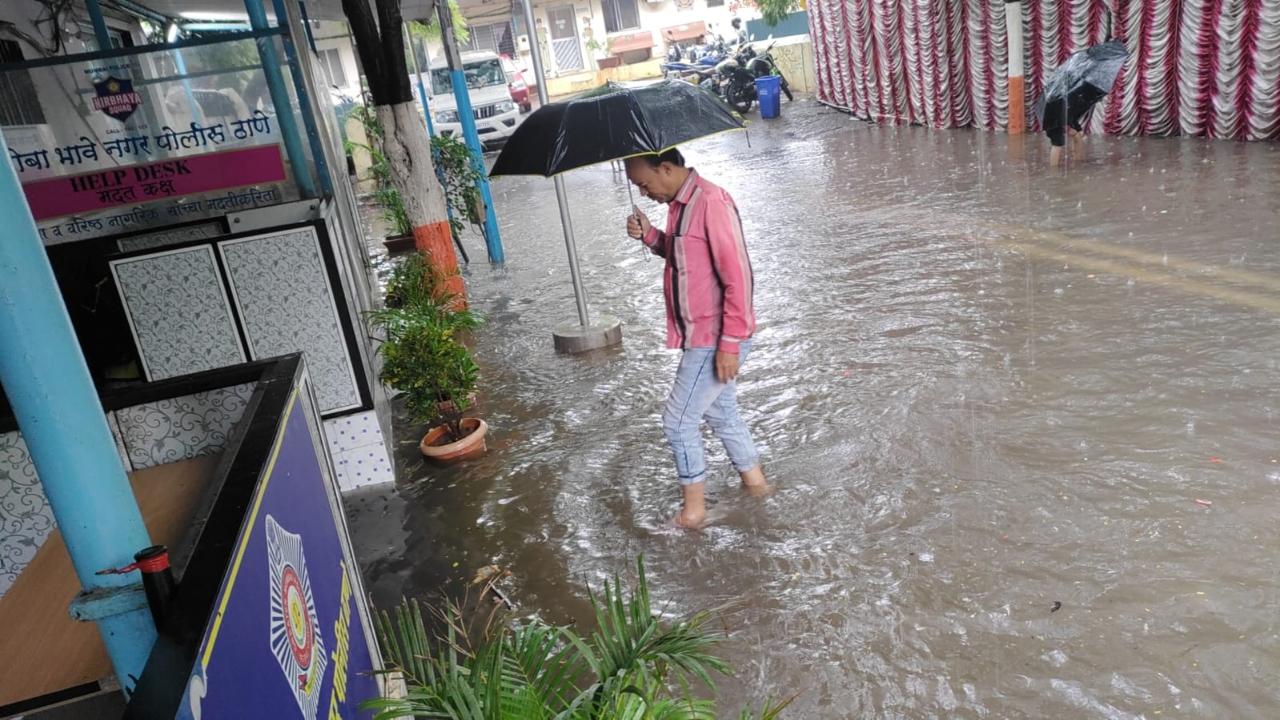 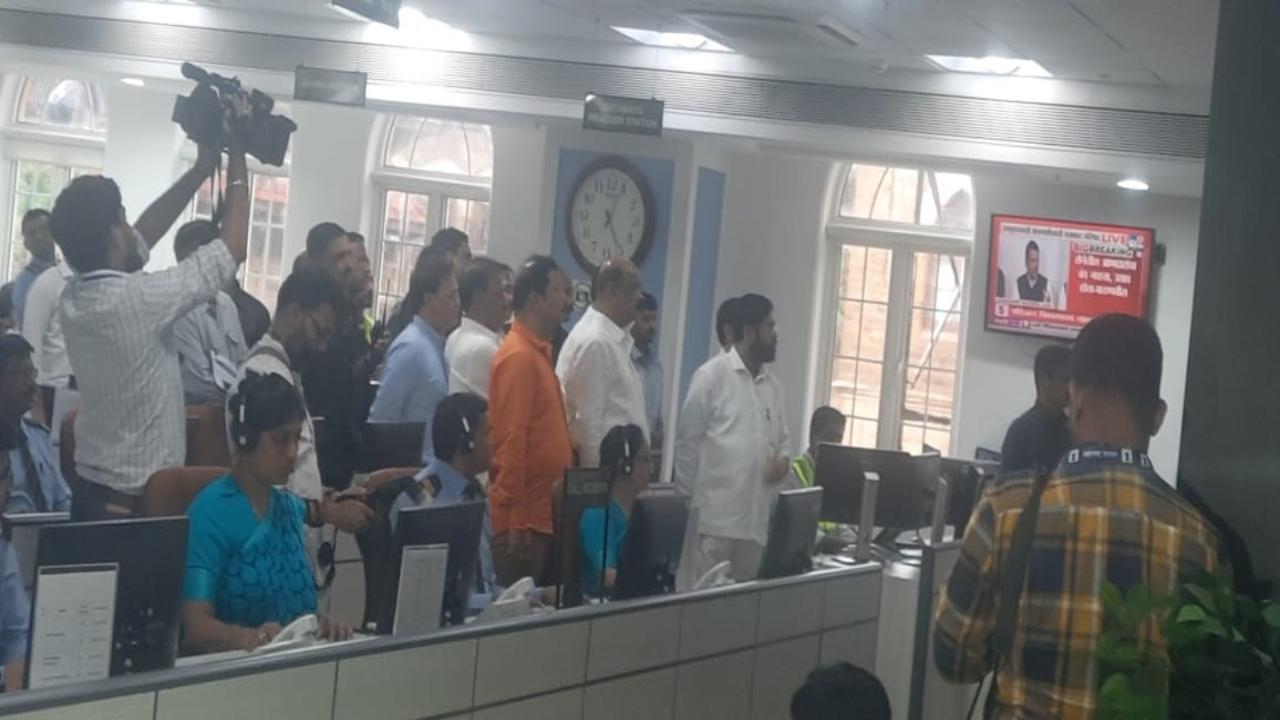 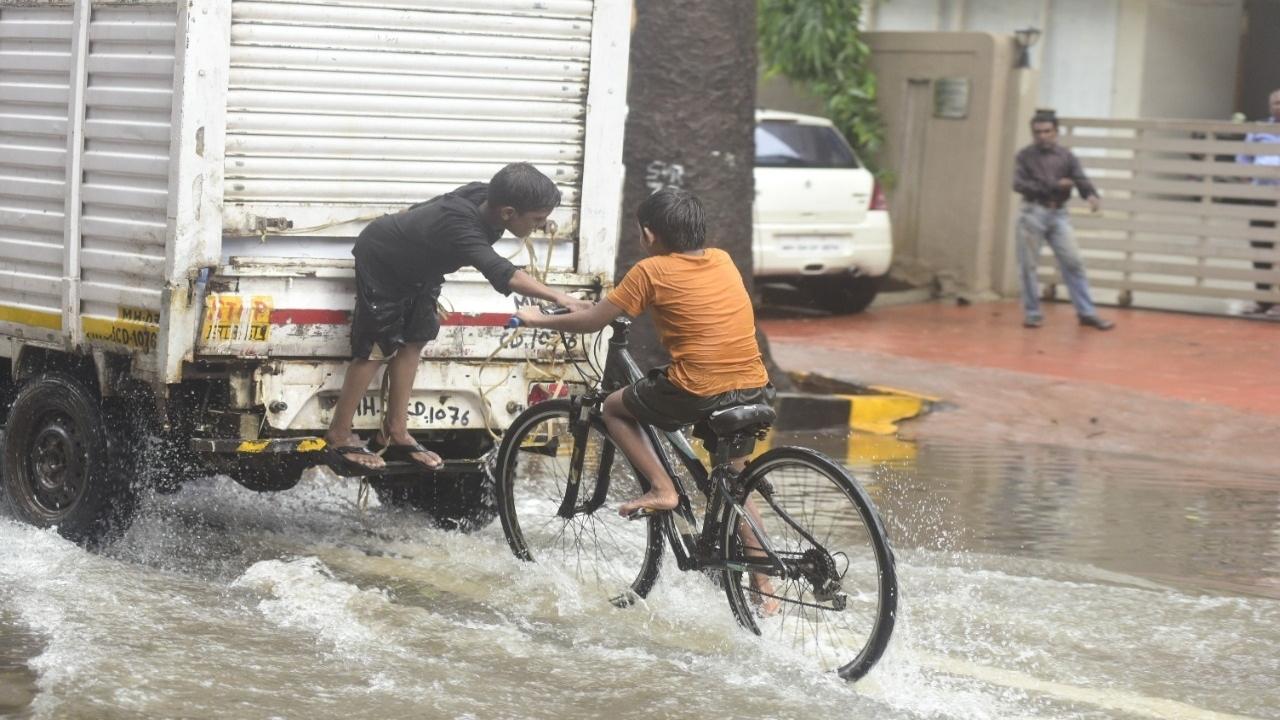 Despite heavy rains, kids were enjoying themselves in Sion 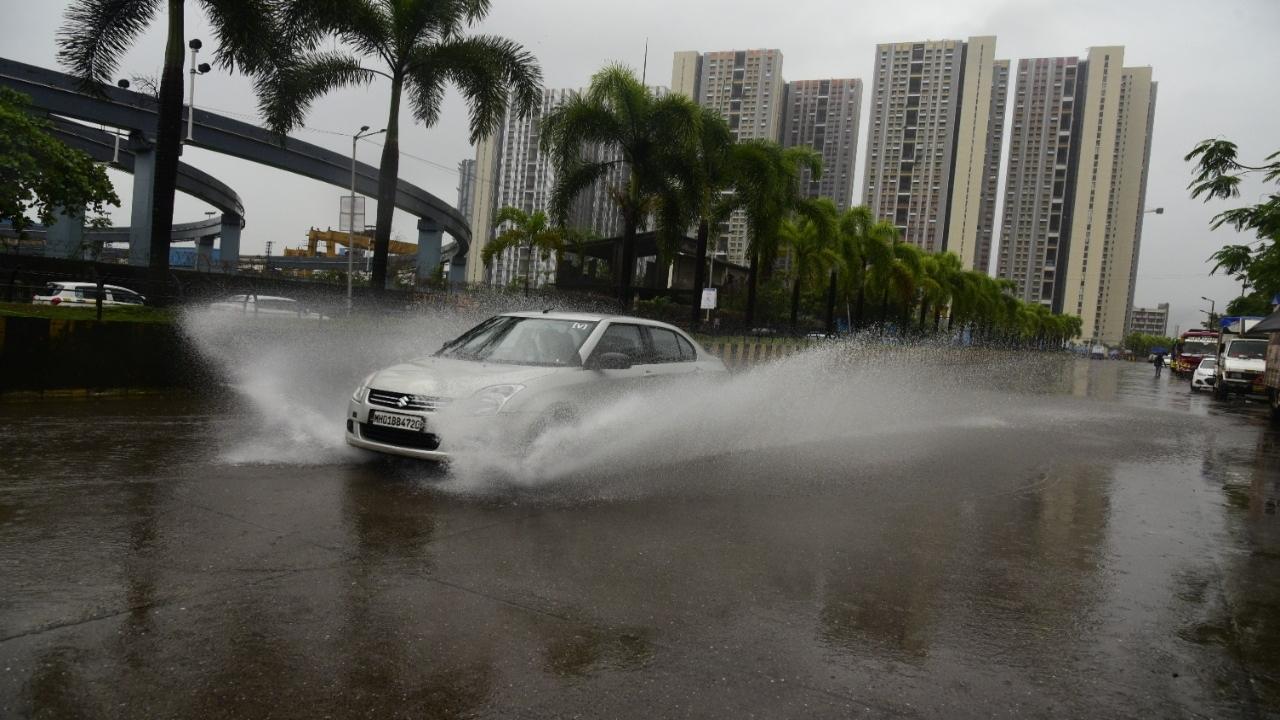 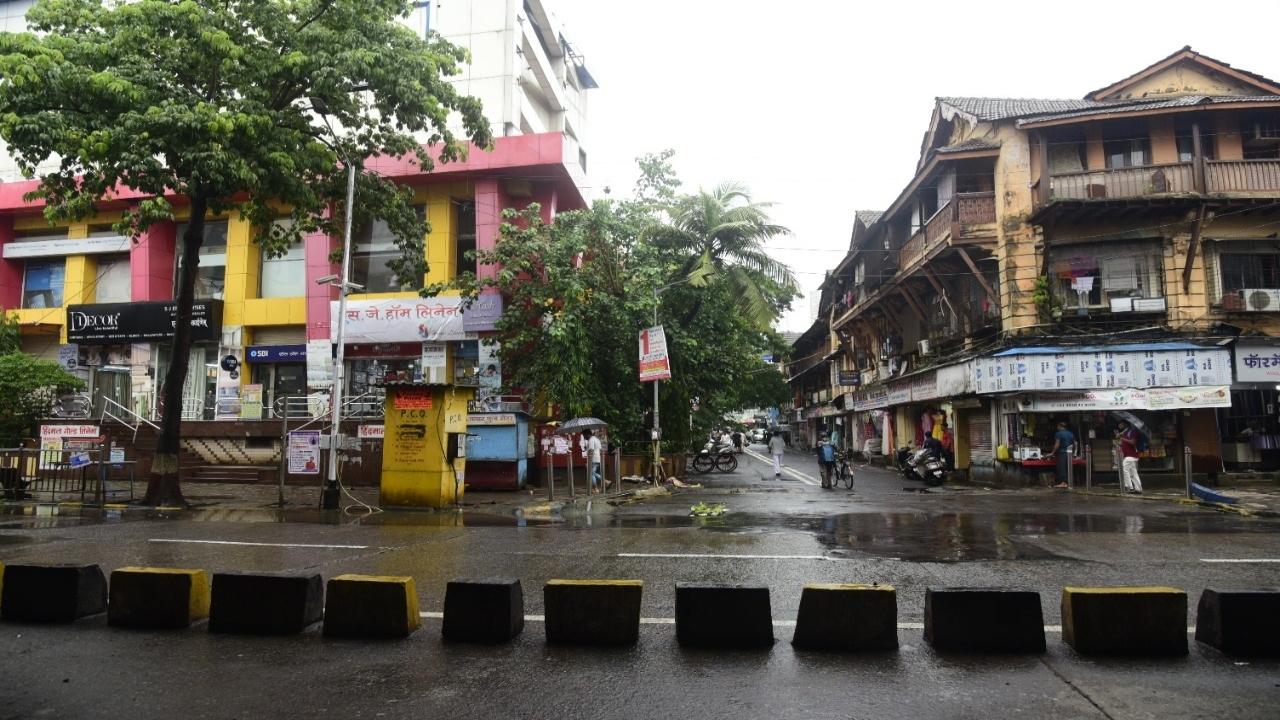 Even after substantial rainfall, no waterlogging took place near the Hindmata theatre in Dadar 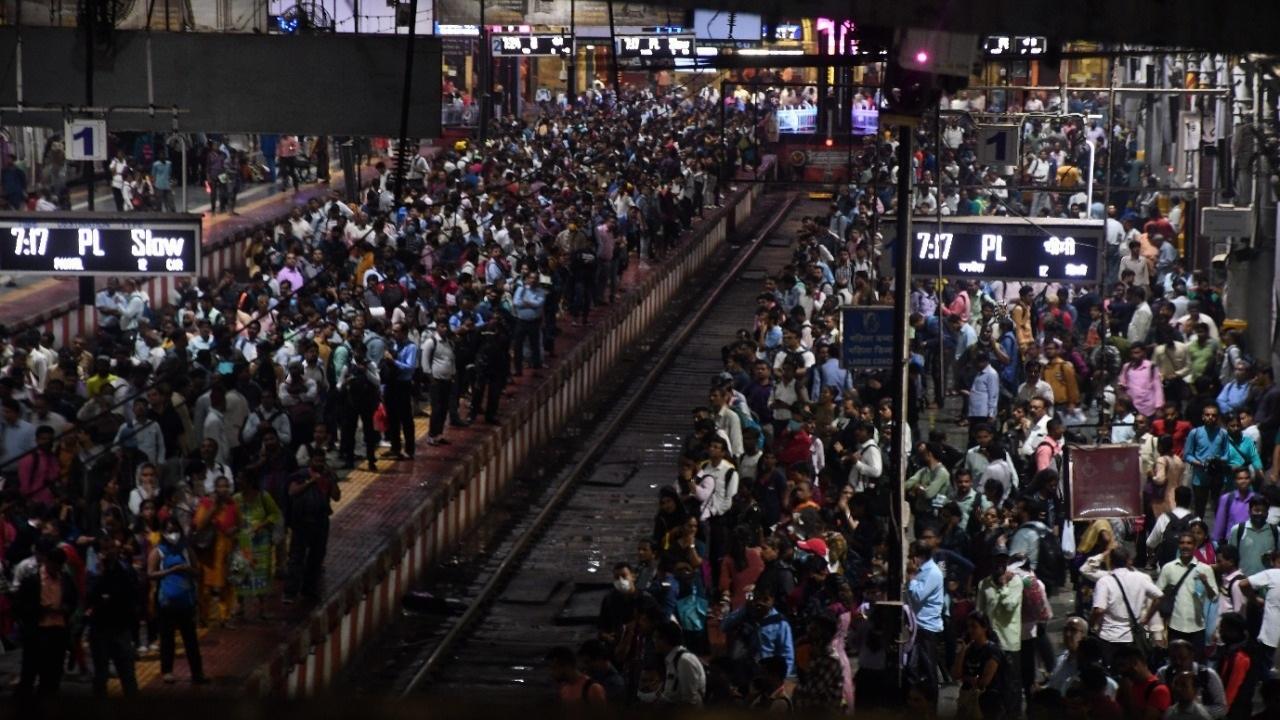 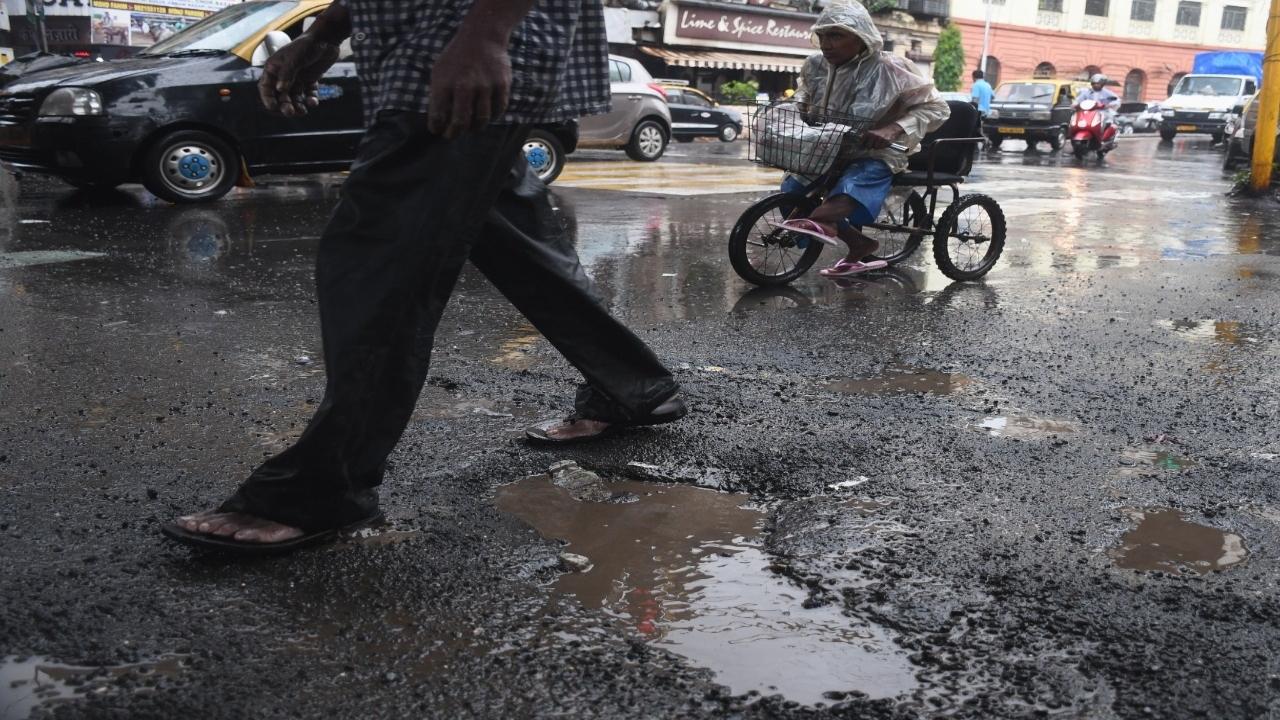 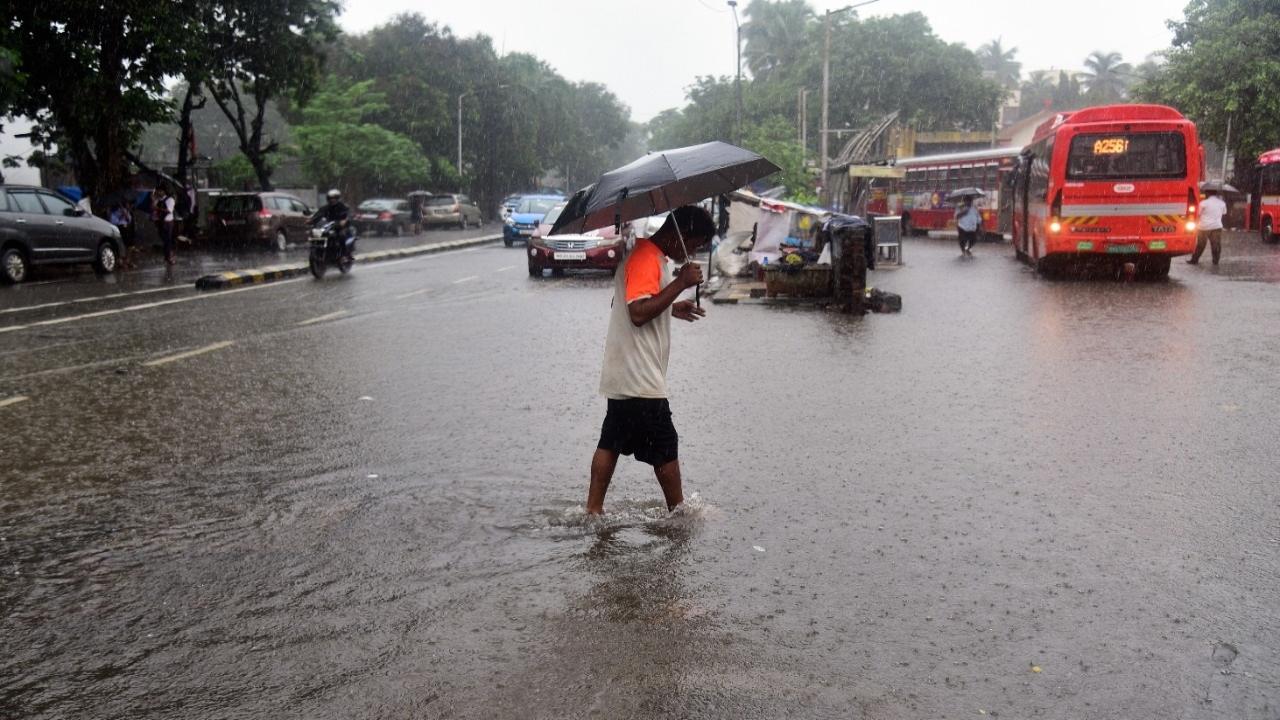 IMD has predicted moderate to heavy rainfall over next 24 hours