Mumbai saw a major dip in the number of drink and drive cases on New Year’s Eve. The Mumbai Police penalised around 156 motorists this year. The figure was less than those recorded in pre-pandemic years which saw around 500 cases. Pic/ Ashish Raje 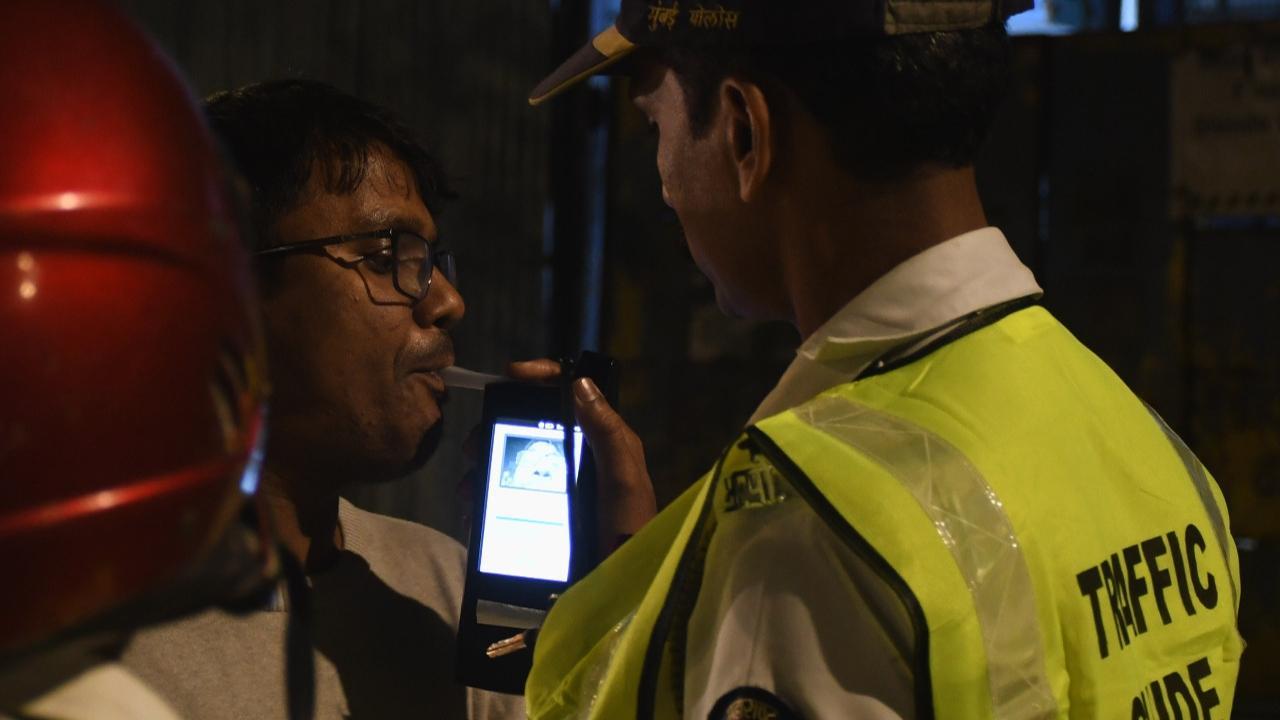 Among the 156 people fined for drink driving on New Year's Eve, 66 were booked for rash driving. In addition, 2,465 people were fined for riding bikes without helmets and 274 were fined for triple riding. Pic/ Shadab Khan 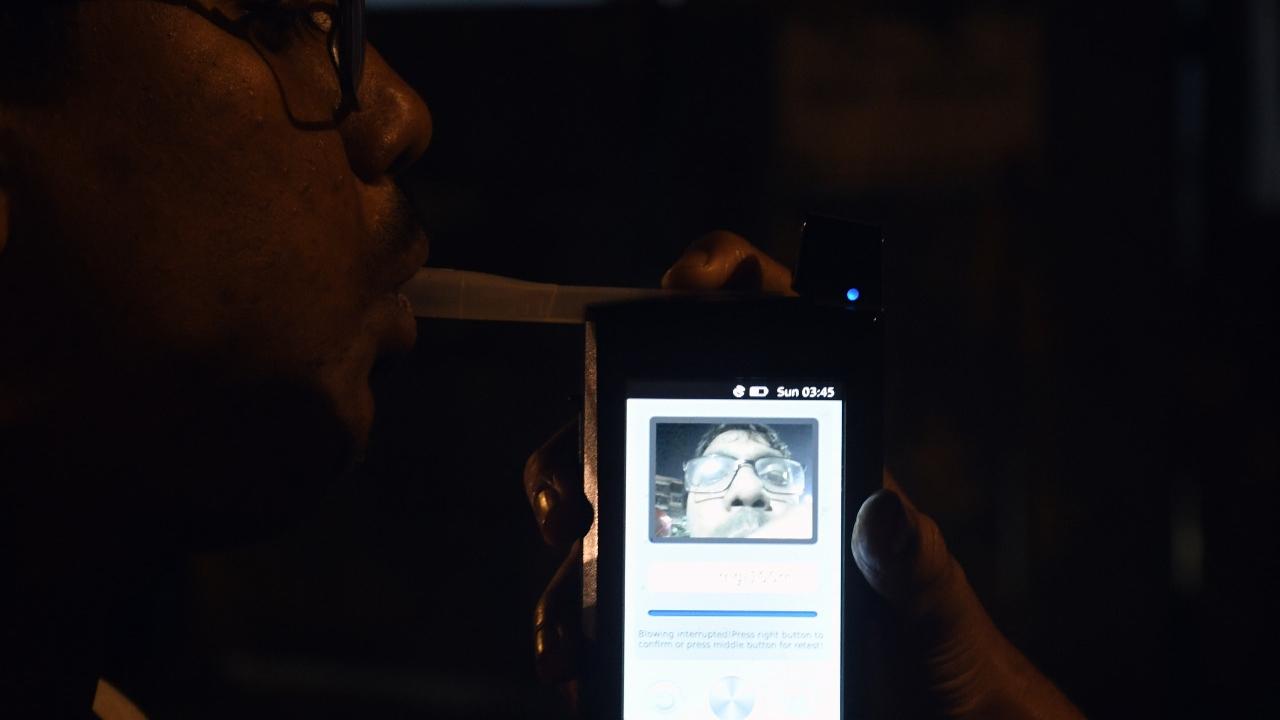 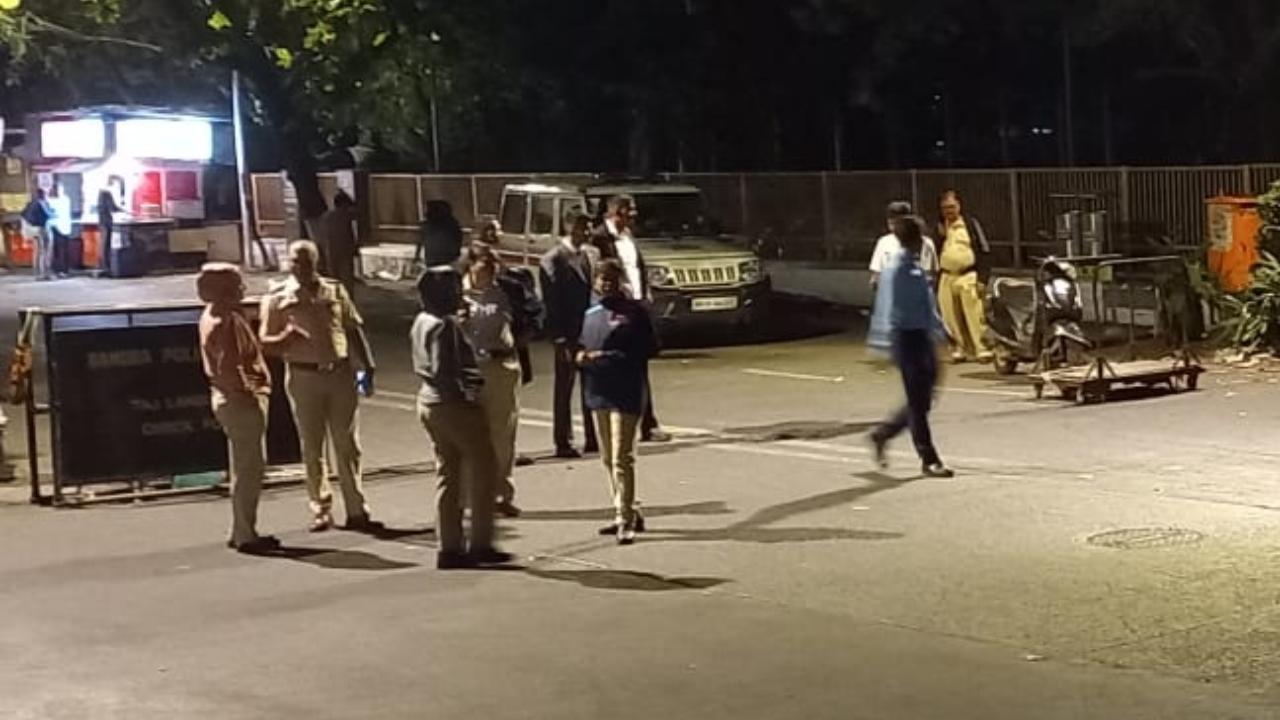 Apart from Mumbai city, cops registered 20 cases of drink driving in Palghar, 11 in Boisar, two in Dahanu and one each in Talsari and Manor. Apart from this, police officers also seized 10 vehicles for rash driving. A total of 46 cases were reported in these areas and Rs 27,300 was recovered as fine. Pic/ Sameer Abedi

Around 10,000 constables, 1,500 Police Officers, 25 Deputy Commissioners of Police and seven Additional Commissioners were deployed in the city on December 31 night to ensure there are no untowards incidents during the new year’s celebrations. Pic/ Sameer Abedi 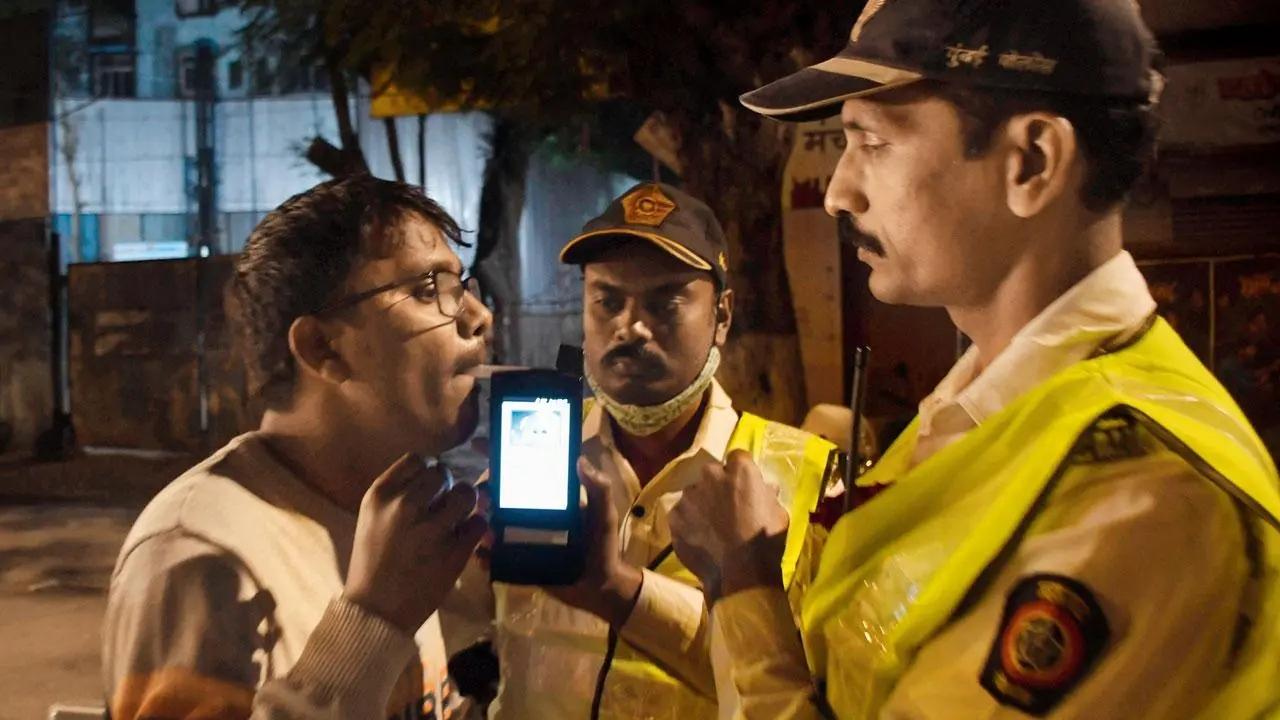