Illegal hoardings and banners have again come into the spotlight with civic activists filing complaints. BMC Commissioner Iqbal Singh Chahal, during the review meeting of the civic body’s Rs 2,000-crore Mumbai beautification plan on Friday, directed officials to take strict action against in the matter. 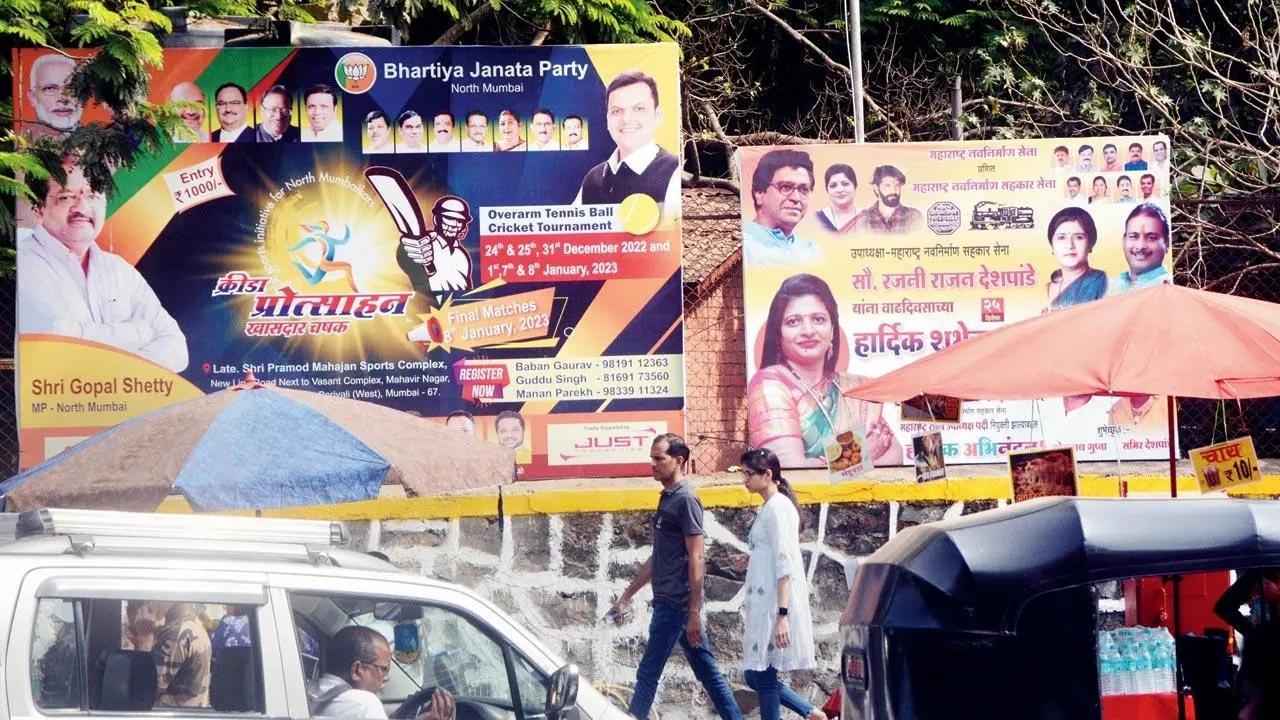 Political hoardings at the boundary wall of SGNP in Borivli on Sunday. Pic/Satej Shinde 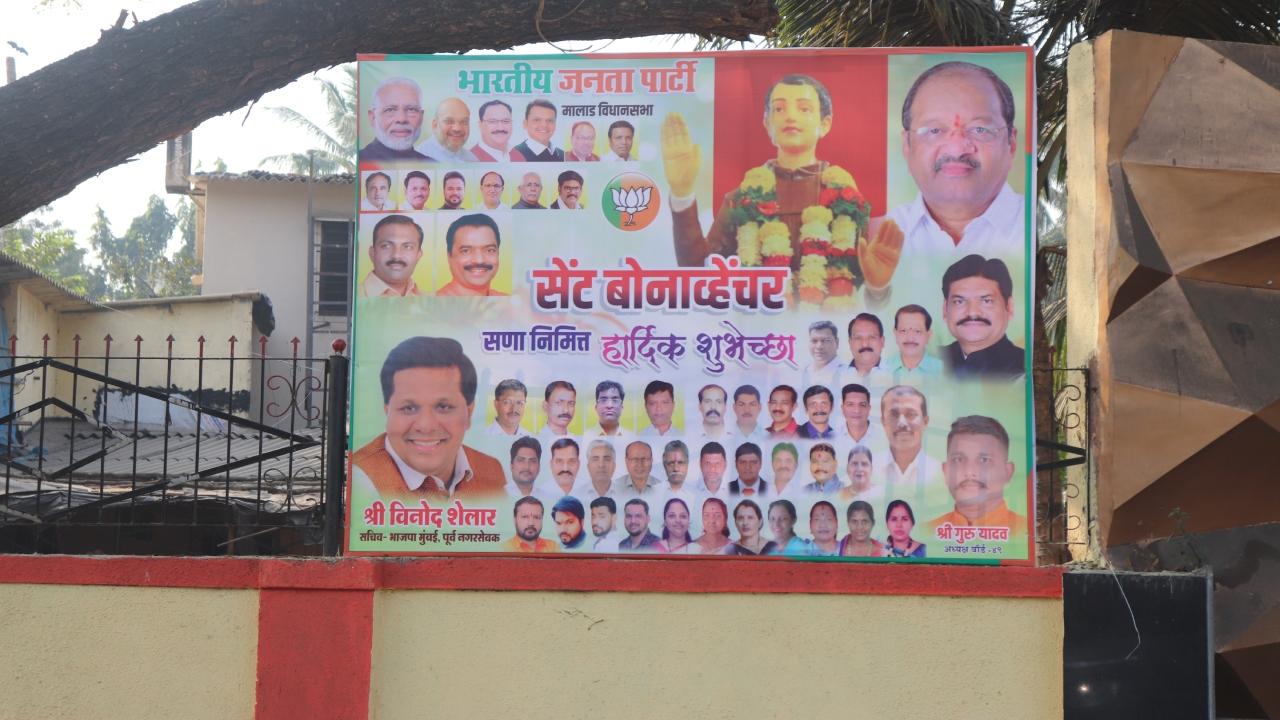 City based activists, say there was also a need for political will as a majority of these illegal banners are that of politicians. As per the BMC records, it takes action against around 22,000 such banners each year and files around 800 cases. Pics/ Anurag Ahire 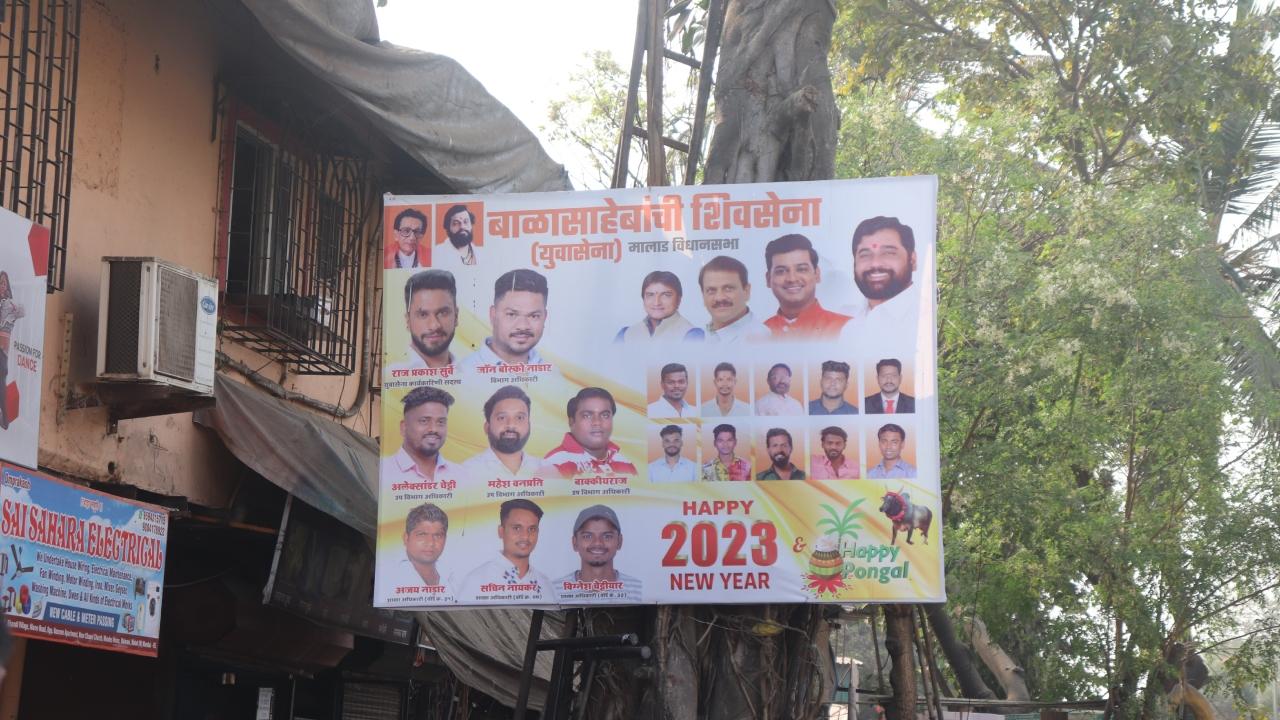 As per the existing guidelines on action against illegal hoardings and banners, civic officials, if notified about the presence of such banners, remove them. 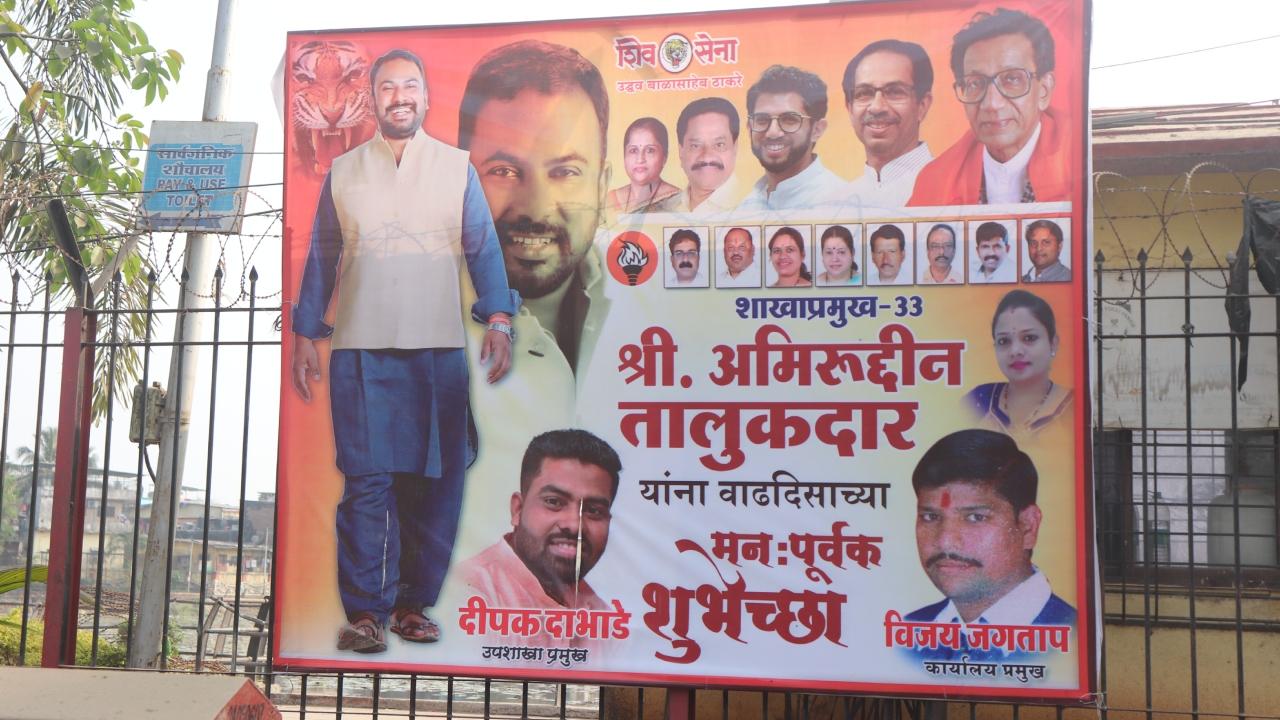 Cases against the act are only filed in case the individual or entity has installed too many banners or refuses to take them down despite notice. 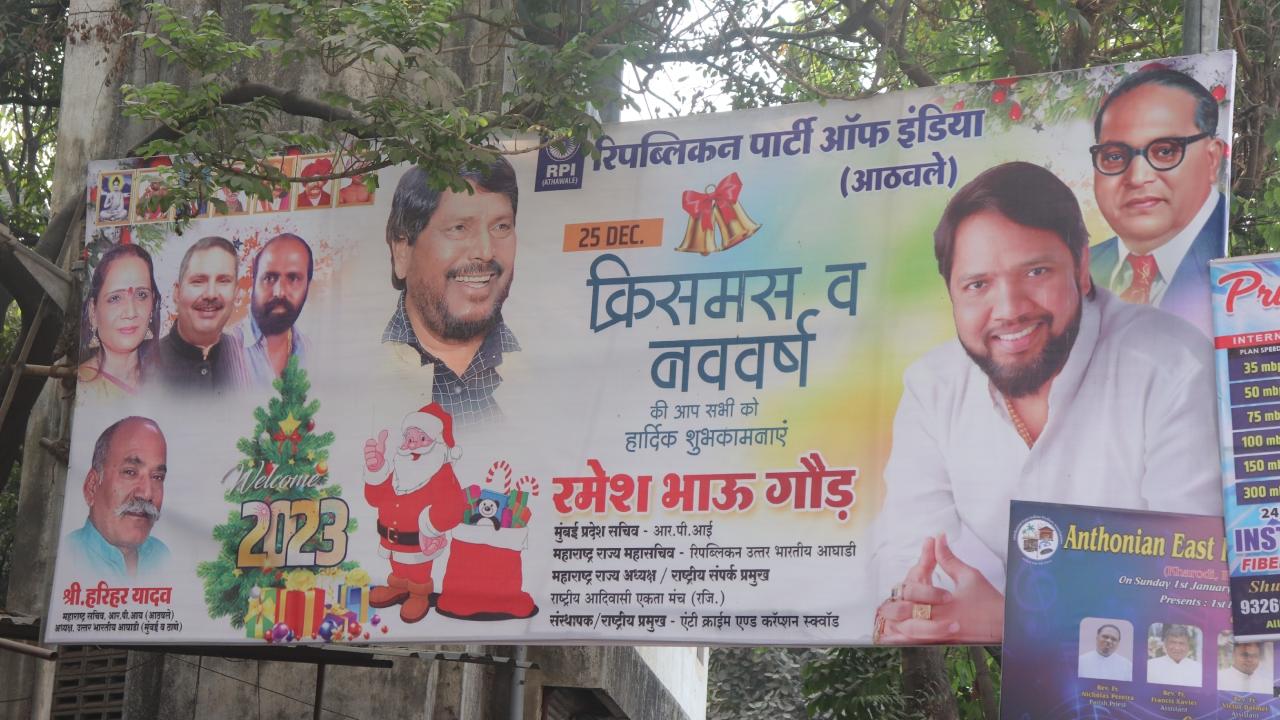 As per BMC guidelines, the authority grants temporary permission for installing banners and hoardings on private premises by obtaining a no-objection certificate. In addition, during festivals, BMC grants permission for the same on roads within a distance of 100 metres from the pandal or place of worship. The guidelines also state that the civic body does not allow banners on roads or city gardens.