In photos: Protest continue in Maharashtra assembly, Shiv Sena factions target each other

On Thursday, the protests at Vidhan Bhavan continued. MLAs of the Shiv Sena faction of Maharashtra Chief Minister Eknath Shinde targeted former minister Aaditya Thackeray by displaying a banner against him on the steps of the Maharashtra state assembly in Mumbai. The monsoon session has been on going at Vidhan Bhavan where the two factions has been protesting against each other. Pic/ Pradeep Dhivar

MLAs protesting on the steps of Maharashtra Assembly on Thursday. Pic/ Pradeep Dhivar 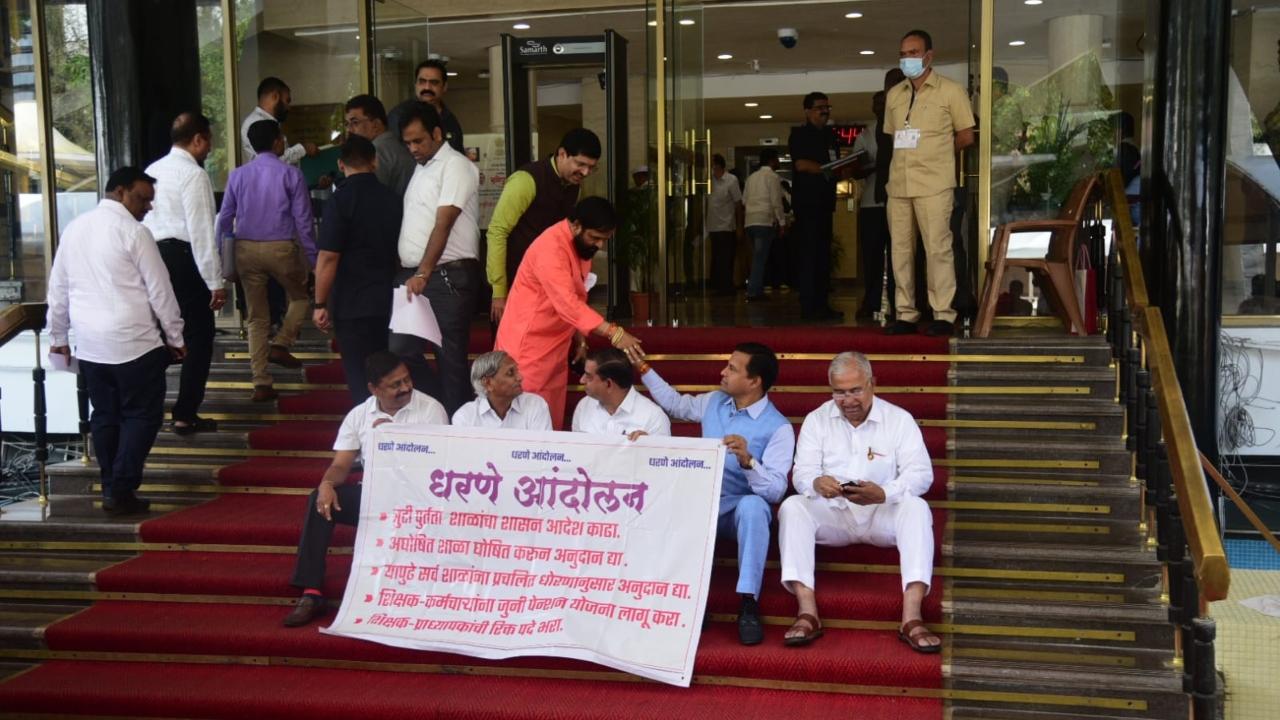 Legislators from the Shinde faction carried banners with the message: "Yuvrajanchi disha chukli" (the prince missed his path) on the steps of the Vidhan Bhavan where the state legislature session is currently underway. Pic/ Pradeep Dhivar 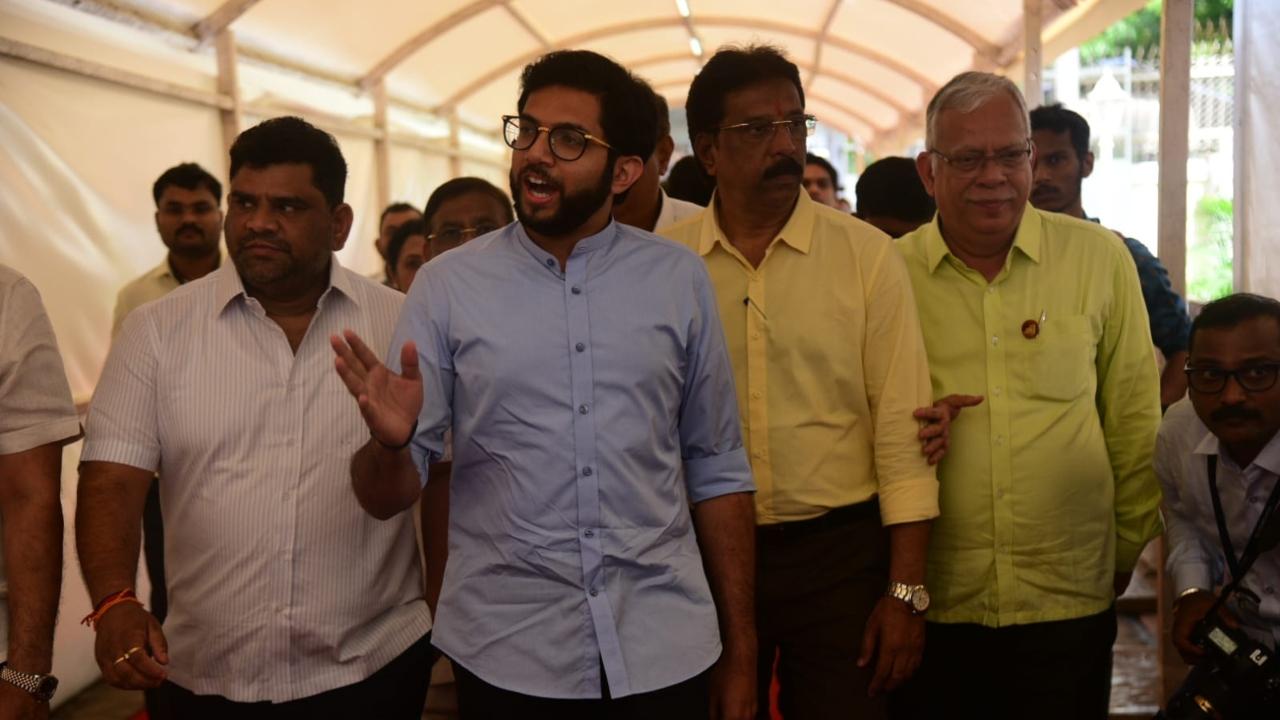 Aaditya Thackeray and some legislators of the Congress and NCP shouted slogans demanding that a "wet drought" be declared in Maharashtra to provide relief to farmers who lost their standing crops in the recent heavy rains and floods. Pic/ Pradeep Dhivar 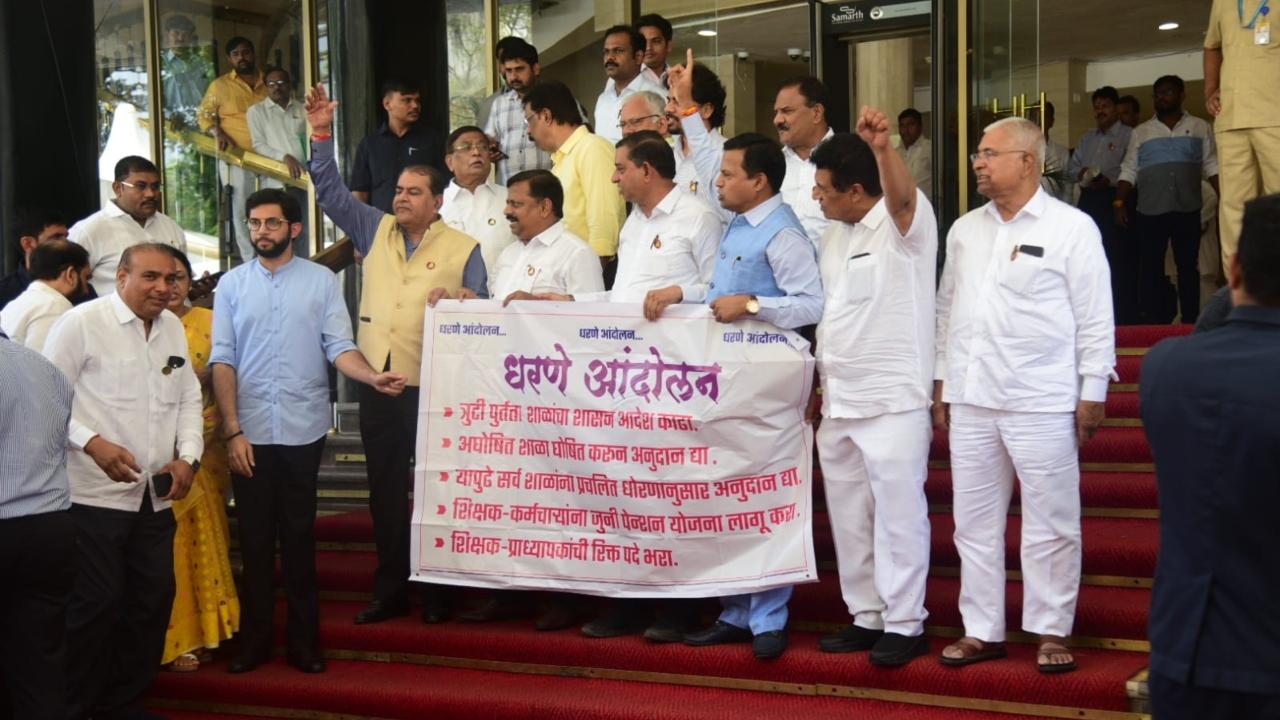 MLA Bharat Gogawale told reporters that if legislators of the Shinde group are targeted repeatedly, they would not sit with folded hands. Pic/Pradeep Dhivar 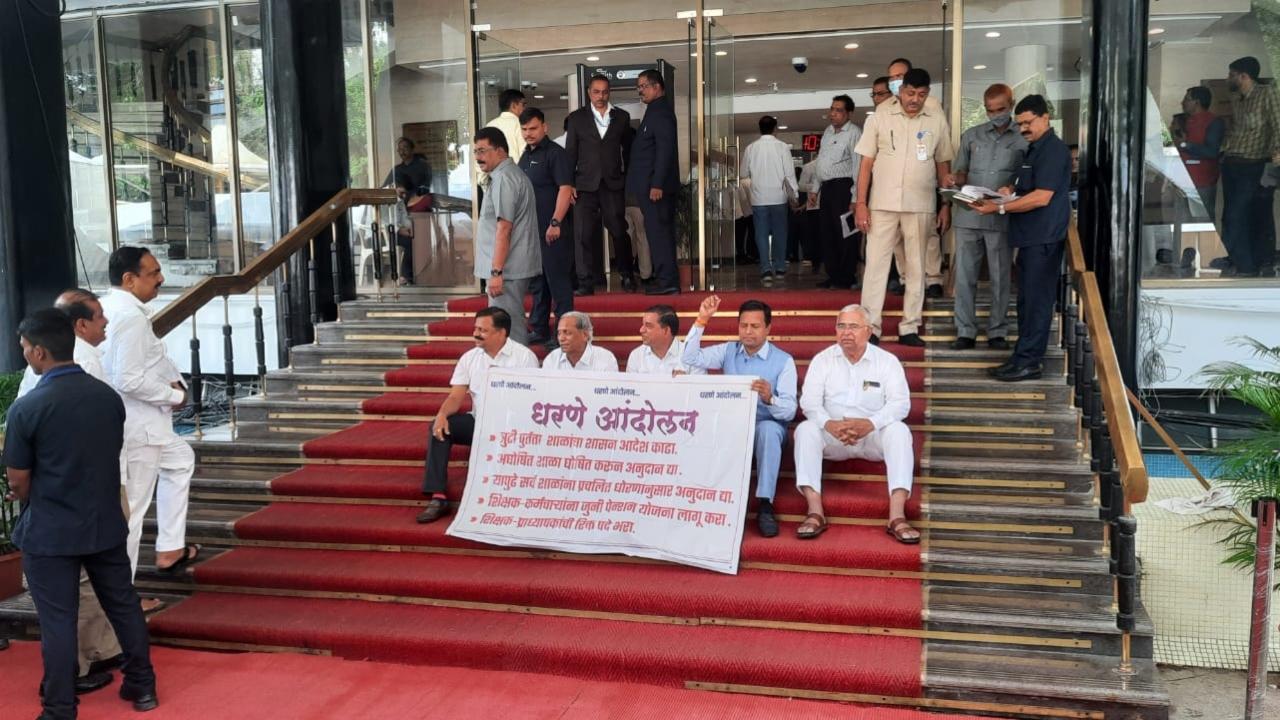 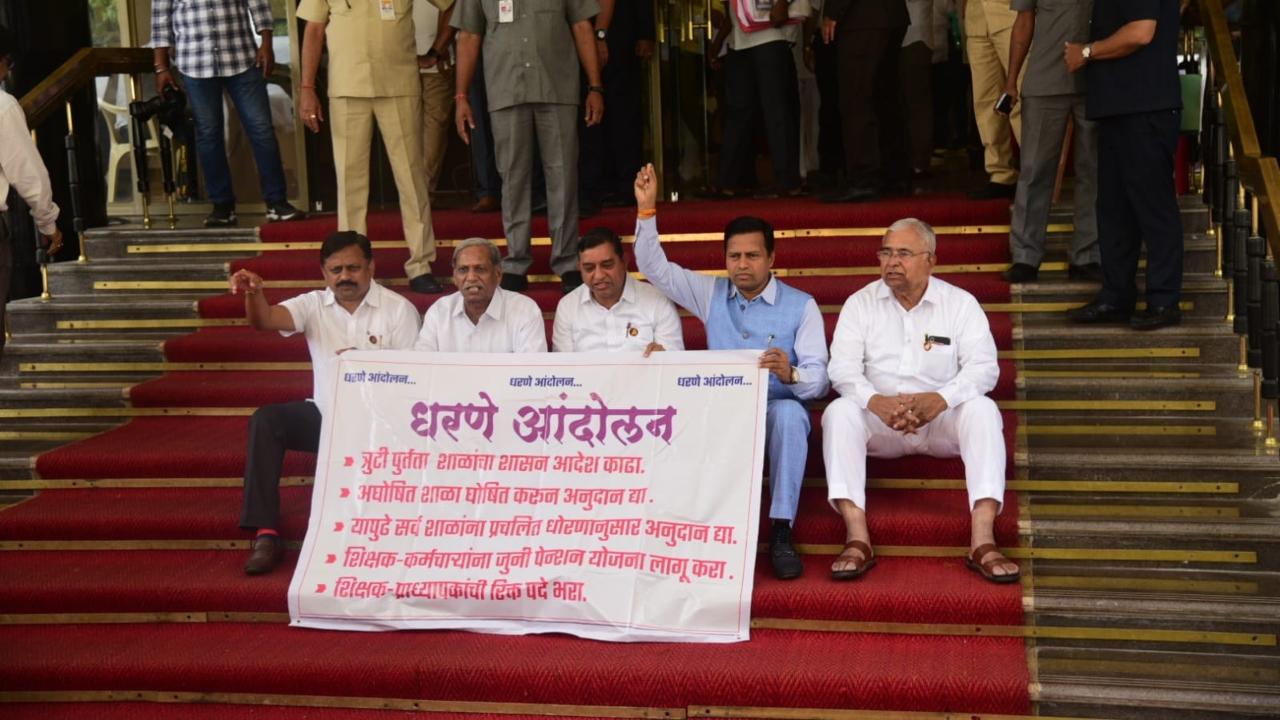 Aaditya Thackeray has been touring the state to garner support of the party cadre, following the rebellion by a group of MLAs. Pic/ Pradeep Dhivar