'There were times when Zaheer Khan slept with only a chaddar, no pillow' 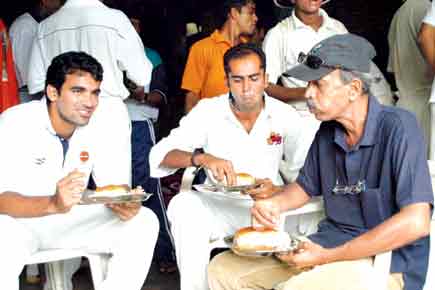 
Emotions were running high for former India Test cricketer Sudhir Naik yesterday after Zaheer Khan, one of his most famous wards, decided to call it a day from international cricket. Just the previous night, Zaheer called Naik to inform him of his decision to make his retirement official. Obviously, coach and ward had been speaking about it.

Also Read: Zaheer Khan in a tete-a-tete with mid-day post-retirement 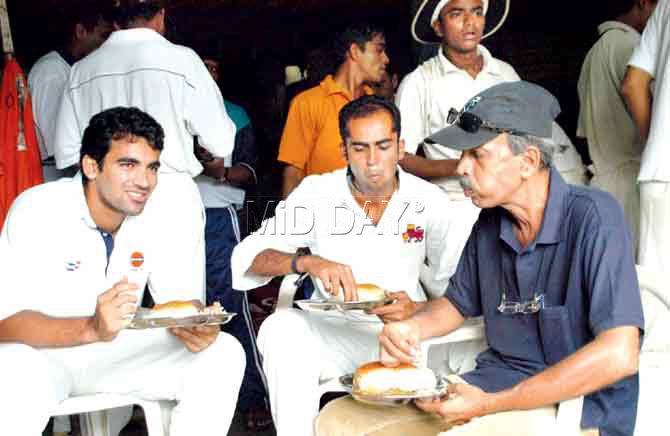 Hailing from Shrirampur, a town in Maharashtra's Ahmednagar district, Zaheer was roped in as a 17-year-old bowler by Naik at National Cricket Club, Cross Maidan in 1996. Yesterday, Naik recalled Zaheer's initial struggles that made him develop a steely attitude and fierce determination to succeed.

"Zaheer was staying with his father's aunt. She worked at Saifee Hospital (Charni Road) and had a small room in the hospital. For the first seven to eight months, he did not have a proper place to sleep. He just slept with a chaddar (bedsheet); no pillow.

Also Read: 10 interesting facts you must know about Zaheer Khan

"He must have played a lot of matches without breakfast and would prefer spending most of his time in the National CC tent or play tennis-ball cricket in Grant Road after practice. He would only go to Saifee Hospital to sleep," Naik recalled.

Naik only learnt about Zaheer's ordeal a few months later, during a chat with Zaheer's father: "A few months after he enrolled at National CC, his dad told me that it was getting difficult to manage his expenses in Mumbai and his aunt could not afford to feed him (Zaheer) anymore. He asked me if I could do something. 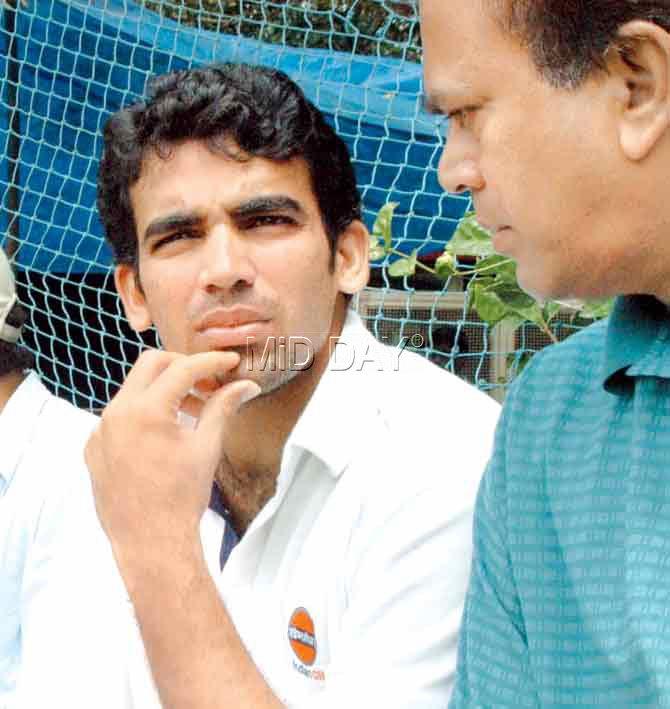 Zaheer Khan with Hemant Waingankar, the man who gave him his first job in Mumbai

I took him to Hemant Waingankar, who worked for Mafatlal Industries. That very day he received an offer letter for a job that would pay him R5000 a month. He was also told to buy a full cricket kit and I remember the happiness on his face. Hemant also organised for him to stay at the Mafatlal guest house."

Before Zaheer got employed at SunGrace Mafatlal, Naik insisted that he stays in Mumbai and does not return to Shrirampur, and with good reason. "I told his father that he should not think of Zaheer pursuing his engineering career. I wanted him to stay in Mumbai throughout the year because whatever he would learn would be forgotten if he went back," Naik said.

Asked about how Zaheer looked as a bowler when he first arrived at National CC, Naik said: "He was completely raw. There was no line and length, but he had very good pace. After bowling for about 40 minutes, I stopped him, fearing he would injure a few batsmen. I then made him bowl in a net, where he had to just focus on hitting a single stump. He was really good and I decided to continue with him."

The next thing Naik did was to buy young Zaheer a decent pair of bowling shoes. Those shoes bought from National CC's funds put Zaheer Khan on the road to stardom. "I told everyone that he was worth investing in." Naik was right!