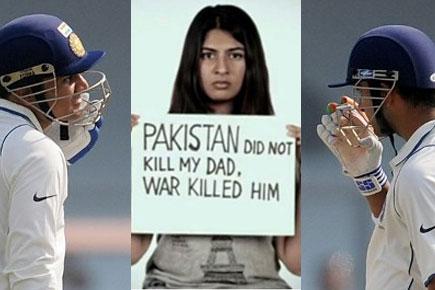 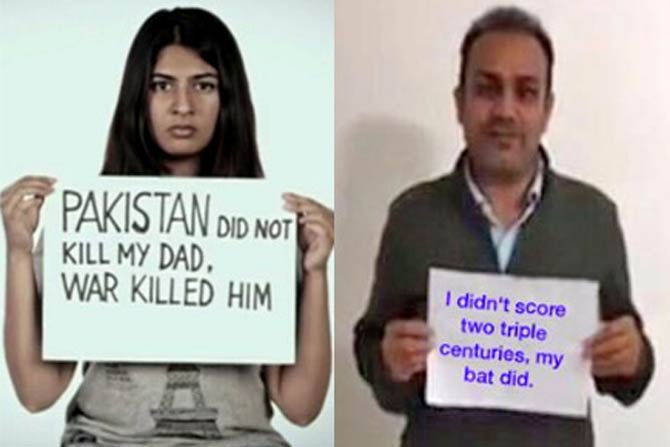 "The freedom of expression is absolute and equal for all. High time we learnt that and practised it daily in every sphere of life," Gambhir tweeted along with a video. The post was retweeted by Gurmehar.

The freedom of expression is absolute and equal for all!
High time we learnt that and practised it daily in every sphere of life. pic.twitter.com/iMfIanQyh1 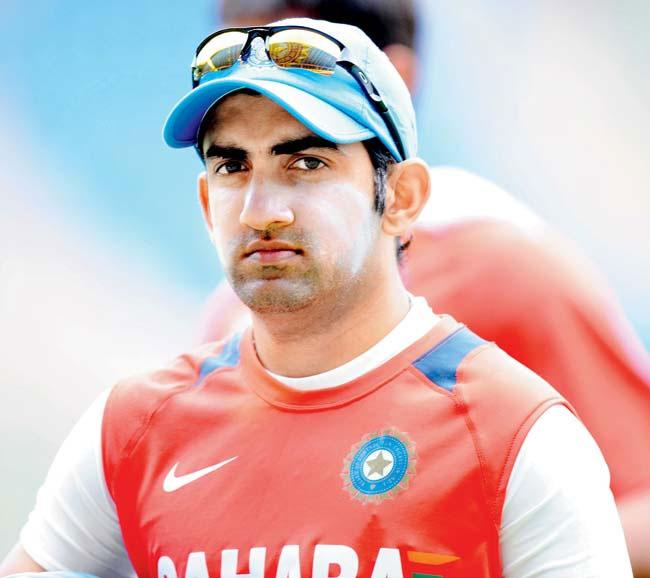 “I have utmost respect for the Indian army. Their service to the nation and all of us is unmatched. However, the recent events have left me with a sense of disappointment. We live in a free country where everyone is entitled to their opinion. If a daughter who lost her father puts up posts about the horrors of war with the intention of achieving peace, she has all the right to. It is not an opportunity for everyone to show how patriotic they are and gang up on her to mock her. She is entitled to her opinion just as every other citizen is. Everyone may or may not agree with it but mocking her for it is despicable," the text in Gambhir's video read.

Interestingly, Gauti is the first sportstar to stand beside the Delhi University student.

Wrestler Yogeshwar Dutt mocked Kaur with a meme that was doing the rounds of social media platforms.

Even wrestlers Babita Phogat and Geeta Phogat came down on the side of Sehwag and Dutt in criticising Kaur, daughter of Kargil martyr Captain Mandeep Singh who alleged rape threats over her social media campaign on Tuesday.

"Gurmehar Kaur's view that her father was killed by war and not Pakistan was wrong for me. It's against our nation and martyrs," Babita said in New Delhi.

Echoing the same views, her elder sister Geeta said, "If you speak against nation, people will obviously not like it. Irrespective of gender, the person won't be spared." 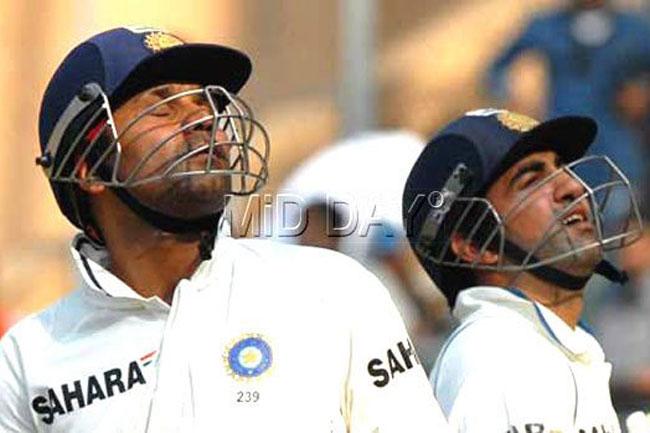 Viru and Gauti were the opening pair for India in Tests for 9 years and put on 4412 runs in 87 innings at an average of 52.52. They had 11 century partnerships and 25 50-plus partnerships between them.

The social media campaign against ABVP by Kaur, the daughter of an Indian Army martyr, that's gone viral has left the country divided. While some are defending the college student, there are others who are suggesting that it's anti-national.

20-year-old Kaur had started the campaign 'I am not afraid of ABVP', following the violence at New Delhi's Ramjas College, which went viral and received massive support from students of various universities. She posted her pictures on Facebook holding different placards including 'I am not afraid of ABVP' and 'Pakistan did not kill my father but war did'.

Gurmehar's father Captain Mandeep Singh was killed by militants in Kupwara district of Jammu and Kashmir in on August 6, 1999, four days after Pakistani troops withdrew from Kargil.

Everyone has a right to express their views without being bullied or threatened. Gurmehar Kaur or the Phogat sisters.