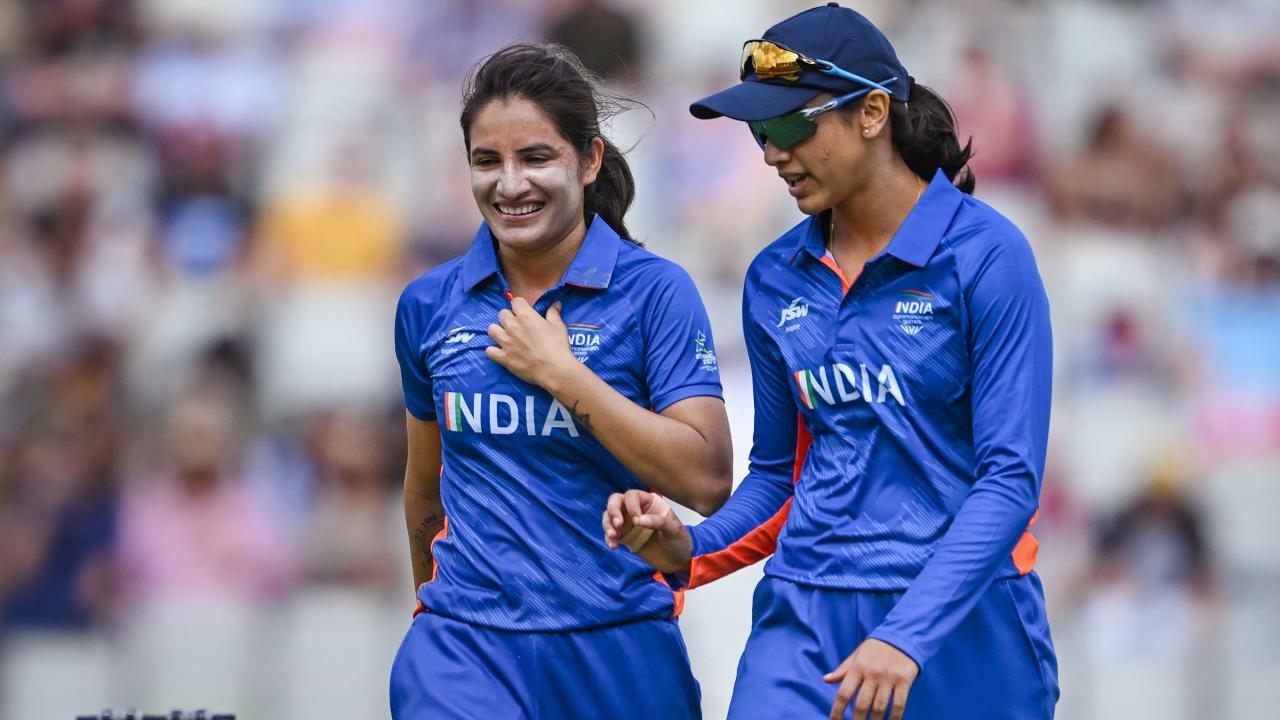 
Indian pacer Renuka Singh has stormed to the 18th spot in the ICC Women's T20I Rankings for bowlers after finishing as the top wicket-taker in the Commonwealth Games 2022. Renuka's 11 wickets have rewarded her with a top 20 entry for the first time. She made a climb of 10 spots after this performance. Also, Australian opening batter Beth Mooney has regained the top spot for batters in the ICC Women's T20I Player Rankings after losing it to her captain Meg Lanning just a couple of weeks back.

Mooney capped a fine run in the Commonwealth Games with a 41-ball 61 against India in the final to finish as the top run-scorer of the tournament with 179 runs. With scores of 70 not out against Pakistan and 36 against New Zealand this past week, she is now 18 points ahead of Lanning with 743 rating points. The 28-year-old has grabbed the top position for the third time in her career, having previously been No. 1 from March 8, 2020 to March 21, 2021 and from October 9, 2021 to July 26, 2022.

Mooney's team-mate Tahlia McGrath has continued her meteoric rise. After 14 matches, she boasts a batting average of 93.75 and a bowling average of 13.66, which ensures her a top-five position with the bat for the first time and 12th place in the all-rounders' list. Jemimah Rodrigues's return to form saw her score 146 runs in Birmingham, helping her gain seven spots and return into the top 10 batters for the first time since October 2021.

England may have missed out on a medal, but their bowlers occupy the top three spots in the bowling rankings. Fast bowler Katherine Brunt has swapped places with Sarah Glenn and is up to second, her highest position for 11 years. Left-arm spinner Sophie Ecclestone continues to be at the top with a good lead of 34 rating points over Brunt. South Africa batters Anneke Bosch (up five places to 20th) and Tazmin Brits (up six places to 22nd) are others to gain big among batters while Pakistan's Javeria Khan and India's Deepti Sharma have gained two slots each to reach 32nd and 36th positions, respectively.

Fast bowlers Shabnim Ismail of South Africa and Megan Schutt of Australia have moved up two places each to grab fourth and fifth positions in the bowlers' list. Left-arm spinners Nonkululeko Mlaba of South Africa and Radha Yadav of India are up to eighth and 14th places, respectively. In other movements, New Zealand's Haley Jensen has galloped 31 slots to take 13th position while Australia's Ashleigh Gardner (22nd) and South Africa's Nadine de Klerk (28th) have also made significant movement.

Gardner starred with both bat (96 runs at a strike rate of 137.14) and ball (five wickets at an economy rate of 4.20) and is up into second place among all-rounders, only behind Sophie Devine, who captained New Zealand to the bronze medal.