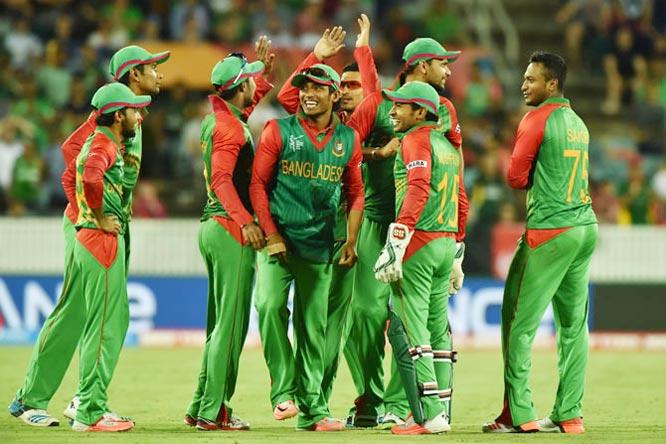 Hamilton: Bangladesh captain Shakib Al Hasan insists they have nothing to fear when they tackle India for a place in the World Cup semi-finals after giving in-form New Zealand a huge scare on Friday. 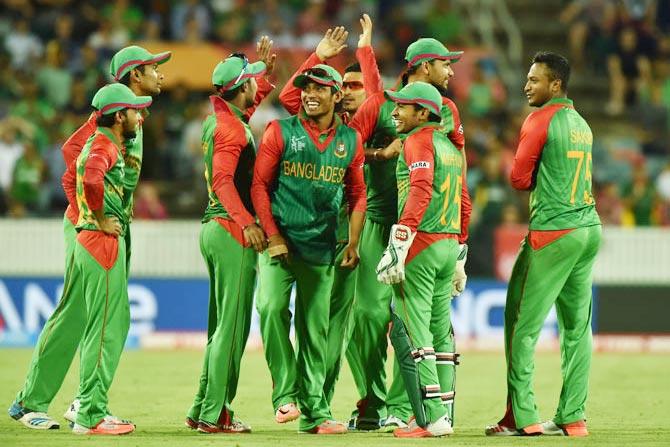 The Tigers went down fighting by three wickets at Seddon Park in their last Pool A match to finish in fourth place in the group and set up a quarter-final showdown with Pool B winners and defending champions India in front of 90,000 fans at the Melbourne Cricket Ground on March 19.

"Obviously we can take this confidence ahead. The way we played I think it's very good and that will help us in the quarter-final immensely," said Hasan, who led Bangladesh in the absence of injured captain Mashrafe Mortaza.

"We haven't thought about the quarter-final yet but it's going to be exciting and there will be a lot of fans cheering for them. So we will be ready as this will be our first ever quarter-final." He added: "To be honest, our first target was to qualify for the quarter-finals. Now it's a one-off game and if we play well on the day anything can happen, so we will prepare ourselves as well as we can and I think boys will be up for it."

Hasan said it was disappointing to lose against New Zealand, who now have six wins in six games, in a match in which the co-hosts were tested to the hilt as they made a meal of chasing down a 289-run target.

Mohammad Mahmudullah hit his second successive hundred with a brilliant knock of 128 not out to guide Bangladesh to 288-7 as New Zealand failed for the first time in six games to bowl out their opponents.

Martin Guptill smashed 105 and Ross Taylor scored 56 as New Zealand chased down the target in 48.5 overs. "It was disappointing to come up short in this type of match. It was an excellent game and could have gone either way but in the end they were the better side on the day," said Hasan, who took 4-55 as Bangladesh opened the attack with spinners from both ends.

That allowed Bangladesh to get rid of dangerous Brendon McCullum (eight) and Kane Williamson (one) early. "That was the plan. The ball was holding and took some spin and that worked out but it may not work in other games," said Hasan.

"The way Guptill batted was terrific and Taylor hung in there. We needed those wickets but in the end we were ten runs short," said Hasan. Hasan praised Mahmudullah who also hit a century in the 15-run win over England last Monday which sealed their place in the quarter-finals.

"Mahmudullah is amongst the top five run-getters of this World Cup so hopefully he will continue his performance in the quarter-final. "He will be proud of himself but at the same time his job is not finished and as a professional team we want him to score another hundred.

"If Kumar Sangakkara can score four in a row, why not Mahmudullah?" said Hasan, referring to the Sri Lankan master batsman who hit his fourth successive hundred in the World Cup against Scotland on Wednesday.