IPL 2022: Not able to contribute to team's cause was bothering me, says Virat Kohli 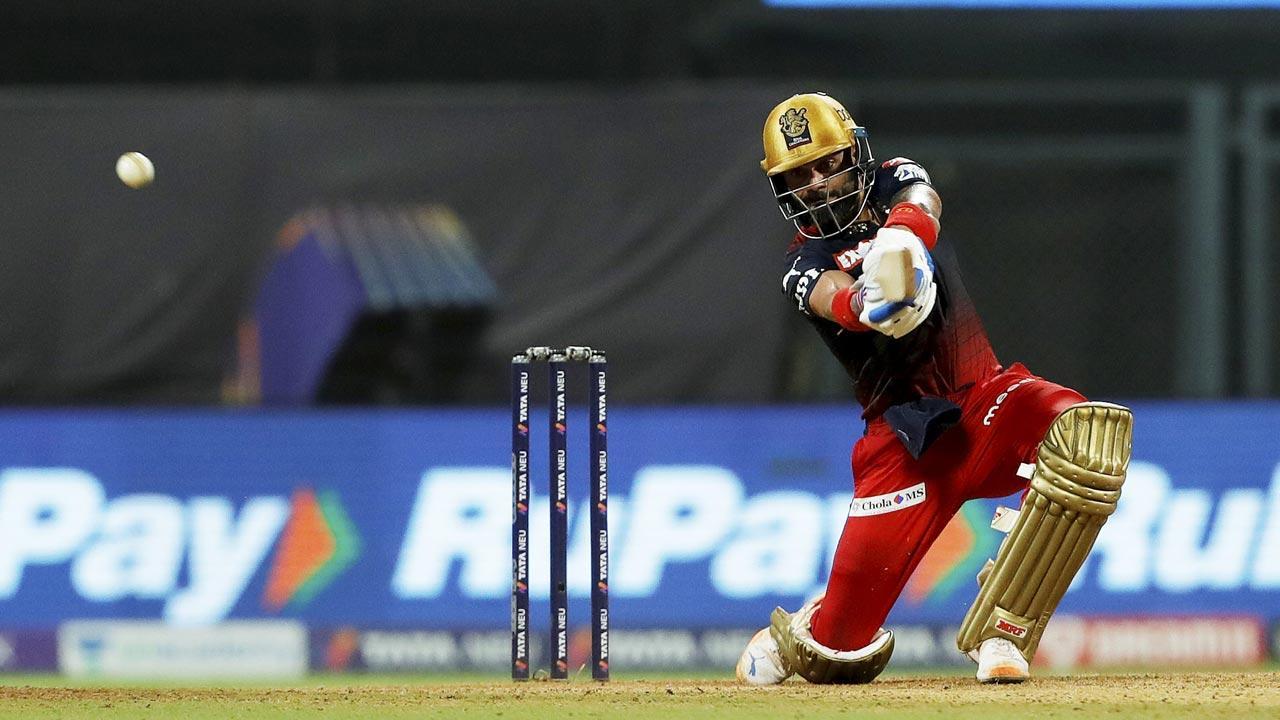 
Virat Kohli on Thursday said not being able to contribute to the team's cause and his failure to live up to his own expectations bothered him the most during his prolonged lean patch in this year's Indian Premier League. Kohli roared back top form with a 54-ball 73 to help Royal Challengers Bangalore register a thumping eight-wicket win over table-toppers Gujarat Titans and stay alive in the play-off race.

"It was an important game. I was disappointed that I haven't done much for my team and that is what bothers me, not the stats. Today was a game where I was able to create an impact for the team. Puts us in a good position.

"There are expectations because of the performances that you have put in. You need to keep the perspective right. You can forget the process in order to live up to the expectations," Kohli said at the post-match presentation ceremony after being named player-of-the-match. Kohli said he had batted for one-and-a-half hours at the nets on Wednesday in his bid to find his mojo back.

"I have worked really hard. I batted 90 minutes in the nets yesterday. I came in very free and relaxed." Kohli compared his current situation with a few instances from the past.

"It is in that spur of the moment why is it happening to me. It goes back to 2018 in England when I was dropped on 21 and the juggernaut could have started again like it did on the 2014 tour. I won't be standing here being ungrateful for all that I have achieved." The batting superstar said the first boundary off Mohammed Shami gave him the confidence that he is not far away from getting his touch back.

"With the very first shot of Shami, I felt I could hit lengths balls over the fielder's head. I knew that tonight was the night when I could kick on. It has been wonderful that I have got so much support in this edition. I am forever grateful to all the love that I have never seen before," Kohli said. RCB skipper Faf du Plessis said it is imperative for a team to back its players in their difficult times.

"Throughout the season we haven't done as much as have liked. But you still need to back these big players. Virat had been putting in the hard yards in the nets. I play the role with him and get him pumped up," Du Plessis said. "He has got so much emotions and hype pulls you through. It is as if you are playing a rugby game." By virtue of this win, RCB moved to fourth place in the standings with 16 points but will have to wait for the Delhi Capitals-Mumbai Indians game on Saturday to know their fate. A loss for Delhi would ensure RCB a play-off berth. "A few inconsistent performances have put us in this situation. I am banking on Rohit (Sharma) to come good," Du Plessis said.

GT captain Hardik Pandya said there were lot of learning from Thursday's match ahead of their play-off matches. "We had just a par score. The ball was stopping here and there and we were happy with 168. We wanted to give Lockie the opportunity, but the wicket was holding a bit. So we wanted to go for bowlers who bowled slower ones and took pace off the ball.

"We pulled things back in the middle but the way Maxwell played in the end made us feel we were 10 runs short. We are on the right tack and we just need to look after losing back to back wickets. The learning is to make sure we don't do it in the playoffs," he said. Hardik said Wriddhiman Saha didn't keep wickets as he was feeling his hamstring and kept out as a precautionary measure. "I don't know about Saha's injury. He was feeling his hamstring and it was a precautionary measure to keep him off the field."