IPL 2022: We wanted to come out of our comfort zone - Hardik Pandya on Gujarat Titans batting first

Meanwhile, Punjab skipper Mayank Agarwal lauded his team after the much-needed win. He decided to drop himself down the order to accommodate Jonny Bairstow at the top alongside Shikhar Dhawan 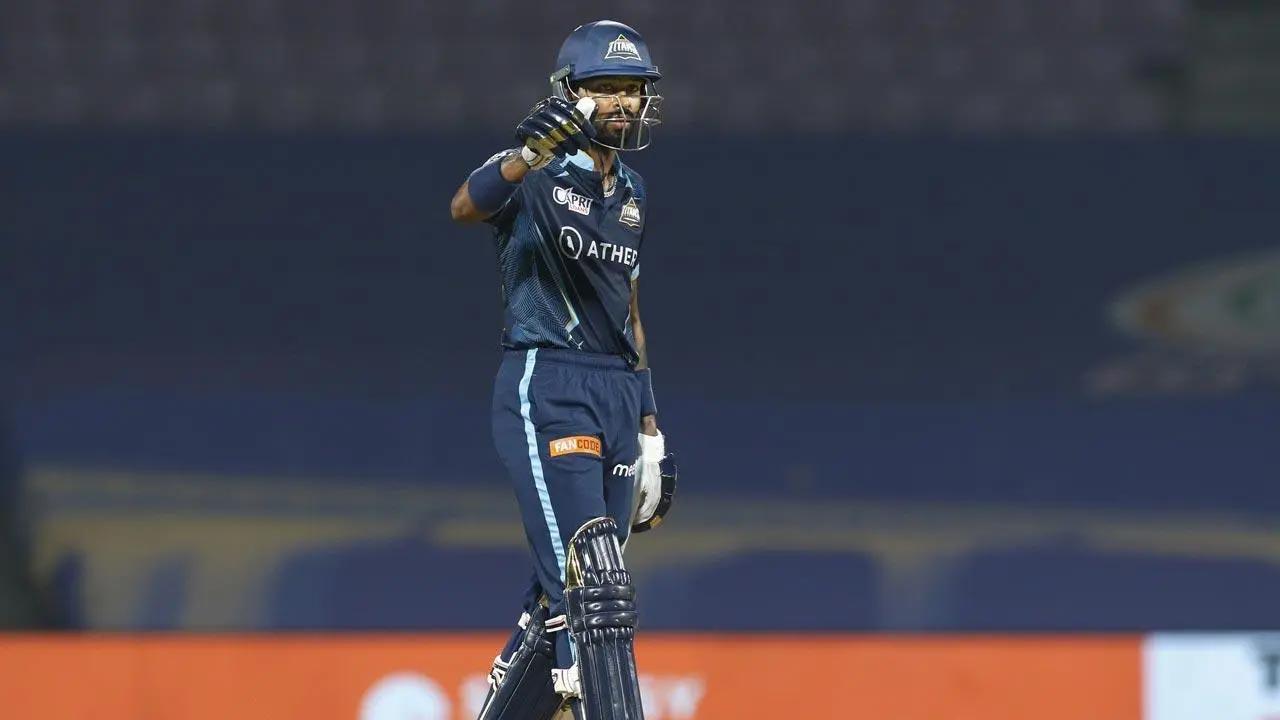 
The decision to go against the trend and bat first did not pay off but it is something Gujarat Titans needed to do to get out of their comfort zone ahead of the bigger battles that await them in the IPL, said skipper Hardik Pandya. Titans, who lead the IPL points table with eight wins from 10 games and are set to reach the play-offs, lost to Punjab by eight wickets here on Tuesday. Titatns struggled to 143 for eight which Punjab chased down in 16 overs.

"We weren't even close to a par score. 170 would have been ideal, but we kept losing wickets regularly and never came anywhere near it. I backed ourselves with the bat, batting first wasn't a wrong call, we needed to come out of our comfort zone," said Hardik. "We have chased well in this tournament, if required (later in the tournament), we had to know how to set targets. This is part of a learning curve, but this is all about learning to come out of our own comfort zone. "We were always talking about getting better even when we were winning, we would talk about things that didn't go our way today and would look to come back better in the coming games."

Punjab skipper Mayank Agarwal lauded his team after the much-needed win. He decided to drop himself down the order to accommodate Jonny Bairstow at the top alongside Shikhar Dhawan. Explaining the move, he said: "We are trying to get the best out of Jonny. He's done well opening. I said, 'It's okay, I'll bat at four, I'll anchor the innings at four'. With Livi it was clear, Shikhar to bat through and Livi could go out and play the way he wants to play. It was nice the way he played, got the score quickly," said Agarwal. He also said his team must gain some consistency as the race for a play-off spot gets more intense. "We would like to string a few (wins), no better time than getting a few wins back-to-back."