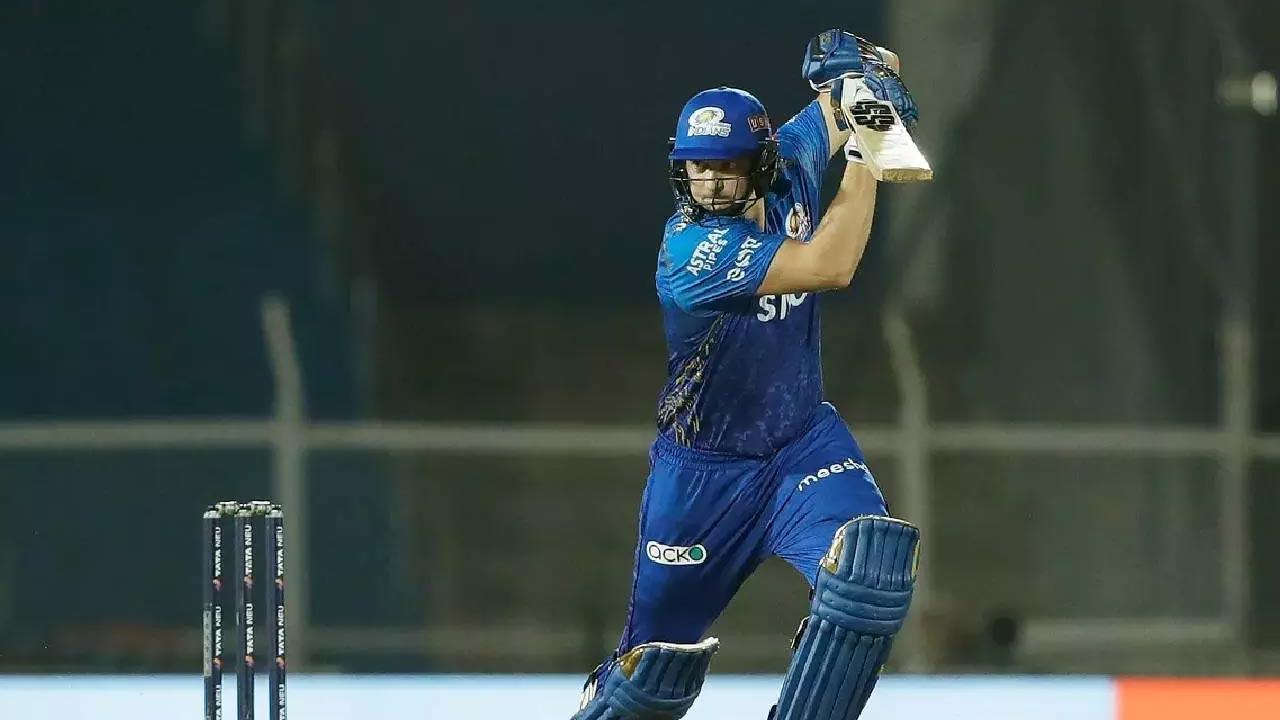 
Mumbai Indians (MI) batter Tim David, whose crucial knock helped his team in defeating Delhi Capitals (DC), revealed that he worked really hard on his shape after facing some issues earlier in the season. Clinical knocks by MI batters on Saturday helped five-time champions in finishing their IPL 2022 campaign on a high as they defeated DC by 5 wickets at Wankhede Stadium.

"Ishan (Kishan) told me the wicket was getting flatter, it was holding a bit with the slower balls, but I just had to hold my shape and back my game, keep it simple. I got lucky with a couple of baby sixes, it is all about repetition and holding your shape," said Tim David in a post-match presentation.

"Early in the season I was leaning back on the ball a bit, so I've worked really hard on my shape, happy with the result. It's been a tough season but we've played some good cricket," he added.

With MI's win, Royal Challengers Bangalore have qualified for the playoffs while DC have crashed out of the 15th edition of the Indian Premier League. The batter revealed that RCB skipper Faf du Plessis sent him a picture of himself, Virat Kohli, and Glenn Maxwell, wearing the MI jerseys.

"I got a message from Faf this morning - it was a picture of him, Maxi and Virat all in an MI kit, maybe I'll get to post that on Instagram later," said the MI batter. Chasing 160, Mumbai had a cautious start as they had scored 62/1 in 10 overs. At the end of 15 overs, they lost precious wickets of set batters, Ishan and Kishan and Dewald Brevis. In the 16th over, DC had got a chance of another breakthrough as Tim David was caught behind but he signalled not out by the umpire.

Pant ended up not taking the DRS and David remained not out. It was further revealed that the MI batter was actually out as his bat was involved. This mistake heavily cost DC as David went on to score 34 runs off 11 balls and turned the momentum in MI's favour.

"I heard a noise but I wasn't sure, but when they didn't review, I thought let's crack on, that's how the game is," said David.

Next Story : Ashwin looks forward to more match-winning performances with the bat