In former Test player Madhav Apte's death, Mumbai cricket has lost one of its greatest participants of the Dr HD Kanga League, which he played for 54 years - from 1948 to 2002 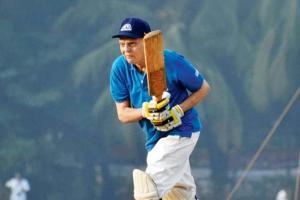 
Though Madhav Apte was a well-known erstwhile Test cricketer of the 1950s, he enjoyed special status on the maidans of Mumbai. That's because of his love affair with the Dr HD Kanga Cricket League which he played for 54 years — from the inaugural year in 1948 — till the 2002 edition.

Apte, who passed away yesterday morning at the age of 86, started playing the league at 16 and figured mostly for his beloved Jolly Cricketers club. Several present at Apte's funeral at Shivaji Park yesterday were Apte's Jolly teammates, including Anil Deshpande, who captained them to their third 'A' division triumph in 1980. Memories came flooding through inevitably. Deshpande recalled how Apte used to call him from Malaysia (a country he often visited on business) to inform him of his availability.

That the Kanga League was Apte's best-loved tournament is established in what he said on the day before his last game on October 2, 2002: "Whether I am in London or Pune, my first question over the phone to Vaman (his son) is, what happened to Jolly yesterday. Heaven will not fall whether we are in the 'A' or 'B' division, but this has become part of me."

Apte had many forget-me-not moments of the Kanga League. He would love to recall a match against Fort Vijay in the 1950s when Jolly needed seven runs to win with two balls left in the final over. On the penultimate ball, Anandji Dossa (the late ace cricket statistician) hit Test bowler GR Sunderam for a six to level the scores. As Sunderam delivered the last ball, Dossa ran a single and clinched the match for Jolly.

The late Sunderam's son Pradeep was at Apte's funeral yesterday, proudly showing his friends a photograph of himself with Sunil Gavaskar and Apte taken at a Dadar Union v Shivaji Park Gymkhana (SPG) festival match in 2017. Pacer Pradeep was a dreaded Kanga League bowler, who played for SPG and Rajasthan SC.

Yajurvindra Singh, the former India all-rounder also played for Jolly Cricketers and was part of the 1980 pennant-winning team. He recalled: "We played many matches together, but the most memorable one has to be the 1996-97 game we played against Dadar Union. I was called because they fell short of a player. 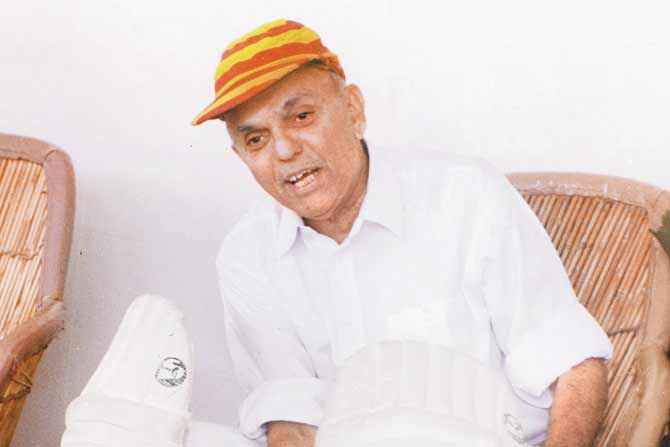 "By the time I went in to bat, we had lost four to five wickets at Islam Gymkhana. Madhav followed me. I got 80 odd and he scored 50. It was a very good partnership and I can never forget it because he scored a half century against Dadar Union at the age of 64! I was tired and got out, but he was still batting."

Padmakar Shivalkar and Apte appear in Kanga League fixture books as record holders — Apte for his 5046 career runs and Shivalkar for his 94 wickets in 12 games of the 1972 edition. Shivalkar told mid-day yesterday that Apte was a difficult batsman to dislodge. "His defence was solid and outstanding. I would not say his style was copybook. He had his own style which was special," the left-arm spinner remarked.

Apte was a quick runner between wickets apart from being swift in the field. Cricketers remembered how they took pleasure in watching him man the cover region under his Harlequin cap.

Irony was not lost at the Brabourne Stadium on October 2, 2002 when Apte was run out for five in his farewell Kanga game (for Jolly v CCI). A few balls earlier, he was hit on the chest at the non-striker's end when teammate Shishir Hattangadi executed an uppish drive. "To be cynical, that was the only way I could get out," he told mid-day with a chuckle after the game.

Unlike his last innings in the Kanga League, Apte stayed at the crease of life for a long period of time. He played with a straight bat, never disrespected the game and always provided a shining example of humility on and off the field.

Next Story : Tributes flow in for generous Madhav Apte