Meghana, who was left out of the opening game, smashed a strokeful 73 off 47 balls en route to a 113-run partnership off 73 balls with Jemimah Rodrigues (66 off 44 balls) to set the foundation 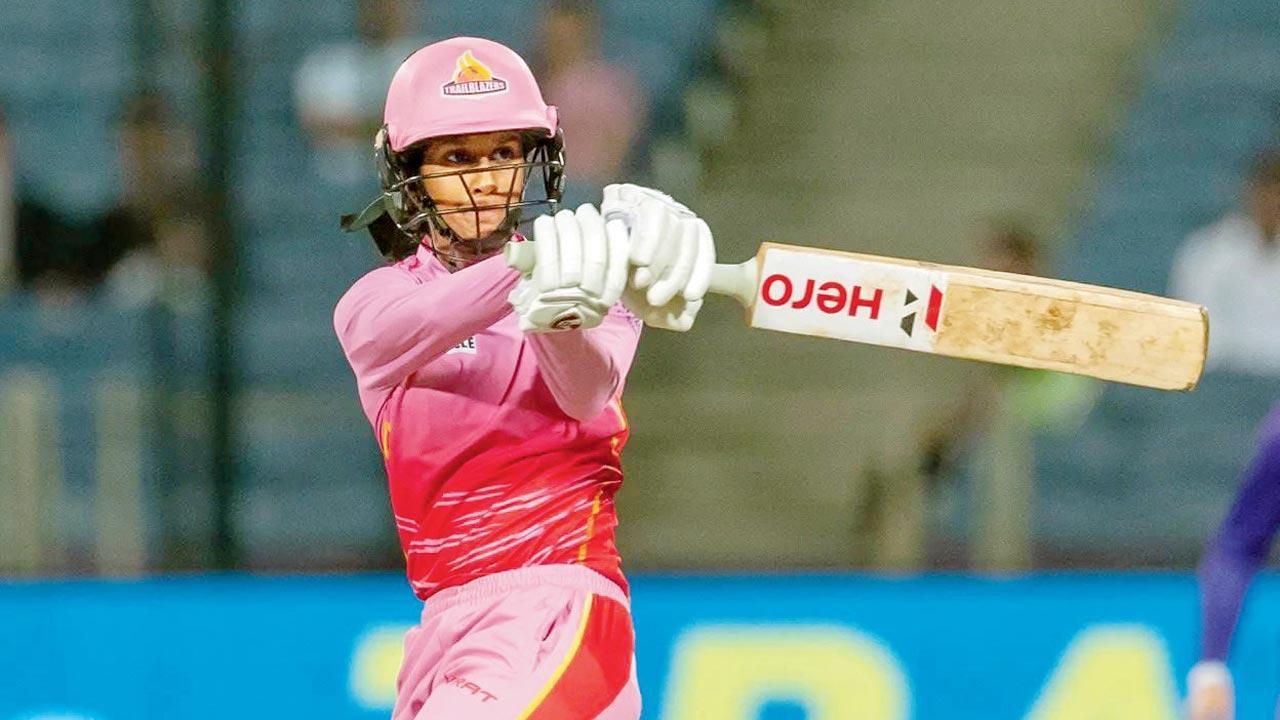 
Batting duo of Sabbhineni Meghana and Jemimah Rodrigues slammed scintillating fifties to propel Trailblazers to 190 for five against Velocity in a must-win Women’s T20 Challenge match here on Thursday.

Meghana, who was left out of their opening game, smashed a strokeful 73 off 47 balls en route to a 113-run partnership off 73 balls with Jemimah Rodrigues (66 off 44 balls) to set the foundation. Hayley Matthews (27 off 15) and Sophia Dunkley (19 off 8) provided the late charge as the defending champions scored the highest total in the history of the tournament.

At the time of going to press, Velocity were 84-2 in eight overs.

The only team to open their account yet, Trailblazers came into the match need a huge win to qualify for the finals. They will have to restrict Velocity within 158 to make the summit clash. Sent into bat, Meghana took the responsibility to steer the team after Trailblazers lost skipper Smriti Mandhana (1) early.

The 25-year-old from Andhra Pradesh, who was dropped at 16 and 63, displayed her big-hitting skills, clobbering seven fours and four maximums. Rodrigues too had seven hits to the fence and one six in her 44-ball innings. Velocity was extremely sloppy on the field as their butterfingered fielders dropped as many as four catches—two in Simran Bahadur’s over.

Next Story : Langer blames politics for quitting as Australia coach