This day in 1999: Kumble took all 10 wickets against rivals Pakistan

Anil Kumble finished with the bowling figures of 10-74 from 26.3 overs 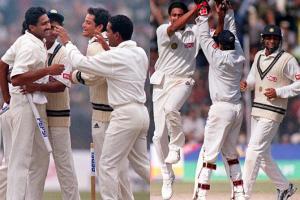 A collage of photos from the test match. Pictures/ AFP


It was on February 7, 1999, that Anil Kumble became just the second bowler in the history of cricket to take all ten wickets in an innings of a Test match.

He achieved the feat against Pakistan at Feroz Shah Kotla Stadium, now known as Arun Jaitley cricket stadium in Delhi during the second Test of the two-match series. 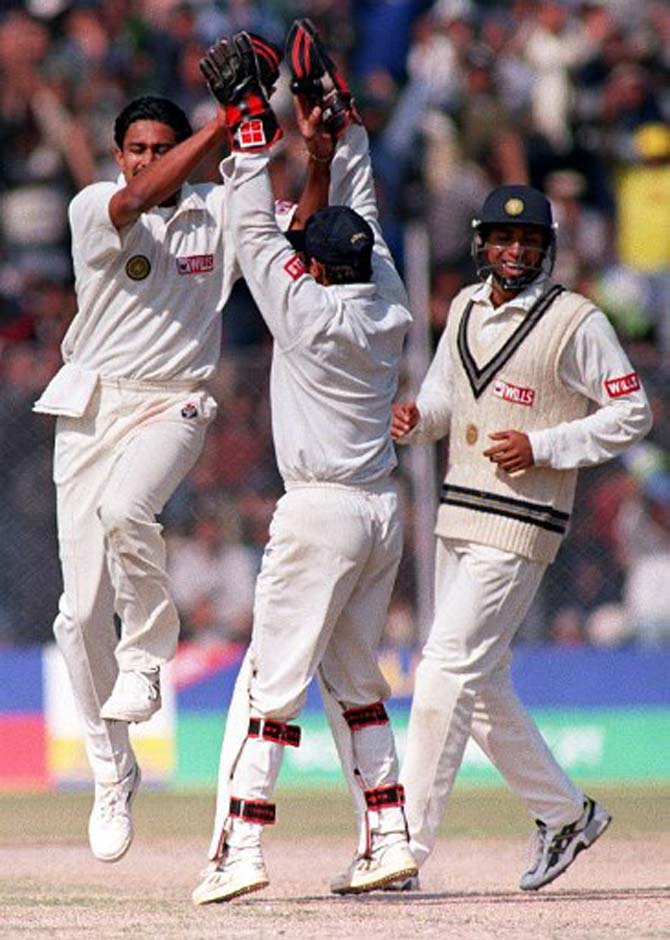 India had set Pakistan a target of 420 runs in the match and the visitors got off to a steady start as openers Shahid Afridi and Saeed Anwar put on 101 runs for the first wicket.

It was then Kumble who came into the attack and wreaked havoc on the Pakistani batting line-up.

The spinner, also known as 'Jumbo' first dismissed Afridi (41) in the 25th over. After the right-handed batter's dismissal, India kept on taking wickets through Kumble and Pakistan was reduced to 128/6 in no time.

Kumble then kept on taking wickets at regular intervals and he got his tenth scalp in the 61st over after dismissing Wasim Akram. 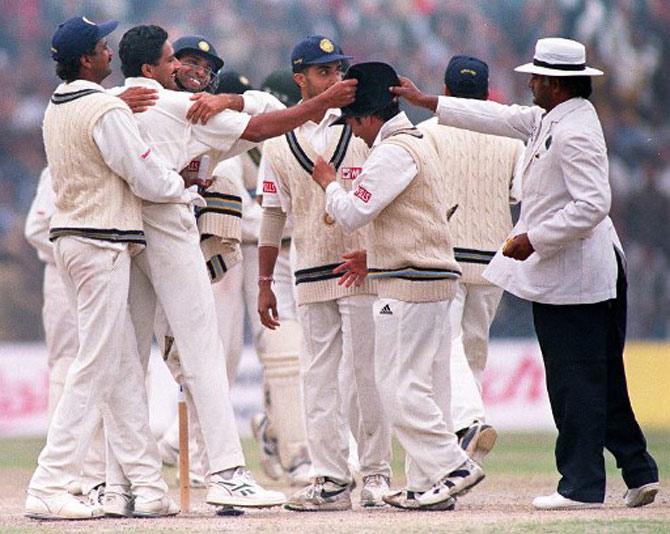 This effort enabled India to register a win by 212 runs, and Kumble became the second bowler after England's Jim Laker to take all ten wickets in a single Test inning. Kumble finished with the bowling figures of 10-74 from 26.3 overs. 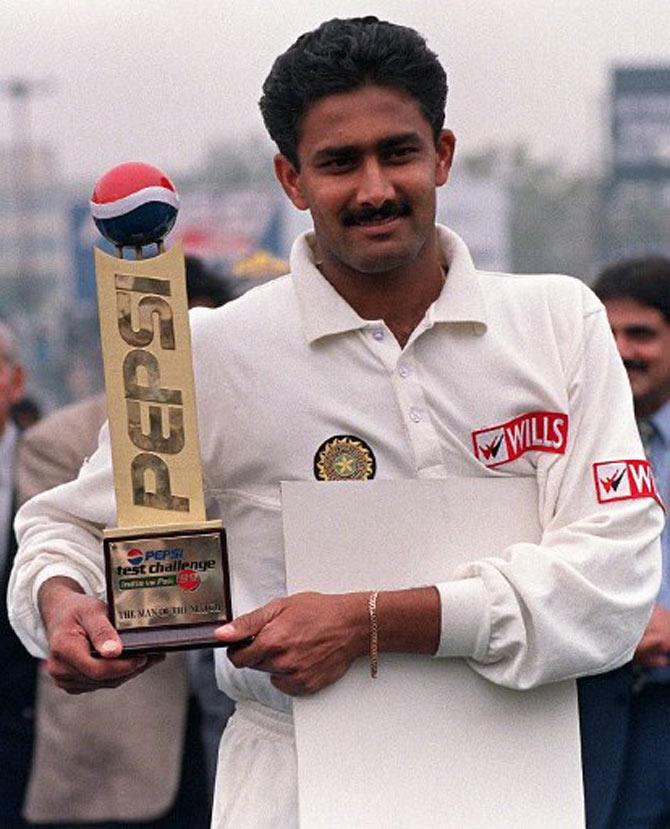 Kumble announced his retirement from international cricket in 2008 and finished with 619 wickets in the longest format of the game.

He has the third-highest number of wickets in Tests, only behind Sri Lanka's Muttiah Muralitharan (800) and Australia's Shane Warne (708).

Next Story : This cricketer reminds Sachin Tendulkar of himself