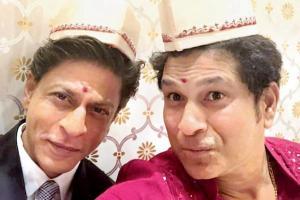 Speaking about the tour of England starting today,  Sachin Tendulkar feels India has headed to the gruelling tour of England with "the most complete fast-bowling attack in many many years", a "luxury" that was not there during his 24 years in international cricket.

India are starting their nearly three-month tour of United Kingdom with two T20 Internationals in Ireland from June 27 but all eyes will be on the five-Test series starting August 1 in Birmingham. "This is the most complete fast-bowling attack that India have had in many many years. In my assessment, this attack would go as one of the best," Tendulkar told PTI during an exclusive interaction.

The maestro, who played an incredible 200 Tests in his illustrious career, said even though India have had some quality seamers but never had the "luxury" of an attack of such variety.

Next Story : Is Steven Smith getting dumped by girlfriend Dani Willis?