Gavaskar also opined that the Board should have a no-limit policy when it comes to helping former players in their medical expenses. It is learnt that ex-Test players can avail of medical assistance for hospital bills up to Rs five lakh 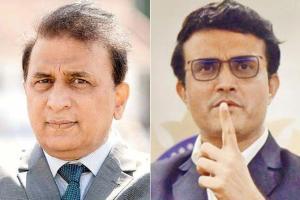 In his fortnightly column in Sunday mid-day, Gavaskar wrote: "The Supreme Court of India's decision to postpone the hearing of several applications by the BCCI and some of its affiliates has also left Indian cricket in limbo. Sure, there are many more important cases than cricket before the highest court in the land but Indian cricket lovers are anxiously awaiting the decision.

"Personally, I would love to see Sourav and his team carry on till the end of the 2023 World Cup in India but let's see what the court decides. Just like Sourav lifted the Indian team after the early murky times and restored the faith of the Indian cricket lovers, so also he and his team look capable of doing that with the BCCI administration."

Gavaskar also opined that the Board should have a no-limit policy when it comes to helping former players in their medical expenses. It is learnt that ex-Test players can avail of medical assistance for hospital bills up to Rs five lakh.

"The cost of some of these treatments is multi times more than the medical assistance limit currently for ex-cricketers who played for peanuts and do not even have a fraction of the money the current lot has. So each case should be treated separately and if it is a very serious medical problem then there should be no limit for the medical assistance from the BCCI," Gavaskar wrote, while stressing that the Indian Cricketers Association and the BCCI should have "regular communication with each other" for "speculation and misconceptions to go away."