Bhuvneshwar led SRH in the last-league stage game against PBKS in the absence of Kane Williamson, as the latter had flown to New Zealand for the birth of his second child 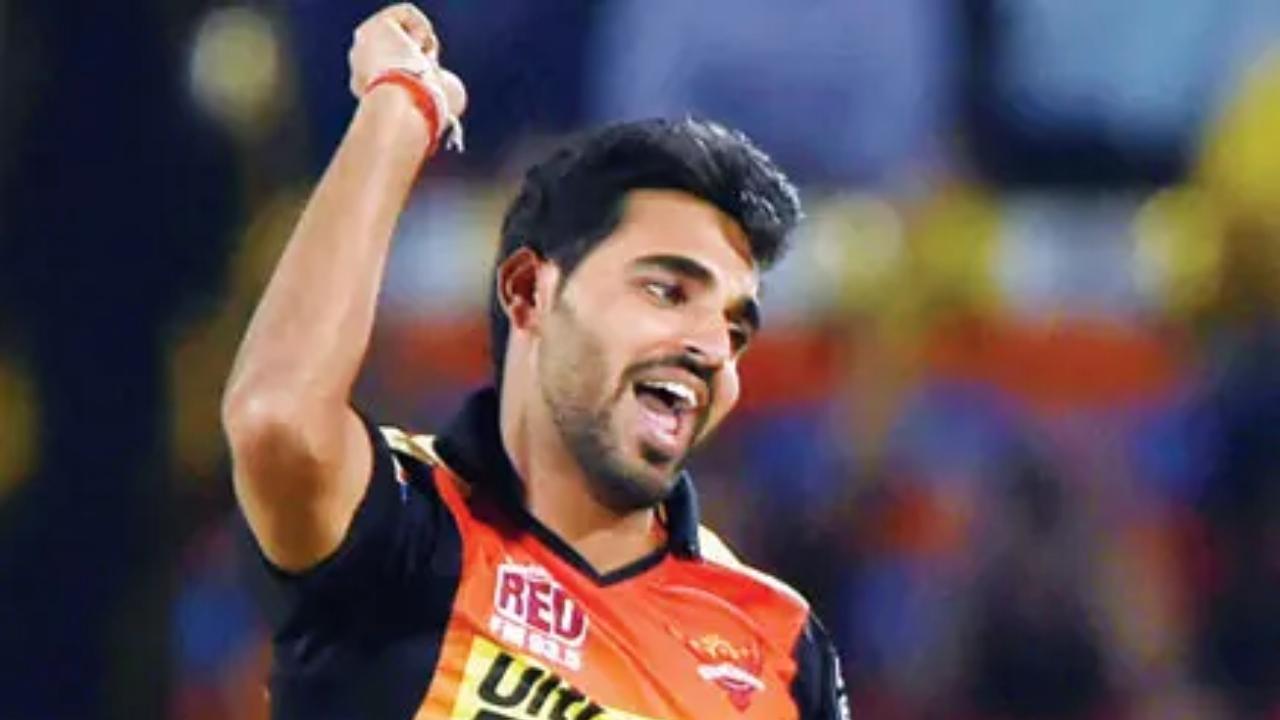 
Sunrisers Hyderabad stand-in skipper Bhuvneshwar Kumar felt that IPL 2022 was a 'challenging season' as he got constantly hampered by injuries. Blistering knock of 49* runs by Liam Livingstone and a quick 19 by Jitesh Sharma helped Punjab Kings to register a five wickets victory over Sunrisers Hyderabad in the last league match of IPL 2022 at Wankhede Stadium on Sunday.

"Have had many positives, Umran Malik and Abhishek Sharma were the obvious positives, but we have a decent core of batting with Aiden Markram and Nicholas Pooran coming up pretty well. As for me, it was a challenging season with injuries hampering me, thought I did a decent job and will look to come back better in the next season," said Bhuvneshwar in a post-match presentation.

Bhuvneshwar led SRH in the last-league stage game against PBKS in the absence of Kane Williamson, as the latter had flown to New Zealand for the birth of his second child.

"Good feeling (on being the captain), but it would have been better if we had won the match. I think we were a lot of runs short (with them winning with 5 overs left), but we had to field better, didn't take our chances and there were fumbles, but this was the last match of the season and that does have an effect. We won 5 on the bounce and had the momentum, but it didn't go our way and we pretty much lost all our matches in the second half of the tournament," he added.

In the match, Livingstone's unbeaten knock of 49 runs helped PBKS chase down the target of 158 with 29 balls remaining and five wickets in hand. Apart from him, Shikhar Dhawan and Jitesh Sharma scored 39 and 19 respectively.

Earlier, Harpreet Brar and Nathan Ellis achieved their respective three-wicket hauls, which restricted SRH at 157/8. For SRH, Fazalhaq Farooqi bagged two wickets, while Jagadeesha Suchith and Washington Sundar settled for one wicket each.