Chakabva was promoted to open the batting with Tadiwanashe Marumani and while the latter departed on 8, Chakabva ended up playing a stellar innings, scoring 84 off 91 deliveries to lay the foundation for a big total 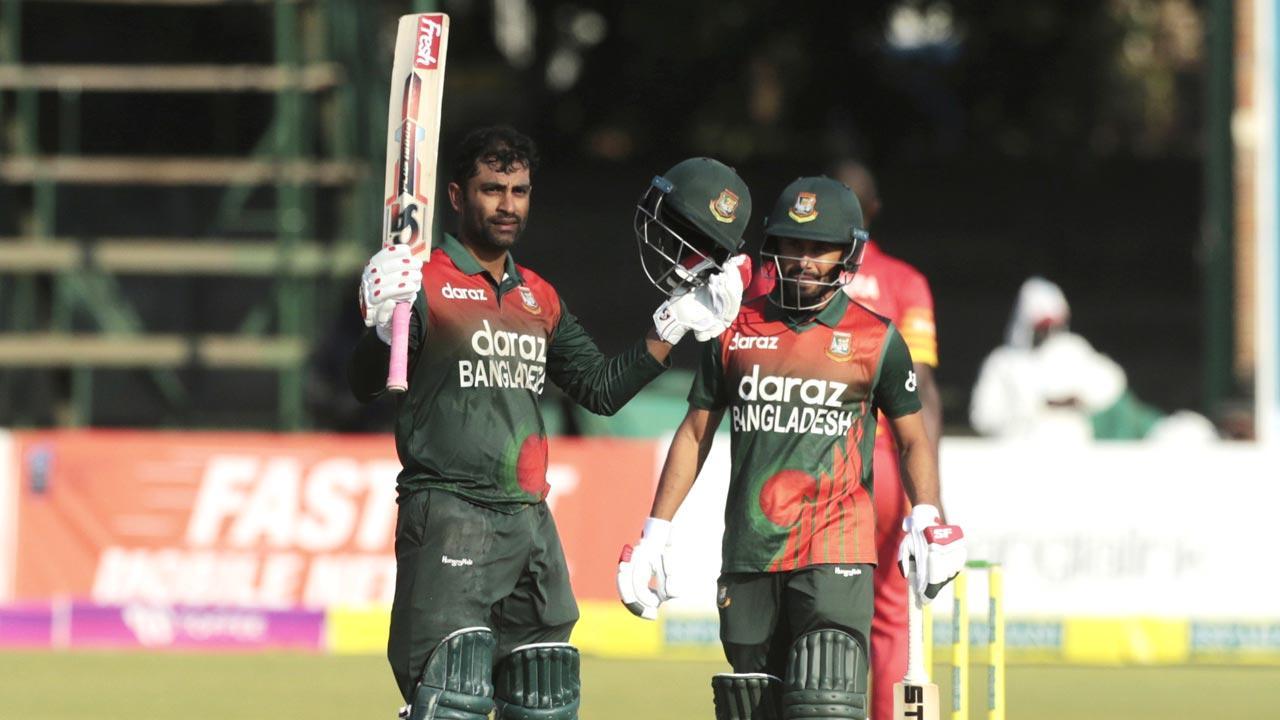 
Bangladesh, riding on a century from skipper Tamim Iqbal, defeated hosts Zimbabwe by five wickets in a high-scoring third and final One-day International at the Harare Sports Club to make a clean sweep of the series.

Earlier, Zimbabwe's Regis Chakabva, Ryan Burl and Sikandar Raza notched up half-centuries to help the home team to 298, giving them a good chance of victory on Tuesday.

Chakabva was promoted to open the batting with Tadiwanashe Marumani and while the latter departed on 8, Chakabva ended up playing a stellar innings, scoring 84 off 91 deliveries to lay the foundation for a big total.

After a middle-overs slump, when the hosts were reduced to 172/5 in the 35th over, Raza and Burl accelerated the innings with 57 and 59 respectively to take the hosts to an imposing total.

Liton Das and Tamim Iqbal then opened the batting for Bangladesh and it soon became evident that Zimbabwe bowlers had their task cut out.

Tamim's fifty came off 46 balls, with Donald Tiripano proving expensive, but when Zimbabwe turned belatedly to Wessley Madhevere's off-breaks, it did the trick. Liton (32 off 37 balls) went for the sweep and got a top edge, which Marumani caught behind square leg.

Shakib and Tamim then took runs almost at will, punishing the Zimbabwe bowlers, and it came as a surprise when the former slashed rather loosely at a ball from Luke Jongwe outside the off stump and was caught.

Next Story : Suresh Raina: Hopefully we can win IPL 2021 for MS Dhoni