Former Indian cricketer Virender Sehwag had a hilarious reply to Delhi University student  Gurmehar Kaur's post on Facebook; however, twitterati had a bag of mixed reactions to this 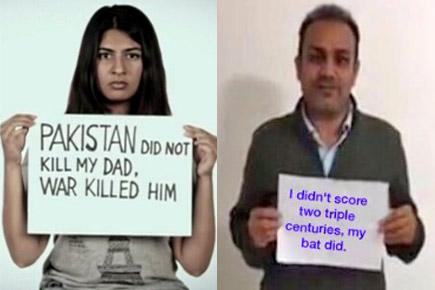 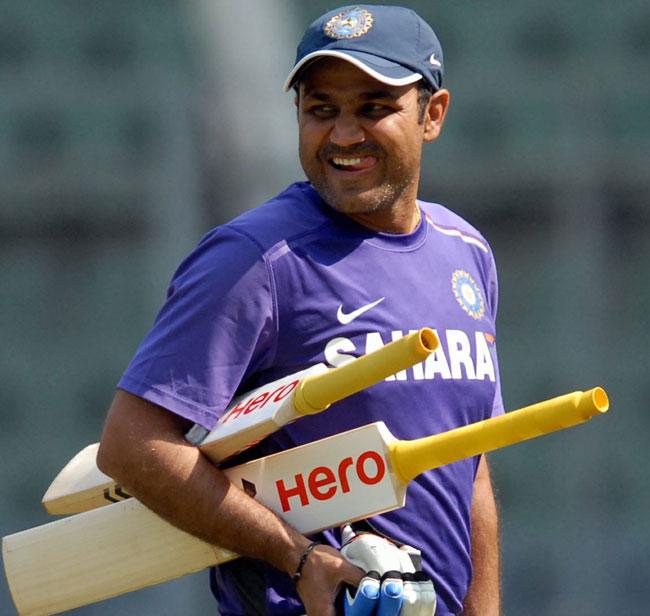 Former Indian cricketer Virender Sehwag is famously known for his ability to hit various bowlers outside the park during his innings. Sehwag, who is currently retired from cricket, took to social networking site to comment on the Ramjas College ruckus.

His post was a sort of a reply to Gurmehar Kaur, the daughter of Kargil martyr Capt Mandeep Singh, who took to Facebook in May last year, to post a status that shows a picture of her holding a placard reading: Pakistan did not kill my dad. War killed him.

After the North Campus clash, Kaur had changed her Facebook profile picture holding a placard which read "I am a student from Delhi University. I am not afraid of ABVP. I am not alone. Every student of India is with me. #StudentsAgainstABVP". Bollywood actor Randeep Hooda reacted to the situation with his own tweet praising Viru Paaji. However, Twitterati had a bunch of mixed reaction to Sehwag's post.

@virendersehwag by having a team tht thinks this is funny and then showcasing it , the jokes on u mister , pick on sum1 ur own age and size

@kukki1411 @virendersehwag if this is his idea of fun , he really needs to stick to commentary abt bouncing balls and crumbling pitches

. @virendersehwag : "My hand shook the hand of the dictator whose orders killed 100s of our Indian soldiers at Kargil, not me" pic.twitter.com/5K3Mrh5FjN

Person on left lost her Father in Kargil War trying 2 save country.

@virendersehwag , I wish you thought with your bat too , there was a much better chance of a sensible tweet.https://t.co/1CmpoTTpcG

@virendersehwag Equating your inconsequential career in a team sport to a person's expression of grief and healing: lanat ap ki shakal per!!

Delhi University's Ramjas College had on Wednesday witnessed large-scale violence between members of AISA and ABVP workers. The genesis of the clash was an invite to JNU students Umar Khalid and Shehla Rashid to address a seminar on 'Culture of Protests' which was withdrawn by the college authorities following opposition by the ABVP. With inputs from PTI.