ENG vs IND: ‘We were inconsistent’ - Head Coach Rahul Dravid 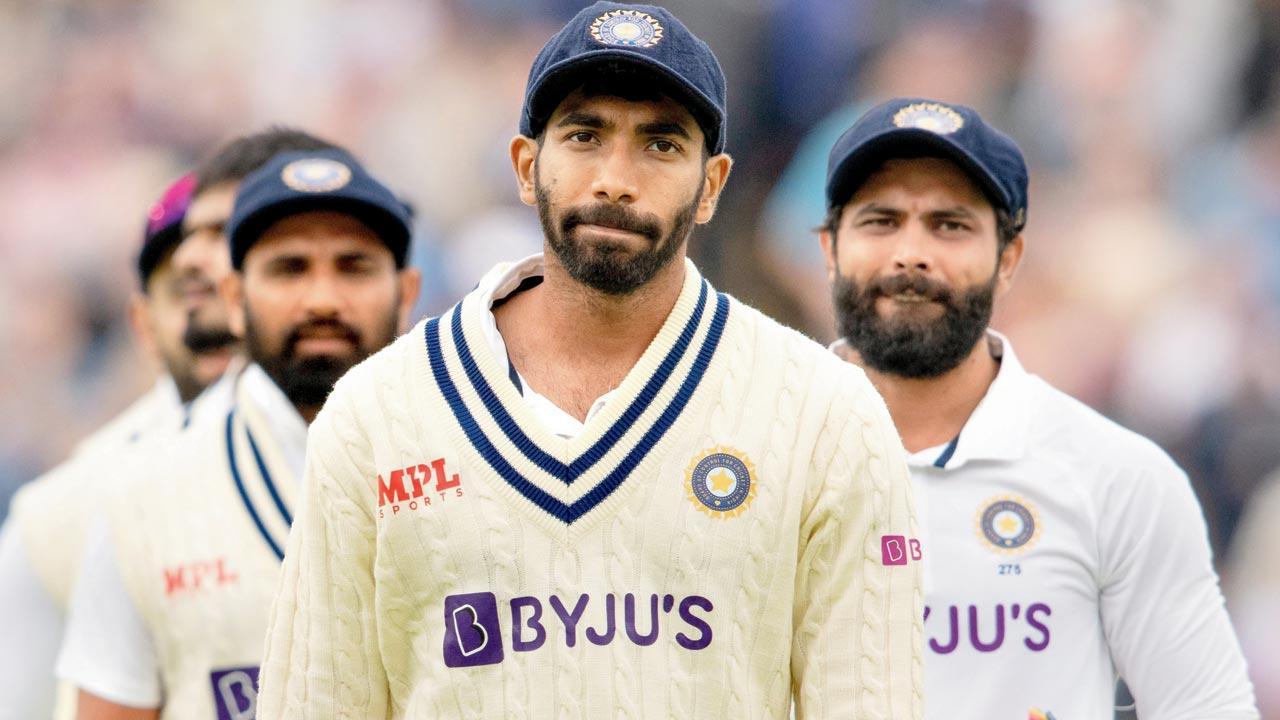 A dejected Indian captain Jasprit Bumrah after the loss to England in the fifth and final Test at Edgbaston yesterday. Pic/Bipin Patel


There was no miracle from the Indian bowlers on the final day at Edgbaston as England’s overnight pair Joe Root and Jonny Bairstow batted relentlessly and just did not give the Indians a semblance of a chance of making a comeback in the game in which the visitors had held the upper hand on three days.

India’s poor batting and bowling on the fourth and the fifth days virtually handed over the game to England.

As England were still 119 runs adrift of a win on the final morning, there were many who expected India to pluck a couple of early wickets and at least make a fight of it, if not win the game. But the placid pitch giving no help to the bowlers, the home team authoritatively raced away to the target in the first session itself.

Both Root and Bairstow went on to complete their centuries and their huge unbeaten double-century partnership of 269 saw England record their biggest chase of 378 in Test history and with it level the five-match Test series two games apiece. With this the home team has retained the Pataudi Trophy, having won the last Test series here in 2018.

Bairstow remained unbeaten on 114 for his second hundred of the match and his sixth this year, continuing a purple patch that has redefined his career, while Root’s unbeaten 142 was a masterclass that took him to his 28 Test century.

The type of cricket the two displayed on the final day is why England are emerging as a new force in Test cricket under a new dispensation—fearless captaincy of Ben Stokes and head coach Brendon McCullum.

After chasing targets of 277, 296, 299 against New Zealand in the last series and now 378 with a flourish, England’s fortunes have turned a full circle from last year when the five-match series against India was suspended due to Covid-fears in the Indian camp, with the latter leading 2-1. It was supposed to be a historic 3-1 series win for India, their best ever since 2-0 in 1986. But it was an anti-climax of sorts, as India failed to drive home the advantage in the rescheduled fifth and final Test.

Head coach Rahul Dravid in the post-match media interaction conceded that India were not consistent enough and their inconsistent batting and ineffective bowling in the second innings were the reason for the defeat. “Of course, from each defeat, we have lessons to learn. In the last overseas tour of South Africa and now in England, we have not been consistent over the five days. The batting and bowling in the latter part of the Test match were not up to the mark and hence this defeat,” said Dravid.

The 2007 Pataudi Trophy-winning captain didn’t believe the absence of spinner Ravichandran Ashwin was also the cause of defeat. “In hindsight, you can say many things. But the fact remains seeing the grass cover on the pitch on the opening day and the lack of spin and bounce later in the game, Ash’s presence would not have made much of a difference [to the outcome],” he said.

Dravid was magnanimous in conceding that England played better cricket and had special praise for Root and Bairstow, especially the manner in which they batted on the fourth and fifth days. “There is no doubt England played good cricket and the fluent manner in which Root and Bairstow batted in the last innings was really amazing. Their brilliant partnership sealed the match for them,” Dravid said.

India have hardly any time for post-defeat introspection, as they will be travelling to Southampton today for the first T20I game on July 7. Thereafter, India will play three ODIs.

23
No. of wickets Jasprit Bumrah took in the series to set a new record for the most wickets taken by an Indian bowler in England