Euro 2020: ‘We dreamt about this,’ says Kasper Dolberg after Denmark enter quarters 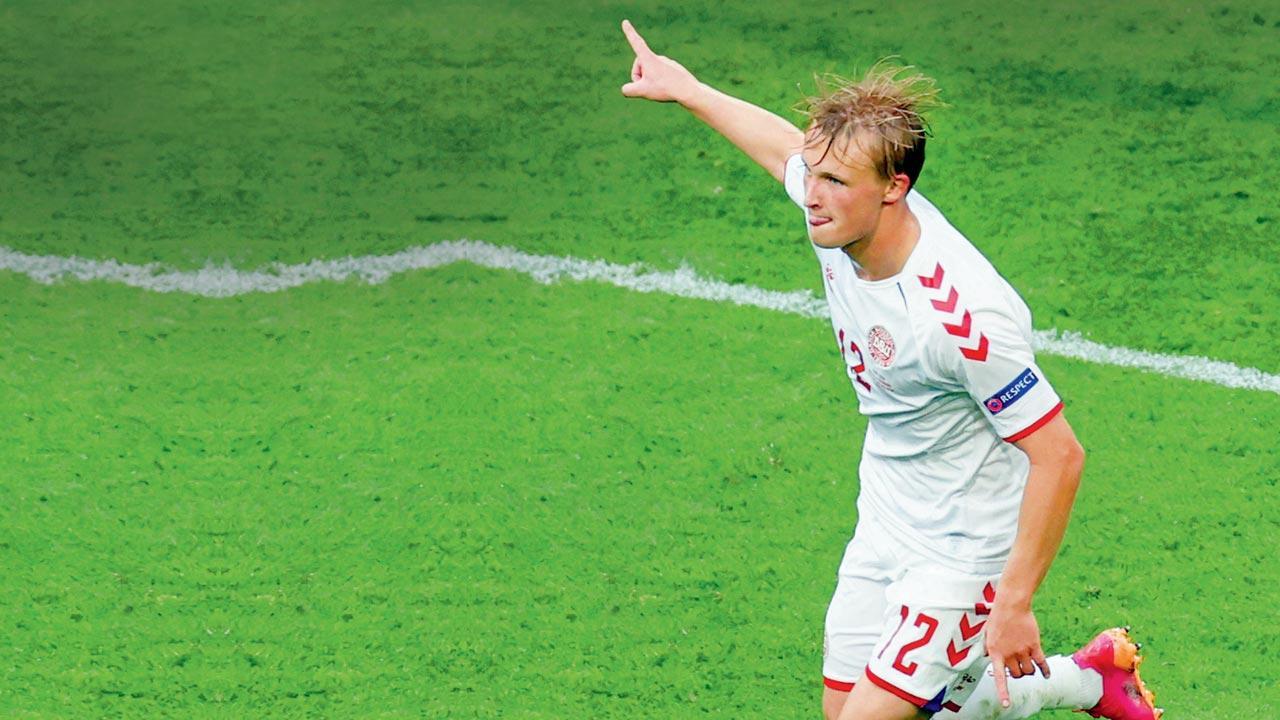 Denmark’s Kasper Dolberg celebrates his goal against Wales during their UEFA Euro Last-16 match in Amsterdam on Saturday. Pic/AFP


Goal-hero Kasper Dolberg insisted Denmark believed they could go far at Euro after Saturday’s emphatic 4-0 defeat of Wales in Amsterdam took them through to the quarter-finals.

“We dreamed about this and at the end of the day we also believed we could get here,” said the striker who scored his side’s first two goals in the Last-16 tie at the Johan Cruyff Arena. “We have a lot of great players. It is hard to say we expected to be here but we are happy to be through to the quarter-finals.”

Dolberg had not started any of Denmark’s games in the group stage but was brought into the line-up by coach Kasper Hjulmand and delivered in style at the ground where he made his name with Ajax.

Dolberg scored his side’s first two goals before Joakim Maehle and Martin Braithwaite added further strikes late on as Wales capitulated, finishing with 10 men after Harry Wilson was sent off.

“This is something I have been waiting for after being on the bench,” Dolberg said. “I felt that I contributed something great today and walking around the city and then to the stadium it felt really special to me.”

Ajax is also where Christian Eriksen made his name and banners around the ground carried the name of the playmaker who is still recovering from the cardiac arrest he suffered against Finland in Copenhagen.

Next Story : Euro 2020: 'We deserve the win,' says Italy boss Mancini after late goals vs Austria