Flying museum in honour of Maradona 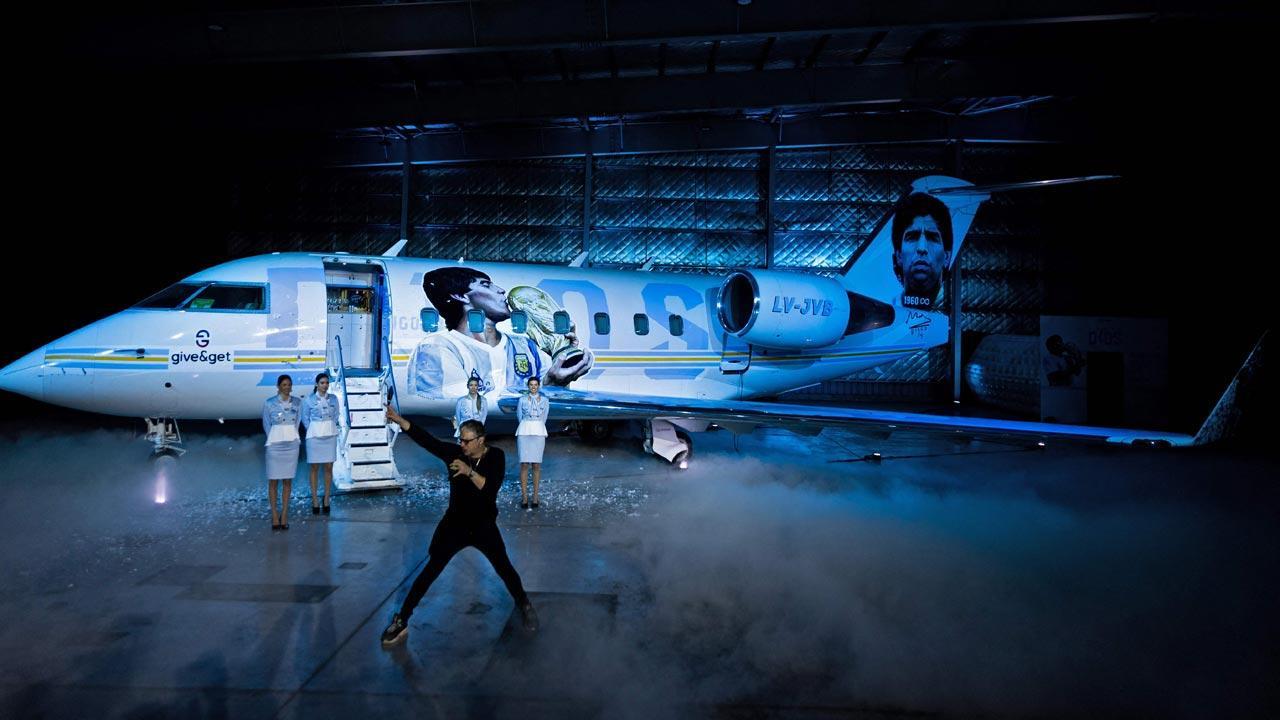 
A flying museum in honour of soccer great Diego Maradona is set to take to the skies.

The—Tango D10S—plane was introduced Wednesday night before it flies around Argentina for fans of Maradona to visit on the ground.

The plane’s exterior is adorned with images of Maradona—who died in 2020 at the age of 60—including one where he wears the Argentina jersey and kisses the World Cup trophy he lifted in 1986. The plane will also visit Barcelona and Naples, where Maradona led Napoli to its only two Italian league titles in 1987 and 1990. Qatar, which hosts the World Cup later this year, will be the aircraft’s final stop in the tour.